Even if the movie turns out to be uninteresting, you won't forget this trip to the cinema

Watch a movie in the open air , in the car, lying on the couch or in the jacuzzi. And most importantly, all this can be done in the cinema!

Summer at the Antipodes begins in December, and with it and film season at the Royal Botanic Gardens. Every evening, the latest and most discussed films are shown on a huge screen, raised to the height of a three-story building. 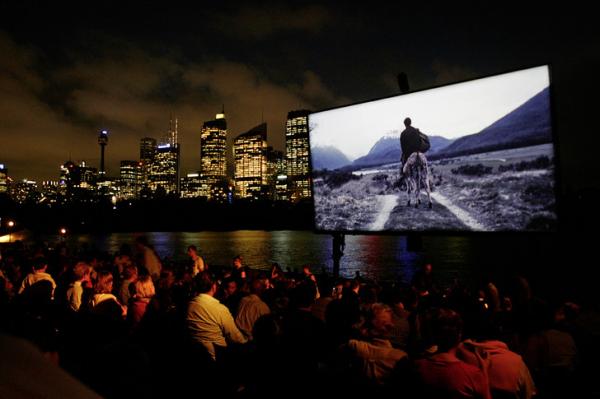 Spectators sit at tables in restaurants or in specially constructed stands on the bay and enjoy: a movie, food, drinks and the most beautiful in the world, as they say Australians overlooking Sydney Harbor, Opera House and Harbor Bridge. 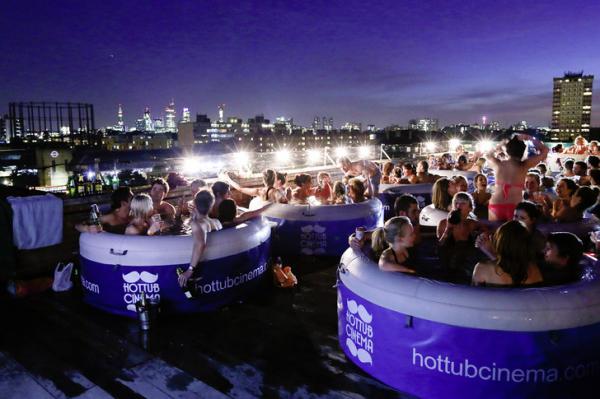 People come here not so much to watch a movie, but to communicate with friends or even make new acquaintances. 30 hot tubs, each of which is designed for seven, allow this. You can book a whole jacuzzi for a company, or you can buy a couple of seats and join other vacationers. It is not forbidden to make noise, drink, sing and dance in the cinema. Each bath is serviced by a separate waiter. 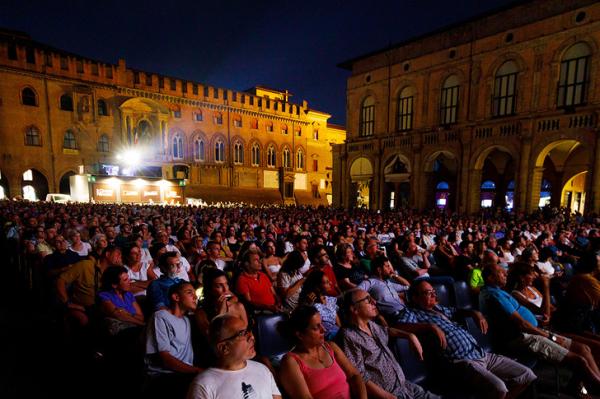 Walk under the porticos during the day, admire the temples and the palazzo, and at sunset go to Piazza Maggiore to take a comfortable seat and watch something completely free from the classics of Italian neorealism or some other classics of world cinema. This is definitely an excuse to visit Bologna in summer. 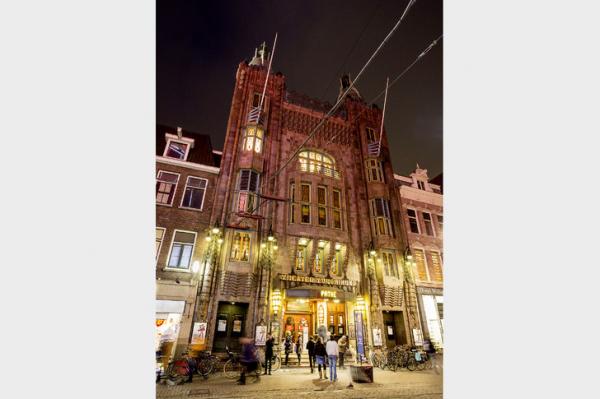 The theater building, built in 1921 by order of the Jewish-Polish businessman Abraham Tushinsky (who died in 1942 in Auschwitz), combines several styles at once: the Amsterdam School, Art Nouveau and Art Deco. The interior of the cinema, which cost about four million guilders, is not inferior to the expressiveness of the facade. In general, in such a beautiful place, it’s almost like nothing to look at.

The multimedia hall is equipped with 20 panoramic screens, which show both old black-and-white films and new feature films, as well as animation. On them, the paintings of great artists come to life during exhibitions. The total area of ​​the image is 500 square meters. There are ottomans in the hall that the audience can drag as they wish. 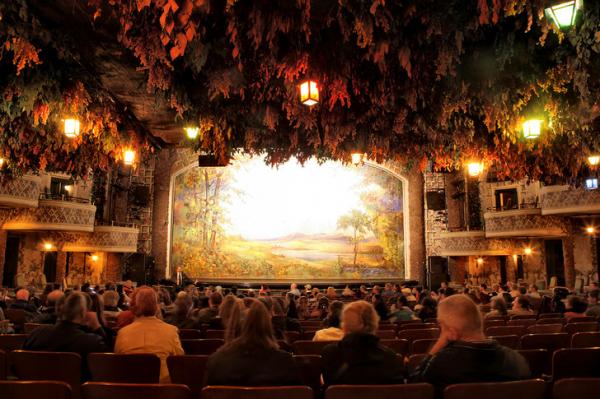 Dry beech leaves hang from the ceiling; lanterns twinkle like stars through garden bars; Floral wall decorations add to the magic of the Edwardian Winter Theatre. Once it gave vaudeville. The Toronto International Film Festival is screening today. 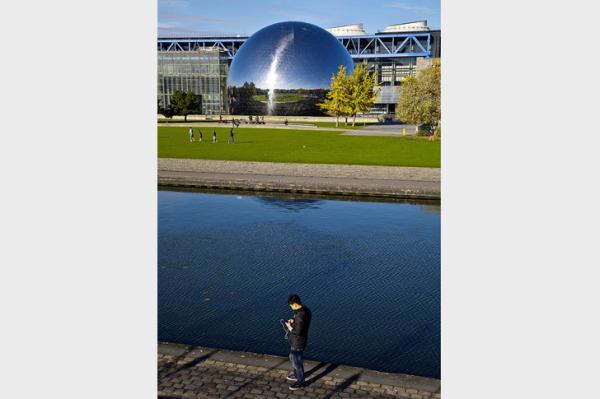 The diameter of the sphere, consisting of 6433 polished stainless steel triangles, is 36 m, which corresponds to the height of a 12-story building. Under the dome there is a cinema hall with a hemispherical screen with a diameter of 26 m. 400 seats are tilted at an angle of 27 °.

Themed cinema-theater-restaurant in Hollywood Disney World is made in the style of the 1950s: then cars drove up to open-air cinemas. The booths-tables for spectators here are designed in the form of convertibles, the waiters drive up to customers on roller skates. Popcorn is featured as a free snack. And the movie menu features a selection of the most popcorn movies out there, such as “Attack of the 50 Foot Woman” or “Frankenstein Meets the Space Monster.”