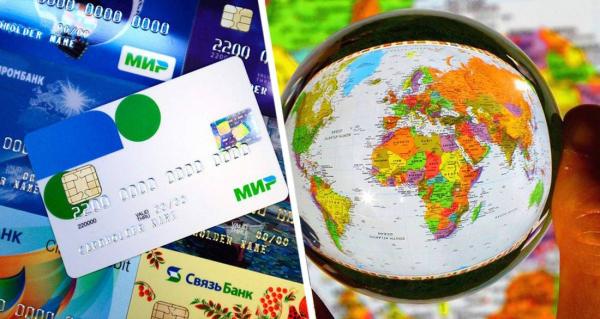 Sanctions pressure against the Russian Mir system has affected another country: as stated in the Turkish media, the service of Mir cards was stopped in Kyrgyzstan. According to their publications, the Central Bank of Kyrgyzstan announced that the country's banks had stopped servicing Mir cards due to US sanctions.

Earlier, similar statements were received from Kazakhstan and Turkey. As a result, Russian tourists will not be able to use Russian Mir bank cards abroad.

In total, Mir cards are used in 11 countries and regions outside of Russia. These countries are: Turkey, South Ossetia, Belarus, Armenia, Kyrgyzstan, Kazakhstan, Tajikistan, Uzbekistan, Abkhazia, South Korea and Vietnam. In most of these countries, problems have already arisen with the use of Mir. However, in Turkey they themselves are not happy with such “maneuvers” of their banks and are trying to think of workarounds, up to the “entry” of Russian banks into the territory.

For those who care about a healthy lifestyle, we recommend reading: “Gastroenterologist explained why heartburn gets worse with age and how to deal with it.