The subtropics of Russia originate from the village of Agoy. This is an area of ​​the Black Sea coast with coniferous forests, high mountains, waterfalls and clear sea. The inhabitants say that their water is of amazing purity. Most tourists prefer to visit the sights in Agoy during their holidays. The village is located on the Black Sea coast, 12 kilometers from Tuapse. Resort towns are connected by roads, on which buses and minibuses run regularly. Trains and electric trains run to Tuapse.

List of the main attractions and entertainments of Agoy

Most of the memorable places in the village were created by nature itself. What places should each visitor pay special attention to:

Kiselev Rock, which is a stone cliff with three faces, is located between Agoy and Cape Kadosh. The smooth facade wall is 43 meters high, plummeting down to the sea. The foot of the cliff is occupied by a beach zone, and the peak is occupied by a broad-leaved forest, as well as pebble deposits. The rock was named after the artist of the same name, who captured local landscapes on his canvases;

Mouse holes, which are small caves formed in the coastal rocks. They settled along the coast towards Tuapse. During a storm, it is better not to get to them, because the area is flooded with water. Therefore, it will be difficult to pass, because the bottom is very uneven and rocky;

< p>Agoy pass leading to the rocky area of ​​the same name. The rocks are crumpled like an accordion. This form has been in the making for many years. The Agoy rocks are a real monument of nature. At the very top there is a monument in honor of the soldiers of the Taman army, they took part in the battles against the White Guards. The local observation deck allows you to admire the beautiful panoramic views – the rocky terrain and the Agoy River. This is a favorite place for newlyweds, because their traces always remain here; 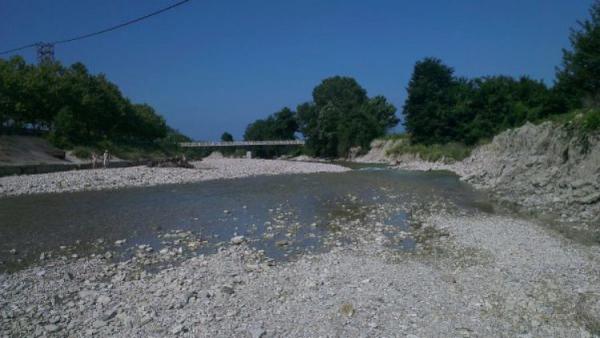 Agui-Shapsug is a village 4 kilometers upstream of the Agoy river. There are dolmens and the site of an ancient man. Up close, you can admire the Wolf Rocks and the settlement of Satenok, which are famous for their unique springs. 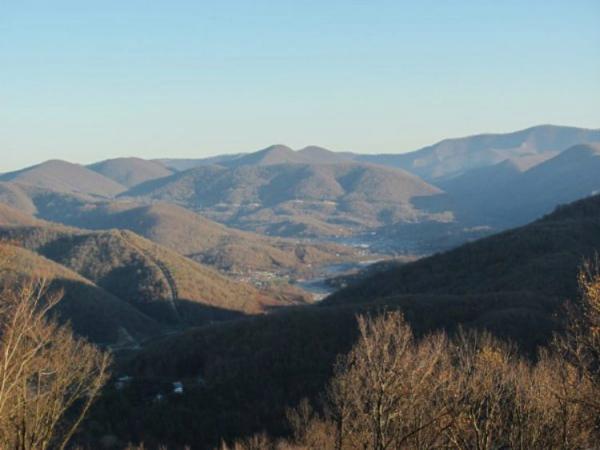 What everyone should do in the city:

test yourself in the role of well-known actors. It was on the rock of Kiselyov that the famous episode about the fishing of Senya and Gesha in the “Diamond Hand” was filmed. Tourists love to try on these roles at this place; watch the performance of paratroopers. Demonstrations are held in spring and autumn. Hang gliders also come to Agoy. You can test your strength and feel a powerful surge of adrenaline.

Photos of sights and entertainment in Agoy are amazing, because most of the famous places are created by nature itself. Such a vacation is suitable for those who like to spend time in nature, breathe fresh air and swim in the clear sea. 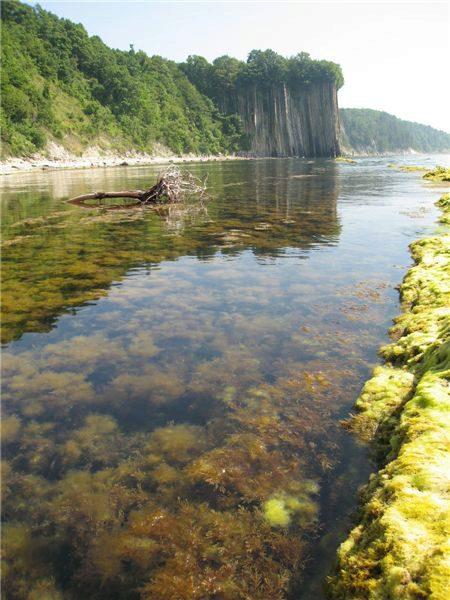 There is a fascinating local legend. The Kiseleva Rock also has the name of the Rock of Tears. The Adyghe legend speaks about this. The rich prince owned numerous orchards. His daughter took a fancy to the seaside rock. The dzhigit fell in love with the girl, but had to pass the test in order to get her as his wife. The father said that the girl would be on a rock, it would be possible to find her by fire. But she put the lamp in a log and let it float on the sea. The groom swam after the fire, but because of the heavy chain mail he could not swim back. The girl mourned her lover for a long time, but, not resigning herself to the pain of loss, drowned herself in the sea. Today, local shepherds assure that on the night of her death, they hear sad songs and moans, and also see fire over the water.

Check out the beautiful places of Agoy in this wonderful video!

Features of rest in the tourist village

The local beach is very clean, strewn with pebbles. The coast is shallow, the descent is smooth, so couples with small children like to relax here. The season starts at the end of May, when the water warms up enough, and ends in the middle of autumn. The central beach of the village can be used free of charge. It is advisable to stock up on beach slippers, as sharp stones are often found. The territory is very vast, the bottom of the sea is gently sloping without ledges, so it is very convenient to swim and dive.

Rent a catamaran in Agoe

Other local beaches are local boarding houses, but they are often not free. Along the coastline there are local cafeterias and souvenir shops. For lovers of bright entertainment, it is offered to rent a jet ski, a catamaran and even sailboats. In the village there are several cafes and restaurants serving local cuisine: delicious meat, vegetables and various types of alcoholic beverages. Kuban cuisine is served at the entertainment center Kazachiy Khutor. The pricing policy of the local establishments is very attractive. Loud music plays in cafeterias near the beach, there are all kinds of special offers. During the beach season, closer to the night it is very noisy and crowded. You can find quite decent places with delicious cuisine.

< p>Before the start of the holiday season in Agoy, all hotel complexes begin their active work. They are located near the sea line. Most of them are awarded two or three stars, but the status is more formal. The rooms have everything you need for a comfortable stay, the balconies offer a great view of the sea. The price of rooms will depend on the season, the most expensive – in July-August. At other times, rest is much more affordable. Alternatively, you can rent a private house or room. The comfort level will be a little lower, but it's more affordable. You will also have to take care of cooking yourself. The tent city is also worth considering. This option is suitable for those who like to relax “savages” because of the love of nature. You don't have to pay for accommodation. In the village, you can go to the “Magnat” store for the necessary products at an affordable price. Roadside stalls also offer various items and products. For large purchases, you can go to the Central Market in the neighboring village of Nebuga. Speaking of souvenirs, here you can see the usual variations of beach crafts made from shells, beads, a cheap necklace.

From the pedestal to the soldiers of the Taman army to the peak of the Agoy Pass, a path was laid to the observation deck wrapped in chestnuts. Standing on it, you can admire excellent views that are amazing regardless of the time of year. 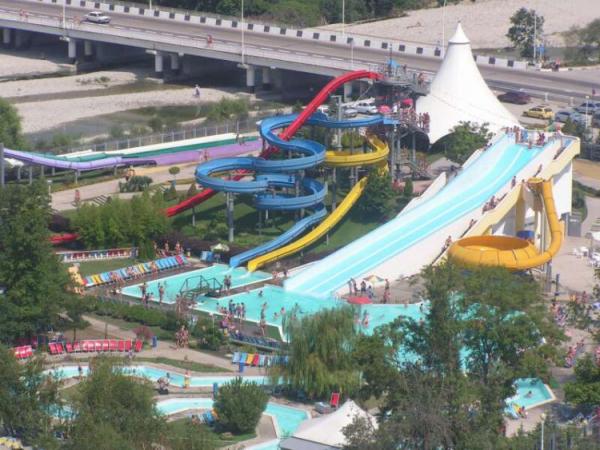 Due to the favorable microclimate, it is always interesting and comfortable to rest here. Thanks to the mountains, the village is protected from gusts of cold wind. Even in winter, the temperature does not fall below zero, the average is about + 4ºС. In the middle of summer, the temperature is around +24ºС. There are close to 200 sunny days in a year. But the best time to visit is during the swimming season. Due to the beautiful pebble beach and the purest sea water, it is very comfortable and pleasant to sunbathe and swim here. The width of the beach area is about 25 meters. Vacationers can try the usual beach activities: ATVs, parachuting, jet skis, various slides on the water.

The local Ice Palace has a skating rink and a rollerdrome. Anglers will also have something to do. A water park and a dolphinarium are open next door in Nebug. 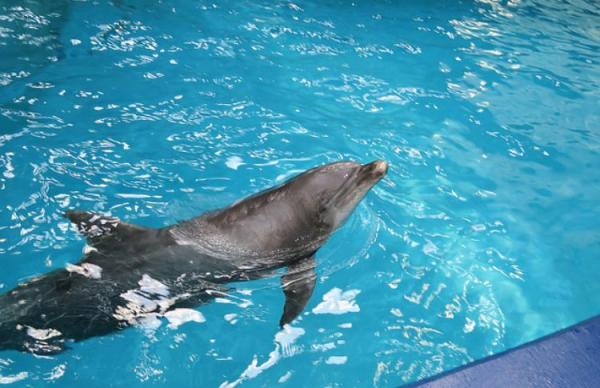 On the beach you can rent a pleasure boat and go on a sightseeing trip with an entrance to the Kiseleva rock. There is a small airport in the river valley. But these days it does not carry out regular passenger transportation. It acts as a military unit where paratroopers and hang gliders train. In spring and autumn there is an opportunity to take training. You can evaluate the skills of the military during demonstration performances. A spectacle worth seeing. Even residents of large resort towns come to Agoy because they want to enjoy clean water and air. Amazing nature attracts with its beauty and untouchedness. The inhabitants assure that it will be difficult to find such pure water and delicious shish kebab. Such a holiday is suitable for those who like to spend more time in nature.