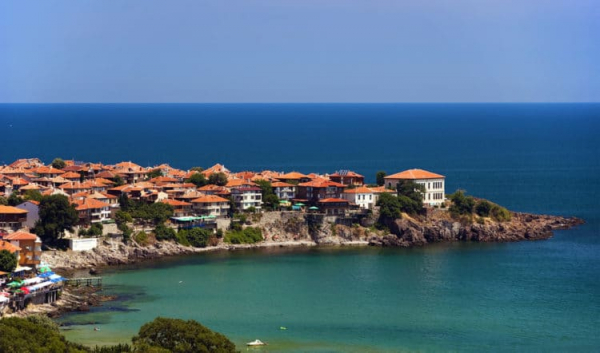 If you want to know what to see in Burgas, read our article. We will tell you about the most fascinating and popular tourist attractions in Burgas and show their photos.

What to see in Burgas in the first place?

In order to make our review as complete as possible, we when compiling it, we took into account the recommendations of experienced guides and travelers. As a result, our rating looks like this: 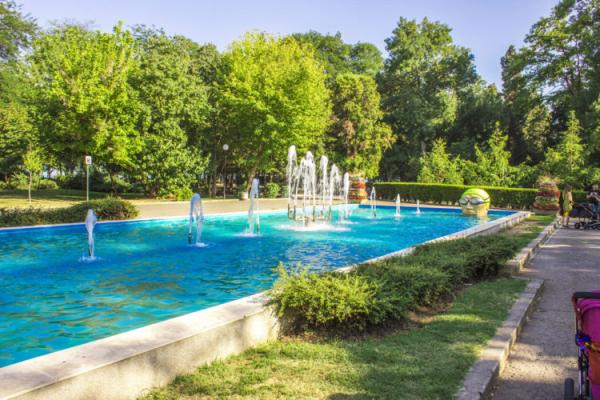 Fountains in the Seaside Park

Another name for this attraction of Burgas is “Morskata Gradina”. We advise you to definitely take a walk among its shady alleys, see the numerous monuments and sculptures, fountains and green flower beds. A beautiful park area stretches along the embankment for 7 km. There is a small zoo, a large number of souvenir shops and cafes. As well as an open theater, on the stage of which exhibitions and concerts are regularly held. You can rent a yacht or a boat at the local boat pier. 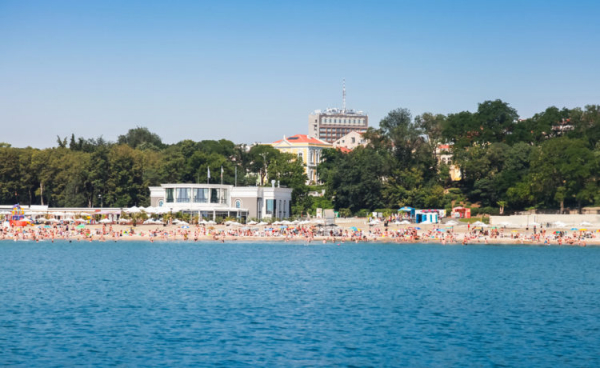 If educational excursions in Burgas are of little interest to you, go swimming in clear water and sunbathe on the golden sand of a two-kilometer local beach. For fans of active sports, there is also everything you need, including equipment rentals. Due to the gently sloping sea bottom, a trip to this beach is especially popular with vacationers with children and those who cannot swim well.

The geographical center of Burgas, marked with a bronze bas-relief in the form of a compass AlexFilipov85

The view of this attraction of Burgas is a stylized decorative tile with embossed heraldic symbols of the city: a trident, a fish, a laurel crown and a ship. Location – pedestrian Alexandrovskaya street. The exact coordinates of the area are marked on the tiles – longitude and latitude, and the rays of the mosaic compass indicate 4 cardinal points. You can be guided by them when you decide where to go in Burgas. The work belongs to the famous sculptor Damaskov and architect Milkov. 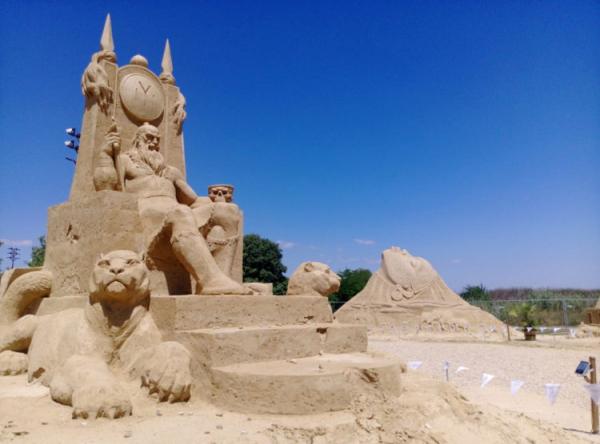 The event is held in the city from July to the end of September. Sand art objects are created by the efforts of craftsmen from different parts of the world. In order for the masterpieces on the green range not to collapse ahead of time, they are covered with a special compound. Don't know what to see in Burgas in summer? Then come to the sandy town to relax among subtropical trees, play tennis, ride horses and enjoy the view of architectural masterpieces from tons of sand. The cost of a ticket to an event does not exceed a few dollars. 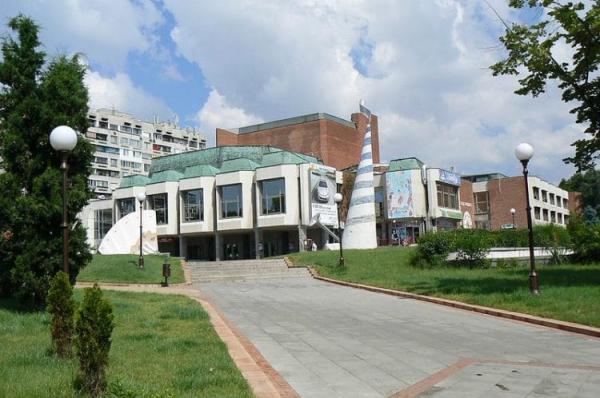 No other “musical” attraction in Burgas has such a large number of fans as the city opera. In addition to operetta and classical operas, musicals, ballets, children's plays and dramas are given here. On summer days, performances are held on the open stage. The theater actively cooperates with world opera celebrities and often organizes their concerts. The main center of the cultural life of the city.

Be sure to watch this beautiful video about Burgas!

Exposition of the Prehistoric Hall in the MiremS Archaeological Museum

In the museum complex you can get acquainted with artifacts discovered by archaeologists during excavations in the surrounding area. There are expositions with exhibits of the Neolithic era – stone and bone objects, ancient tools. As well as collections that tell about the life of the region in ancient times, artifacts that characterize the Byzantine, Ottoman and Roman cultures. Such informative and interesting places in Burgas are worth visiting with the whole family. 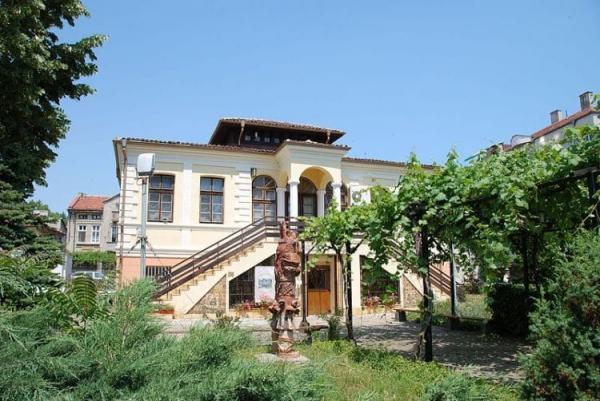 Your trip will be incomplete if, while visiting the sights of Bulgaria, you refuse to visit this unique museum. On the ground floor of the building there is an exposition dedicated to women's fashion of the 19th century, as well as temporary exhibitions. On the second floor, traditional outfits of different ethnic groups of the region are presented: Alians, Zagortsy, mountaineers and others. Every tourist will be able to see the production process of national self-woven rugs. And also take part in gatherings where women in national costumes spin wool, knit, embroider and sing. Even the most experienced guides in Burgas are not able to tell you about the city as much new and interesting as this museum.

8. Cathedral of Saints Cyril and Methodius

The largest and richest church in the city with ancient icons, a luxurious interior and an original carved wooden iconostasis. One of the most famous relics kept within its walls is the “weeping” Pr. Mother of God. The main entrance to the church is decorated with a huge mosaic panel depicting St. Methodius and Cyril. 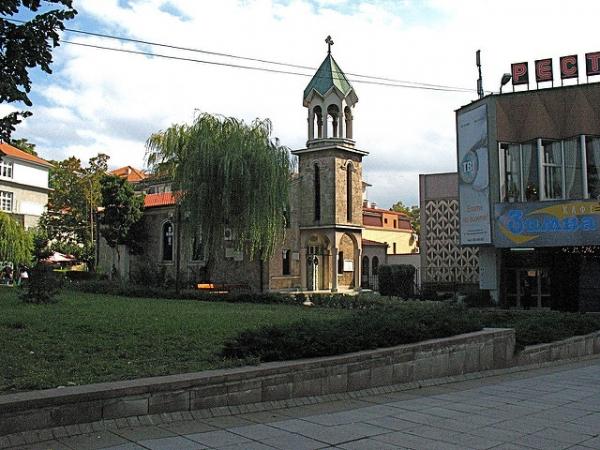 Traveler reviews describe this place as quiet and peaceful. You will not see gigantic volumes, architectural excesses or golden decoration here. But in the list of “the best sights of Burgas”, this temple is certainly included. Near the entrance there is a memorial plaque dedicated to Lermontov and a monument. 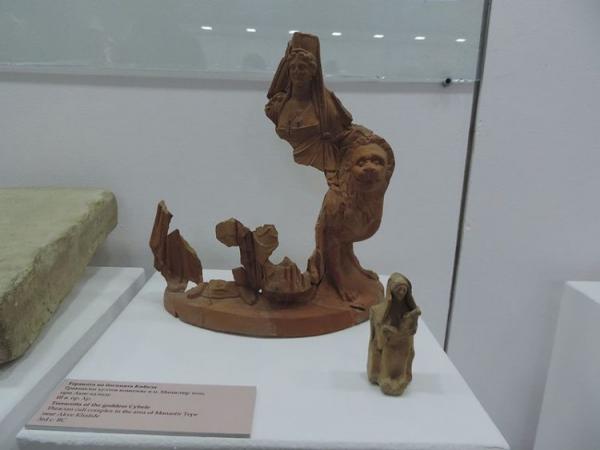 A unique archaeological monument with destroyed baths, fragments of ancient mosaics and the remains of ancient buildings can be seen at any time of the year. By the way, the most valuable finds of its researchers are taken to the local archaeological museum, which we have already mentioned above.

Burgas sights: what else to visit in Burgas?

We have briefly talked about the main sights of Burgas. However, this is not all the entertainment and historical monuments that you should see in the city: 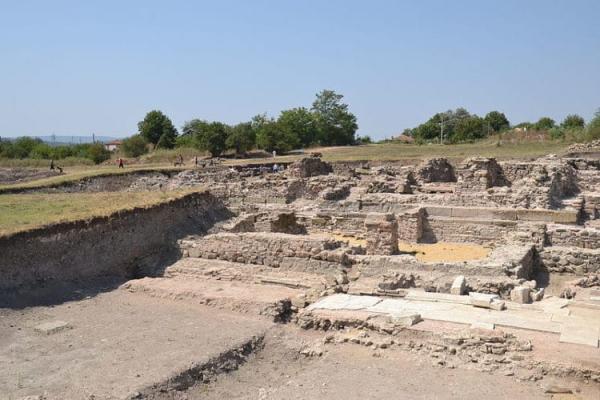 The former and only colony of independent Romans, with an area of ​​​​5 thousand square meters. m. A must for those who are interested in ancient civilizations and do not know what to see in Burgas in 1 day. A remarkable archaeological site is located near the city and the sea coast. A little over 7 years ago, the ancient Deultum was included in the list of “wonders of Bulgaria”. It is also present in our review “Sights of Burgas photo with names and descriptions”. 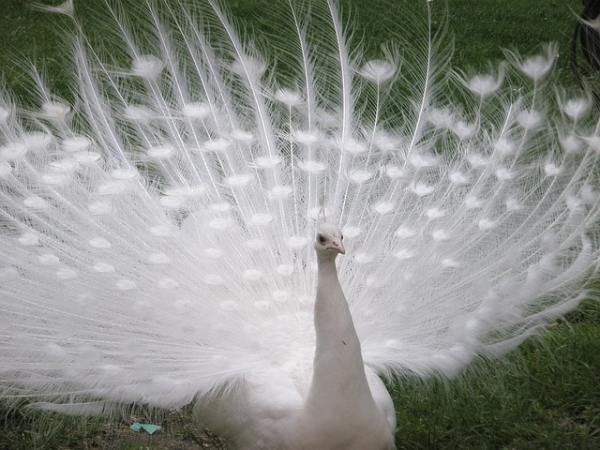 A private farm and the only peacock reserve in the country (the owner is K. Dybov). Currently, over 25 varieties of various exotic birds live here, including beautiful Indian peacocks. Travelers can enter cages with birds and take original photos. In addition, there is a huge orchard here: you can eat apricots, cherries, peaches and other fruits by picking their branches from numerous trees. 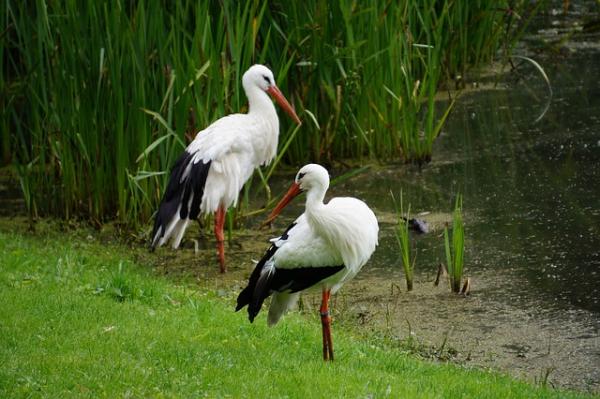 Storks in the swamps of the Poda Nature Reserve

Another ecological protected area, which is the habitat of various birds. In the protected area, there are also salt lakes, which create an ideal environment for herons, pelicans, cormorants, waders and other aquatic creatures. During bird migration, storks come here. What to visit in Burgas with children? This biosphere natural park. 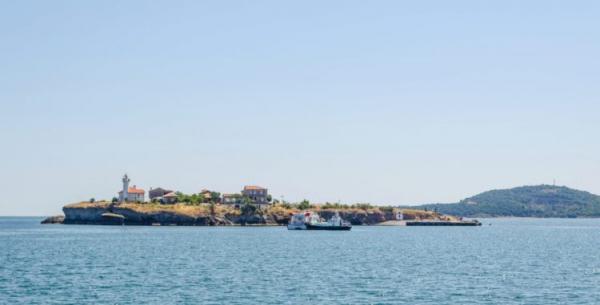 Today, the island with an area of ​​more than 2 hectares is the property of the Orthodox Bulgarian Church. In addition to the temple of the 8th century, which was destroyed more than once by sea robbers, there is a lighthouse of 1912 on it. At the beginning of the 20th century, a concentration camp was erected here, but it was soon closed. Now the island has a restaurant serving dishes of national and European cuisines. By the way, if you are looking for hotels in Burgas, you can stay on vacation here. A small private hotel with 5 cozy rooms has been opened on the territory, with balconies and terraces overlooking the endless expanse of the sea. Five times a day, a ship sails from the wreck and back.

Sunset on the lakes of Burgas

The largest body of water in the country, famous for its size and beauty. Over 250 species of birds live on the lake, some of which are protected by the Red Book of Bulgaria and are rare even for European countries. There is a bird sanctuary on the west coast. Unfortunately, after the industrial catastrophe of the 1980s, the ecological situation here remains rather complicated. Therefore, when choosing a place for swimming and eating local fish, one should be prudent and careful.

Now you know what you should definitely visit in Burgas. We hope that your stay in the hospitable city will be fun, easy and educational. Read also about the sights of Varna and be inspired to travel further in Bulgaria.