For many people in Russia, a country like Moldova is unknown. Despite its small area, low population, it has a fairly rich history and culture. The sights of Moldova are unique in their kind and each of them deserves attention. During its existence, the state “suffered” several historical transformations. What to see in Moldova is described below, if possible, the places suggested in the list are better to visit.

What to see in Moldova in the first place?

Any trip must be carefully planned, then it will definitely will be remembered for bright events, interesting places. In the Middle Ages, there were whole wars of independence in this country, these and other events are reflected in some sights. Below is the rating of the most significant for the state. 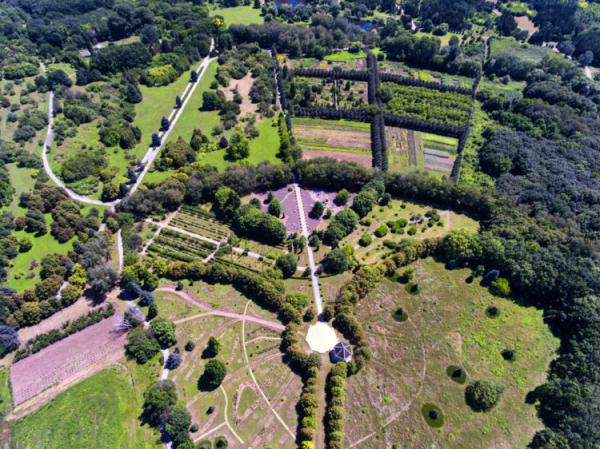 For residents of Chisinau, this piece of land, planted with bushes, flowers and trees, is one of the main attractions, a favorite vacation spot. The year of its creation is 1950. Today, the area of ​​more than 100 hectares is divided into sectors. Some contain exclusively arboretums, shrubs, there is a flower production area. Not without plants of tropical, subtropical origin in the garden. A lot of space in the garden is allocated exclusively for experiments, there is also a hybridization sector. What to see in Moldova in 1 day? You can get acquainted with the varieties of the country's relief, of which there are 24 types in one place. 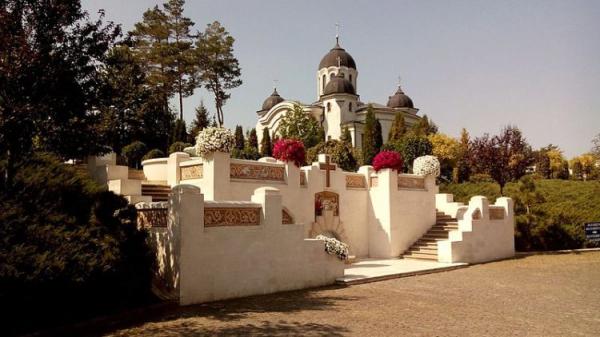 An immovable remarkable object of spiritual creativity of the 17th century is considered one of the main attractions of Moldova. It rises on beautiful hills with dense forests. On one terrace there is a monastery along with buildings for household purposes, and on the other there is a pool-pond made of natural stone. Since 2000, the Kurki monastery has been under the auspices of the UN. It was decided to start restoration work with the funds of the organization in order to restore the building. To date, they have not been completed. 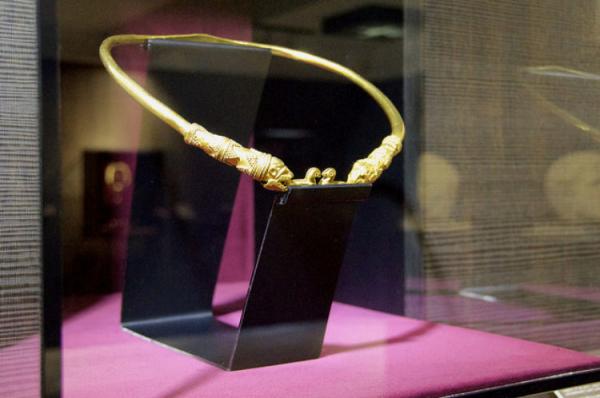 An exhibit of the National Museum of the History of Moldova U.S. Embassy Moldova

Performing a review of the institution in which historical monuments are collected and stored, I would like to say that the institution is located in a former general education institution for men. It was the first in the described state. Today there are 10 sites where products are presented. The expositions are not only permanent, but also temporary. Numismatic and archaeological collections are of great interest to tourists. One of a kind exhibits include the tip of a war chariot, a helmet of a representative of the ancient warlike Thracian people, a candlestick made of bronze.

4. Cathedral of the Nativity in Chisinau 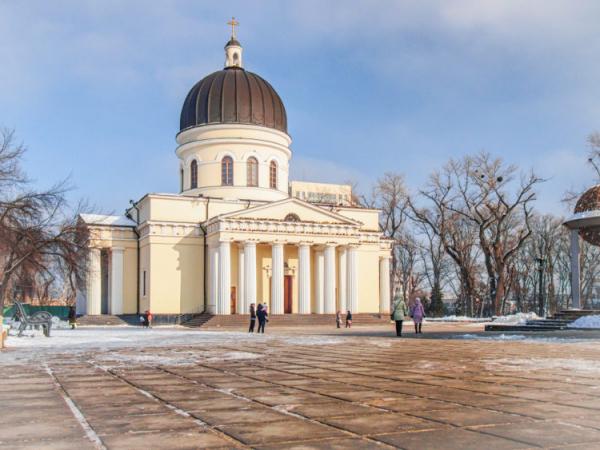 View of the Cathedral of the Nativity of Christ in Chisinau

This landmark of Moldova is one of the main religious ones, it is located at the intersection of two main streets in Tiraspol. It was built in just a year. The large church is part of an architectural complex that includes several buildings. We are talking about the parish house, the diocesan administration, the Sunday school, the church for baptism. Excursions are often organized here in Moldova, because the place is very beautiful, the building is stylized as Russian classics.

5. Museum of Ethnography and Natural History

Facade of the Museum of Ethnography and Natural History Luytique

Throughout the territory of the described state, it is the largest, oldest. Located in the city of Chisinau, back in 1889 the Museum of Agriculture was created. It was located in another building, because there was not enough space to store all the expositions. Nowadays, this landmark of Moldova is considered an important scientific and cultural center of the historical region in southeastern Europe. His fame spread far beyond the borders of the state. The room consists of two large halls, one is decorated on the theme of flora and fauna, the other introduces historically important events, culture and customs of Moldova.

Be sure to watch this beautiful video about Moldova!

Do not know what to see in Moldova, go to a mysterious place – a small village. Nothing has changed since the first mention. There is a unique historical monument that attracts tourists with many legends and tales about itself. Reviews of this place testify that its beauty and originality simply cannot but be admired. Along with the monastery, you can see many waterfalls here, which are breathtaking. Moldovan guides tell a lot of interesting things about the monastery and the settlement itself. 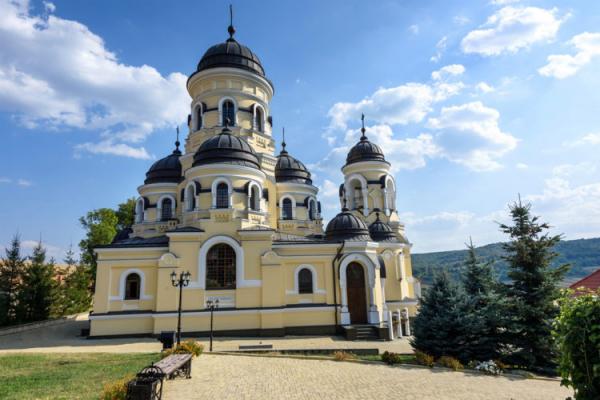 It is located in the village of the same name, located 40 km from Chisinau. It was first built of wood in 1429, but a few centuries later a large stone church “grew” in its place. About 70 years ago, the monastery was closed, dispersing all the monks, it was decided to use the building as a children's tuberculosis dispensary, but in the early 90s it was returned to believers. Thinking about where to go in Moldova? Visit the Caprian Monastery, you won't regret it.

Pushkin House Museum in Chisinau. The sights of Moldova are scattered throughout the country, but most of them are concentrated in Chisinau. One of them is the house where the famous poet A.S. Pushkin lived during his exile. He described this period of his life in the work “Black Shawl”. There was also the poem “Prisoner of the Caucasus”, which was created under the impression of the beauty of Moldova.

Sights of Moldova: what else to visit in Moldova? 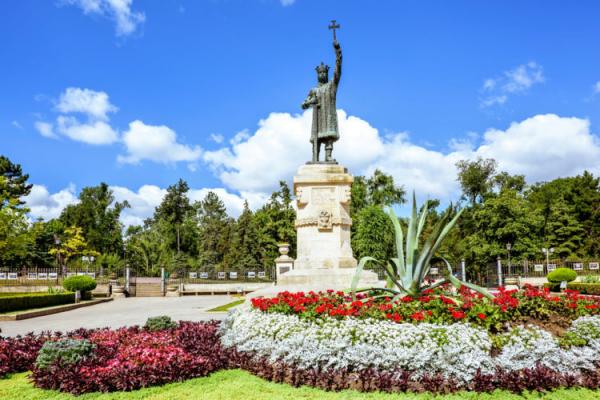 Monument to Stefan the Great in Stefan cel Mare Park

What to see in Moldova? Visit the oldest park and you won't regret it. It was built in 1818, the initiator was the governor's wife. Other sights of Moldova are located on the territory of the park, namely, the monument to Pushkin, Stefan cel Mare, many beautiful fountains, stone lions. It is believed that visiting the oldest park in Chisinau in Moldova is really worth a visit. 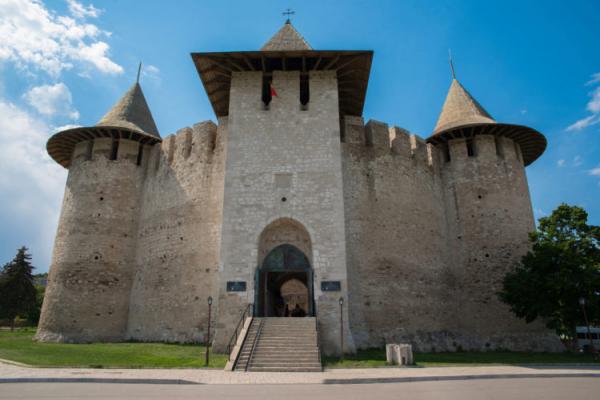 It is a unique example of defensive architecture of the 15th century. This landmark of Moldova was once built to protect the garrison and local residents (the city of Soroca) from the Tatar invasions. In the photo it can be seen that the fortress today is in good condition. It includes 5 towers, the height of the walls is 21 m, the thickness is as much as 3 m. A characteristic feature of the Soroca fortress is the similarity with those in northern Italy. 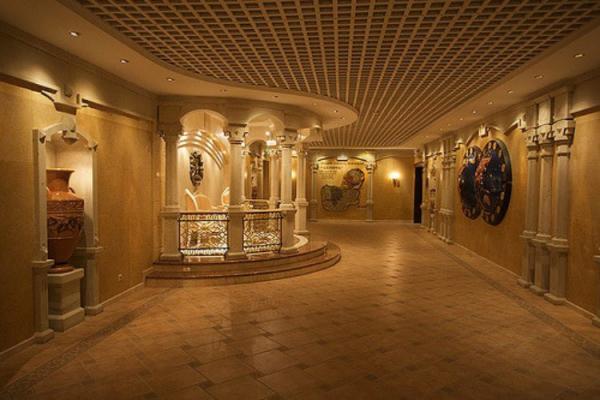 It is possible to think that today it is the most famous plant in the country. Its uniqueness lies in the production of champagne using classic champagne technology. The official description says that the company is engaged in the production of vintage and ordinary wines. The length of the cellars reaches 120 km, the collection itself already includes more than a million bottles of wine. Still do not know what to visit in Moldova? Take a look at the winery, where the remains of the world-famous Goering collection are stored in its cellars. 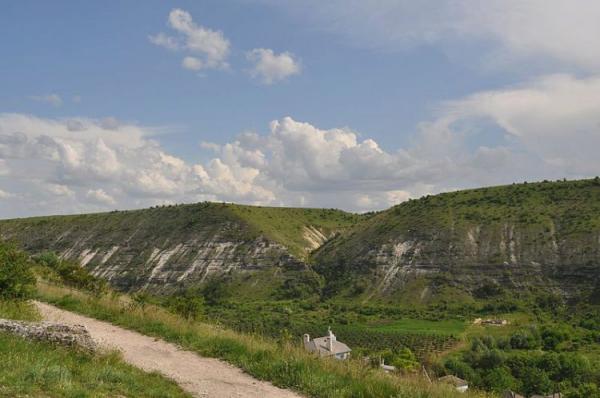 This is the name of a full-fledged historical and archaeological complex. It has a rich history, is characterized by an incredibly beautiful landscape, and many legends are associated with this place. Going on a trip, try to see high limestone hills with powerful energy. Their appearance cannot but fascinate, it is also surprising that they are more than 14 million years old. Excavations at this site have been going on since the 1940s; the museum complex itself was formed in 1968. Now this landmark of Moldova is one of the most visited.

This is not only a famous landmark of Moldova, but also the oldest wine storage in the country. The length of the underground city is about 200 km, only 55 km are used for technological purposes. The tour of the site includes a wine tasting. On the territory of the complex there are places to take interesting photos, for example, against the backdrop of wine-themed fountains.

There are no problems with hotels in Moldova, you can find a suitable option for yourself using special services, such as https://www.booking.com/index.ru.html. Well, in general, in Moldova there really is something to see. Going on vacation to this country, you will not regret it. The above is not a complete list of attractions in Moldova, more information can be found on the Internet. All of it is freely available.

What else to see in Moldova? There are interesting places in the cities of Chisinau, Balti, Bendery, Rybnitsa, Orhei, Tiraspol. By planning your trip responsibly, you will ensure a great vacation.

Read also about the best sights in Romania and get inspired for your next trip to Europe!