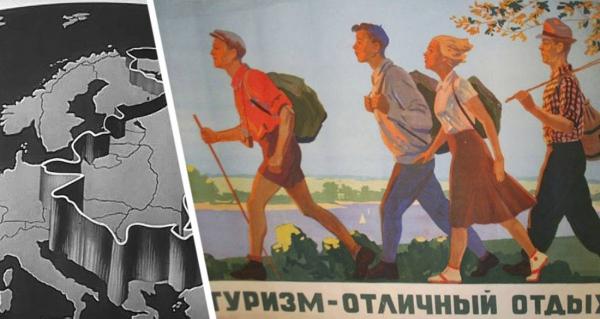 Another odious statement about Russian tourists was made by Estonian Prime Minister Kaya Kallas. From the screen of the Sky News TV channel, she stated that Russian tourists pose a threat to the security of Estonia. In other words, the authorities of one of the European countries called Russian tourists dangerous. “For dessert” to this statement was the fact that the Estonian prime minister is sure that only tourists from Moscow and St. Petersburg travel abroad, who “influence the decision of the Kremlin.”

“We really bear the burden. The problem is that we cannot check all the tourists from Russia who come, and we see that they pose a threat to the security of Estonia,” the prime minister said. Further repeating her previous “meme” that traveling to Europe is not just a human right, but a privilege that must be earned, the Estonian Prime Minister gave another very interesting opinion about Russian tourists.

“Only 10% of Russians travel abroad, and they are from Moscow and St. Petersburg. Thus, these people influence the Kremlin's decisions,” Ms Kallas said. Thus, she is sure that if these people “experience the ban on entry to Europe in their own skin” they will “put pressure on the Kremlin.”

I must say, “visa blackmail” is also welcomed by other representatives of the European Union. In particular, the High Representative of the European Union for Foreign Affairs and Security Policy, who is also the head of the EU Foreign Ministry, Josep Borrell, said that he did not support the idea of ​​introducing a visa ban for Russian citizens. On the eve of an emergency meeting on the visa issue, which the EU foreign ministers will hold in Prague, Mr. Borrell said that from his point of view it is not necessary to ban all Russians from entering the EU, suggesting that EU countries apply a more selective approach. “More than 300 thousand Russians have left their country since February and the EU should not close its doors to them. The EU cannot restrict the movement of innocent citizens,” Mr. Borrell assured. He urged “not to close the door” for those who “want to flee the country because they don’t want to live in this situation”, but “to block the entry of Russians” who are “responsible”, i.e., probably thereby “entering the Kremlin”. Read the details at the link.

Let's add that for now the EU has split in two: one part fiercely supports the introduction of a ban on the entry of Russian tourists to the EU countries, and the other does not consider such actions appropriate. Another European country has joined the second bloc, consisting of Germany, Greece and Cyprus, having expressed its position. This is Portugal. In turn, some countries have already introduced restrictions on Russian citizens. First of all, these are the Baltic countries, Finland and Poland. Estonia went further than the others by banning entry to Russians with visas issued by its border services.

For those who care about a healthy lifestyle, we recommend reading: “An orthopedic surgeon reported how fingers, neck and elbow are injured from using a smartphone.”