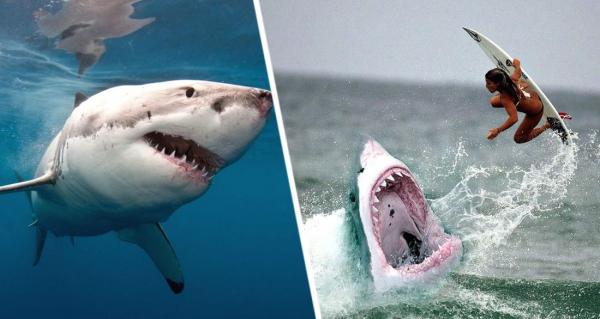 The 58-year-old American was snorkeling with her family when she was attacked by a bull shark in Green Cay, Royal Bahamas Police Superintendent Chrislyn Skippings said. According to Globalnews, the traveler, whose name has not been released, arrived in the Bahamas from the American cruise company Royal Caribbean that morning.

While staying in Nassau, the capital of the Bahamas, the family went on a tour on the tour company's private boat to go snorkeling at a popular spot near Rose Island. Around 2:00 pm local time, a woman was attacked by a bull shark while snorkeling.

Family members saw the attack and rushed to help a relative. Employees of the travel company helped drag the woman onto the boat, and rushed to the nearest pier, where doctors were waiting for them. However, on the way to the shore, the victim no longer had signs of life. According to the publication, the woman's “upper limbs” had bite marks.

The woman and her family were on the Royal Caribbean cruise ship Harmony of the Seas, which set off on a seven-day tour from Port Canaveral, Florida, to the United States on Sunday. Following the traveler's death, the cruise line released a statement saying it was “supporting and helping the guest's loved ones during this difficult time.”

The area where the attack occurred was cordoned off and closed indefinitely to scuba diving enthusiasts. swimming. Authorities said the incident was under investigation. According to the International Marine Predator Attack File, the last reported shark attack in the Bahamas occurred in 2018.

Shark attacks are extremely rare, with the Florida Museum of Natural History estimating the chance of being attacked fatally by a shark is less than one in four million. At the same time, according to experts from the museum, bull sharks are more likely than other types of sharks to attack people for no reason. Last year, 73 cases of attacks by these animals were confirmed worldwide.

Help: Bull sharks belong to the family of gray sharks, that is, they are the closest relative of the blue and tiger sharks. The bull shark, unlike its counterparts, quite easily tolerates fresh water and often rises up the river for quite long distances. Many attacks by sea creatures are cases of misidentification and can occur when people swim near large schools of fish or when visibility is poor in the water. These predators may also attack in self-defense when they feel threatened.

For those who care about a healthy lifestyle, we recommend reading: “Gardening has been found to improve mental health and prolong life.”