Sometimes they come back. Many people in different countries believe in this and honor their ancestors

And those who do not believe still pay tribute to the memory of the dead by organizing annual shows.

By the end of October, one-story and multi-story America blooms with pumpkins and carved jack-lanterns ( jack-o'-lantern). People hang on balconies and put at the door mannequins in the form of witches, vampires, zombies, mummies and skeletons.

And on the night before All Saints Day (from October 31 to November 1), more than half of law-abiding Americans dress up the devil knows in which they go to the parade. Children go from house to house begging for sweets (trick or treat! – “trick or treat”), often for charitable purposes.

Day of the Dead

On November 1 and 2, Mexicans erect altars of the dead in their homes, schools, government offices and, of course, in cemeteries (with the necessary things and food for the deceased), decorate them with marigolds – the flowers of the dead. The main character of the holiday is Katrina, an elegant skeleton in the clothes of a lady from high society, she is Lady Death. And everywhere there are plenty of sugar “loaves”, cakes and souvenirs in the form of skulls and skeletons.

Skyscrapers for the dead: 4 most famous vertical cemeteries 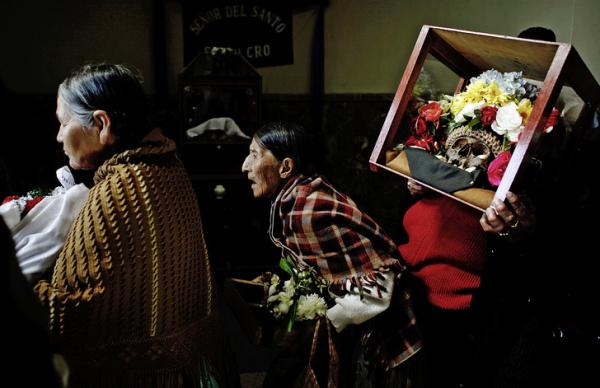 In the pre-Columbian era, the inhabitants of the Andes had a tradition to spend the day with the bones of ancestors who died three years ago. Bolivians now use only skulls. On November 8, the inhabitants of La Paz remove them from the tombs, decorate them with flowers, “provide” them with cigarettes and coca leaves, and solemnly carry them to the central cemetery, where mass is held. The Catholic Church tried to ban the celebrations, but the tradition is too strong. 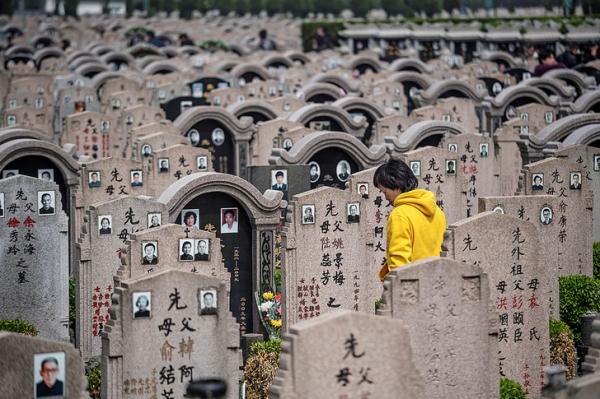 The festival is about 2500 years old and takes place on the 15th day after the spring equinox, usually April 5th. People visit cemeteries, sweep graves, leave drinks and food for the dead along with chopsticks. There is a tradition to burn ritual money, without which one cannot live in the underworld. Often they look like dollars, sometimes even with portraits of presidents. 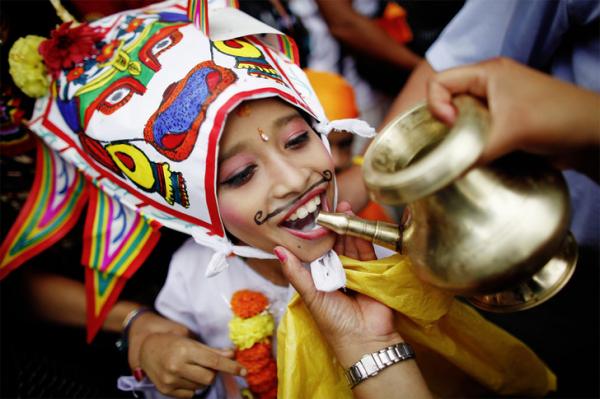 Cows are considered by the Nepalese as guides to the afterlife. According to tradition, every family that has lost a relative during the past year must participate with their cow in a festive procession through the streets of Kathmandu. If there is no cow, it can be replaced by a boy dressed in an appropriate costume. 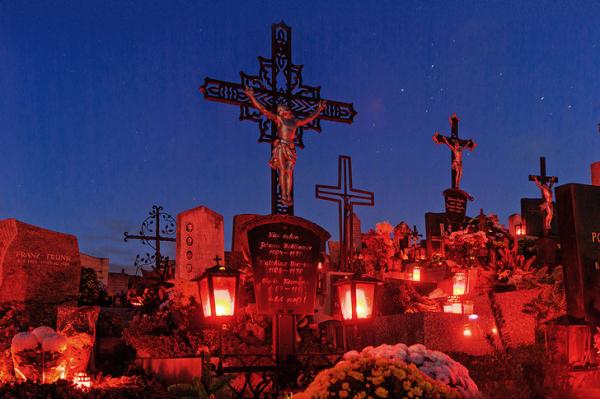 From October 30 to November 8, the Austrians celebrate Seelenwoche: put bread and water on the table for the dead, light a lamp before going to bed to welcome the returning souls of the ancestors. On the evening of November 1, All Saints' Day, families bring wreaths and lanterns to the graves so that souls can find their way in the darkness. On the last day of Seelenwoche solemn funeral masses are held in churches.

Day of the dead, celebrated on 2 November, & nbsp; – one of the main national holidays. Brazilians come to cemeteries, bring candles and a lot of flowers. Graves literally turn into flower beds. The living remember all the best that the departed loved ones remember.

Material published in the magazine “Vokrug sveta” No. 11, November 2018, partially updated in October 2022