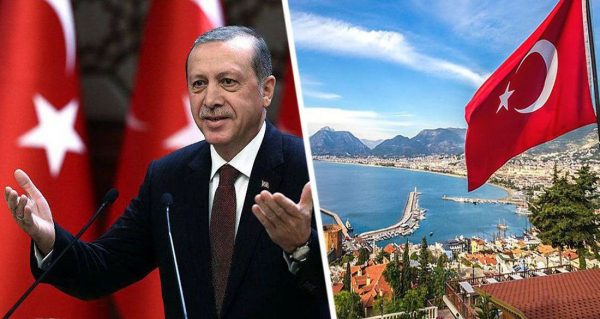 Turkish President Recep Tayyip Erdogan intends to personally supervise the program to attract Russian tourists and ensure that it does not fall under sanctions. Such conclusions were made by the Turkish media, evaluating the latest program of the meeting of the Turkish Cabinet of Ministers. Tourism issues in the current circumstances, and first of all, tourism from Russia, are declared as one of the most important topics at the meeting, where “Turkish domestic and foreign policy issues, as well as economic development will be discussed.”

In particular, the agenda will discuss the issue of Turkish Airlines allocating 1.5 million seats for Russian tourists, who will be sent by three tour operators of Turkish origin – Anex, Pegasus and Coral. Minister of Tourism and Culture Mehmed Ersoy is to make a presentation on this subject. It will be joined by the Credit Guarantee Fund – which, according to the “road map” (for details, see the link) should provide financial support to the above-mentioned tour operators, as well as participate in another stage of the program – the creation of a special airline to bring Russian tourists to Turkey.

Turkish media at the same time emphasize that the report presented by Turkish Airlines Chairman of the Board Ahmet Bolat should also be discussed. Recall that they are trying to “put pressure” on the air carrier by the threat of sanctions for active work with Russia. Negotiations are currently underway between OFAC (Office of Foreign Assets Control under the US Department of the Treasury) and the US Department of Foreign Affairs and Trade. Also, the Turkish media hint that President Erdogan personally intends to oversee these negotiations and provide Turkey with the transportation of Russian tourists.

For those who care about a healthy lifestyle, we recommend reading: at night to sleep well.