Well-preserved historic buildings are a delight to look at. Half-destroyed, they chain him. There is something fascinating in the ruins

Valley of the Mills 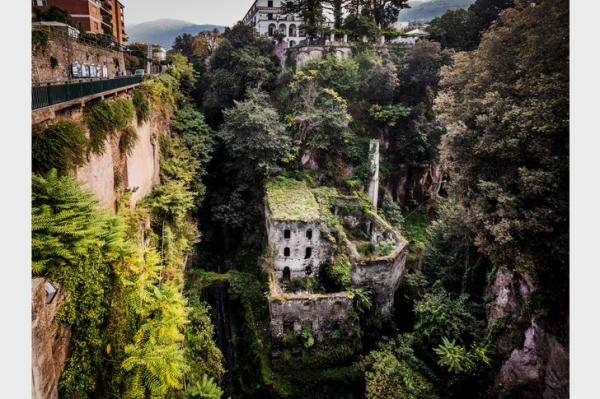 In the very center of the city, a hundred meters from Torquato Tasso Square, from the cliff on Fuorimura Street, an unexpected view of the green gorge opens up. At the very bottom is a dilapidated, moss-covered building. Once these ruins were a mill. It is known that in the 16th century it was already used – it worked on water coming from springs on the hills. Nearby were also a sawmill and a laundry. The mill was abandoned at the beginning of the 20th century: due to high humidity and lack of wind, people could not live and work there.

The earthquake of 1755 turned the monumental temple Convento do Carmo of the XIV-XV centuries into ruins and completely destroyed the monastery library with 5000 books. During the reign of Maria I of Portugal, reconstruction was begun, but it was interrupted due to the expulsion of monastic orders in 1834. Remained neo-Gothic partitions and arches between the naves. Romanticization of dilapidated antiquities was in vogue, so it was decided not to rebuild the monastery. In 1864, the archaeological museum was located here.

Around the World Archive: How the ruins of Solorno Castle have changed in 161 years

It is called one of the scariest places in England. The abbey, founded in 657, was destroyed in 867-870 by the Vikings under the leadership of Ubbe and Ivar the Boneless, sons of the legendary Ragnar Lothbrok. Two hundred years later, the building was restored as a Benedictine monastery. And in 1540 the abbey was destroyed by Henry VIII. Since then, it has been abandoned, attracting lovers of mysticism. Someone sees the ghost of the first abbess of the monastery Hilda in the gaps in the windows, someone hears the sounds of a drowned bell. The abbey impressed Bram Stoker so much that he described Whitby as the place where Dracula turns into a dog.

A monument of outstanding importance, a clear illustration of the interaction between Roman and local cultures – this is how the object in the UNESCO World Heritage List is characterized. The city is considered the ancient capital of the Mauritanian kingdom. It was abandoned in the 11th century, and in 1755 it suffered from the Lisbon earthquake. 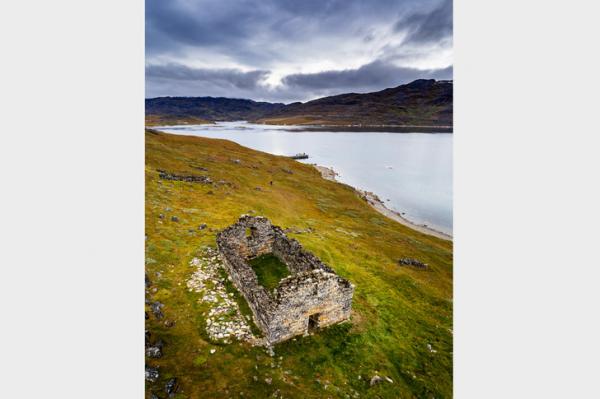 Historians still note the good quality of the assembly of the church, erected by the Norwegian Vikings on the banks of the fjord in the 12th century. Other buildings of that time in Greenland have long ceased to exist. And these walls of one and a half meters thick of hewn stone are still standing. Perhaps the reason is the remoteness of the ruins from the hiking trails. Only the most desperate campers get here.

The temple, built in the 12th century and dedicated to Prajnaparamita, the goddess of the Perfection of Wisdom, was abandoned in the 15th century and literally merged with the jungle. When the French Institute of the Far East in the 21st century took up the restoration of the temples of Angkor, it was decided to leave Ta Prum in the form in which it was found, with trees sprouting through the walls. 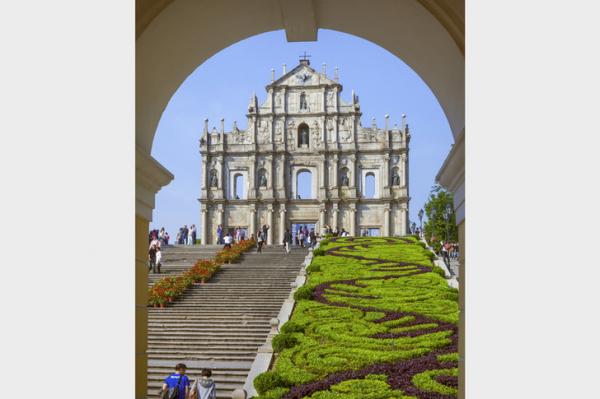 Church of Our Lady of the Jesuit College of São Paulo, built in 1580, burned in 1595 and 1601. In 1602, it began to be restored. The monumental five-level façade, reflecting the steps towards God and richly decorated with sculptures and inscriptions, was completed in 1640. After the devastating fire of 1835, only this façade remained. And another staircase of 68 steps leading to it.

The Acropolis of Athens

The complex covers an area of ​​about three hectares and is located at an altitude of 156 meters. The ruins remained from the buildings of the time of Pericles (5th century BC), the work was supervised by the sculptor Phidias (the author of the statue of Athena Parthenos). The patroness of the city Athena in the Acropolis is dedicated not only to the Parthenon surrounded on all sides by a colonnade, but also to the small temple of Nike Apteros (“wingless victory”), or Athena Nike, with two porticos of four columns, built in honor of the victory over the Persians.

“Romance of Decay”: why tourists go to look at the ruins of the Soviet past in the mountains of Abkhazia

More than 70 dilapidated Hindu temples dedicated to the god Shiva under various names were erected between the 4th and 14th centuries. The temples are built of red brick. As a solution, according to one theory, wood resin was used. Erosion destroyed many of the buildings, but the complex was especially badly damaged during the American carpet bombing in 1969.

The largest rock dwelling in North America is located in the Mesa Verde National Park, created specifically to preserve the habitat of the ancient ancestors of the Pueblo Indians. The rock palace, built by them in the 12th-13th centuries from sandstone and wooden beams, has 23 ritual rooms and 150 living rooms.