Pies are enjoyed all over the world, and thanks to a variety of fillings, they can be not only a dessert, but also an appetizer or a main course

Vokrug sveta shares recipes for national pies that have won the love of gourmets around the world.

An empanada is a traditional Spanish dish filled with meat or fish. Currently, the dish is very popular not only at home and in Latin America, but throughout the world.

Such pies can have a semicircular, round or rectangular shape, as well as different sizes. Watch Argentinian chef Pascual Juliano prepare an empanada.

First, the filling for the pie is prepared, which consists of vegetables, seasonings, and ground beef (or fish).

The ingredients are finely chopped, and then fried in a pan in olive oil for 10-15 minutes. After that, the filling must be judged, and circles for future pies should be cut out of the rolled out dough. The filling is placed in the center, and the edges are pinned so that a semicircle is obtained.

Today, French quiche is prepared and served in many countries around the world as a main course or appetizer. It is believed that this open shortbread pie with a filling consisting of grated cheese, eggs, milk and onions was invented in Lorraine. There are no sweet fillings for such pies.

As a rule, quiche is baked in a round shape. At the same time, the shortcrust pastry base is stuffed with fish, poultry or meat, to which mushrooms, vegetables and seasonings are added. All this is poured with a thick mixture of milk and eggs, sometimes cream is used instead of milk.

The cake is baked at a temperature of 200 ° C for about 20 minutes, during which time the filling thickens, and an appetizing golden crust appears on the top of the cake.

Such pies: the history and recipe of Lorraine quiche 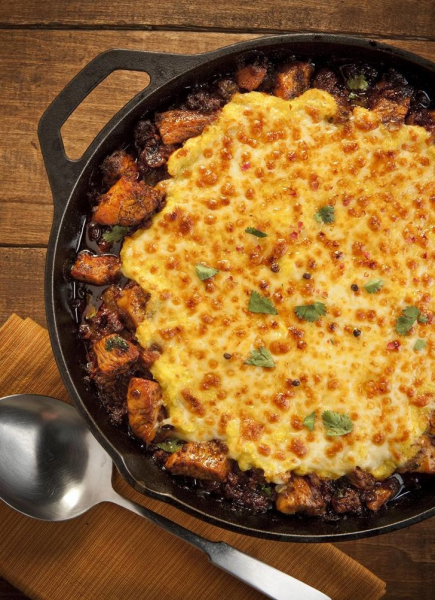 Pastel de choclo is a common South American pie that resembles a corn casserole. The word “choklo” here refers to fresh corn, which is used in cooking. However, sweet corn can also be used instead.

Pastel de choclo takes a long time to prepare. First you need to fry the minced meat and chicken breasts with spices and raisins until half cooked. At the second stage, you need to make a puree from corn grains, which is then mixed with milk, salt, sugar and basil and simmer over low heat for 10-15 minutes, stirring occasionally.

Next, a layer is laid out in the baking dish the resulting mixture, then the meat filling and again a layer of mashed corn. You can sprinkle sugar on top of the dish to enhance the contrast of the sweet corn filling and spices in minced meat and chicken. The dish will cook in the oven for about an hour. 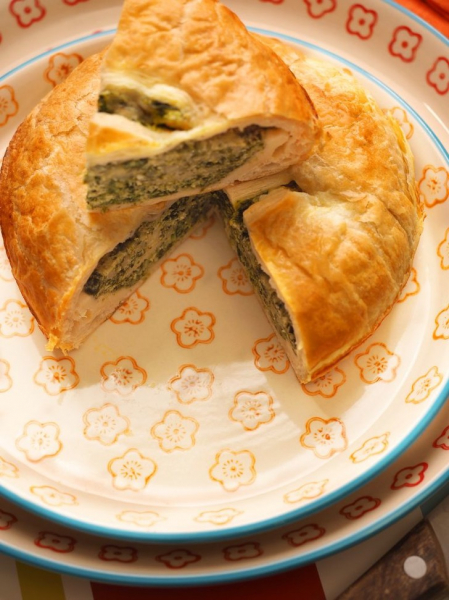 Pasqualina is an Italian dish that is usually prepared for Easter. The traditional recipe has its own symbolism: 33 layers of dough are reminiscent of the age of Jesus Christ at the time of the crucifixion, greens represent rebirth and renewal, and eggs represent life. Today, a spinach pie is prepared according to a simplified recipe.

The filling is made from spinach, ricotta, onions, peas, artichokes, cream and eggs. Seasonings are added to them. This mixture is laid out in a form with puff pastry, after which recesses are made in the filling for a few more eggs.

The remaining dough is intended for the top of the pie. It will take about an hour to bake pasqualina at a temperature of 200 ° C. 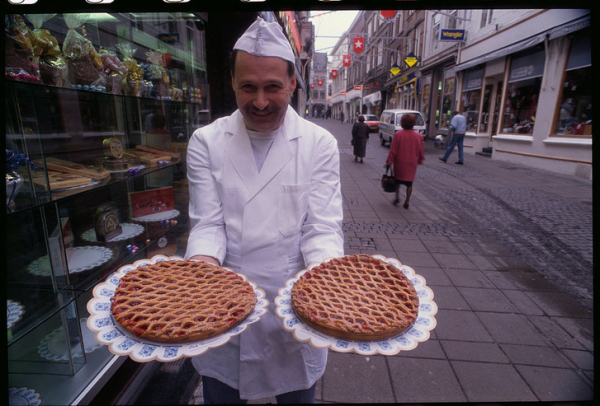 Limburg pie, or fly, is a sweet pie with fruit filling. Usually, its upper part is distinguished by a lattice arrangement of dough strips.

Cherries, peaches, apricots or rice pudding are used as fillings. Nowadays, the cake is often decorated with cream or cream, although this is considered a deviation from the original recipe.

Interestingly, in the Dutch city of Werth, in the province of Limburg, a monument was erected to a local resident, Maria Hendrix, who sold such pies at the city station. In addition, there is a national company in the Netherlands that sells these products. 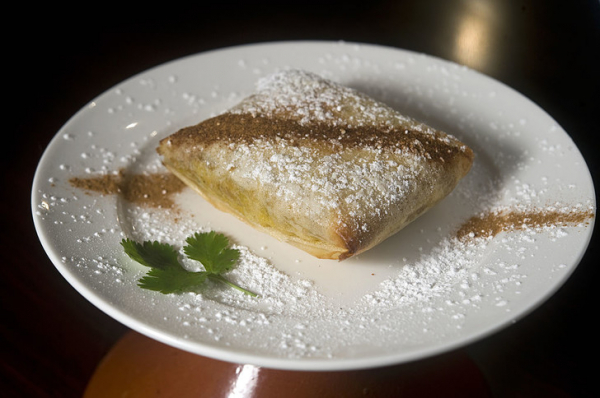 Traditionally in Morocco, this pie was made with pigeon filling, but today many chefs and housewives use chicken meat instead. The cooking procedure includes several stages, so the filling and dough can be prepared the day before.

For the filling, you will need to fry the chicken pieces in olive oil along with spices and broth. Then they are cooled, and the broth is stored. Later you will need to add eggs and greens to it.

Separately, you will need to fry the almonds until golden brown. It can also be mixed with sugar, cinnamon and orange zest. To make the pie itself, you will need filo dough (an almost weightless puff pastry that is prepared with a little water and butter, without eggs).

Almonds are laid on it, and then the meat filling. You will also need dough for the top of the pie. After baking, the bistella is sprinkled with cinnamon, powdered sugar and the remains of almonds. 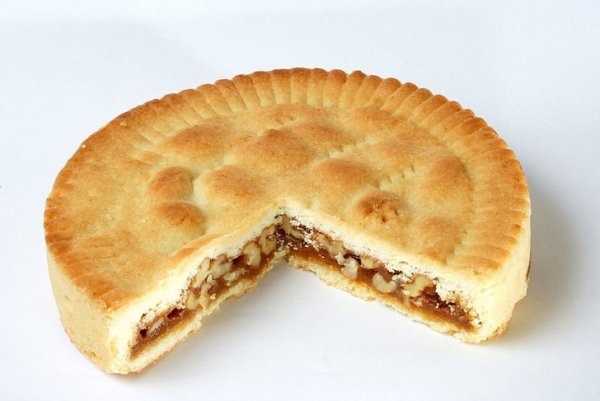 This pie is considered a specialty in the Swiss canton of Graubünden. Its distinctive feature is the sweet filling of walnuts. When making a dessert, the confectioners of the region use their own recipes, which are a trade secret.

To make such a pie, you will need shortcrust pastry. One part of it needs to be rolled out between sheets of food parchment, cut out a circle from the dough and put it in a mold. The rest of the dough will be needed for the top of the dish.

A thick filling is prepared from honey, brown sugar, cream and walnuts. It is placed in a mold with dough, the cake is covered with the top layer and holes are made in it.

It will take about 40 minutes to bake the cake at a temperature of 200 ° C, then it is cooled. The dish will become even tastier if you let it stand for a day or two.