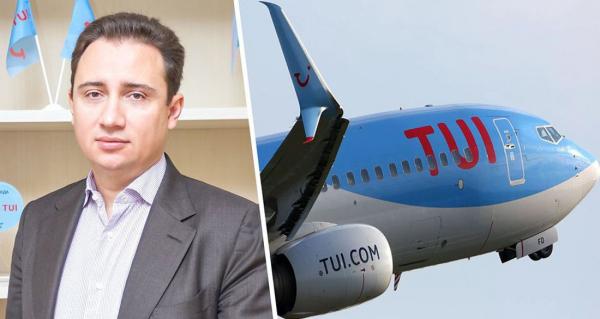 The controlling stake in the tour operator Fun&Sun Travel (former TUI Russia) has changed its owner: 75% of the shares have been transferred from KN-Holding, which previously owned the tour operator and is a subsidiary Russian billionaire Alexei Mordashov, who fell under sanctions, personally to the general director of the tour operator Taras Demura.

The experts of the tour operator Fun&Sun Travel commented on this as follows: “Taras Demura acquired a 75% stake in the authorized capital of TT-Travel LLC from KN-Holding LLC and became the main owner of the FUN&SUN tour operator (former TUI Russia). After the transaction, KN-Holding LLC owns a 25% stake in the company. According to the information provided by them, Taras Demura will become the chairman of the board of directors of the company, and the position of general director will be taken by Vladimir Rubtsov, who takes the place of deputy general director for product and operations.

The experts of the former TUI Russia stated that “this decision will help the tour operator to develop dynamically in the face of turbulence and sanctions pressure on Russia.” “At the same time, the company will continue to follow its strategy, increase its market share, actively participate in the development of domestic tourism, including through charter programs,” they add.

As a result, for the previous owner – i.e. KN-Holding LLC, 25% of the shares remain. Recall that about a year ago, TUI Russian & CIS, TUI's division in Russia and the CIS countries, has completely become the property of the family of Russian oligarch Alexei Mordashov, the owner of Severstal. Moreover, according to a statement made by the TUI Group on the London Stock Exchange, where the company's shares are traded, the last 10 percent of the TUI Group's division in Russia was sold to Mordashov's NK Holding for $11.9 million. Accordingly, based on the price of this share, the total cost of TUI Russia was $119 million. Read the details in the material “TURPROM” at the link.

Another interesting story, we recall, is developing around the European tourism assets of the disgraced oligarch, who fell under sanctions – namely, Germany began an investigation into the fate of a 34% stake in the tour operator TUI. According to foreign media, their owner, who was on the sanctions list, managed to “withdraw” shares from the EU – from Cyprus to the Virgin Islands, after which he transferred these shares to his wife Marina Mordashova. The situation developed as follows – during the week the tour operator was informed that Marina Mordashova controls Ondero Ltd, which on February 28 bought shares in Mordashov's company Unifirm Ltd, the largest shareholder of TUI, from two of its subsidiaries. The German Ministry of Economy “initiated an investigation procedure under the Foreign Trade and Payments Act against Ondero Ltd regarding the effectiveness of the notified transaction.” After that, German experts began an investigation.

The German authorities pointed to their suspicions that Mordashov's decision to transfer shares to his wife was a deliberate maneuver on his part in order to be able to retain control of the company, albeit indirectly. at the same time, the authorities fear the sanctions imposed by the EU, and freezing the state of the “disgraced” businessman in TUI will not lead to anything, since it may not be possible to legally challenge the transfer. Read more in the TURPROM article “Germany launched an investigation against the transfer of TUI shares of the richest Russian oligarch.”

For those who care about a healthy lifestyle, we recommend reading: “Studies have shown that people eat one plastic card.

➔ Do you watch the news on your smartphone? Subscribe to tourism news from Turprom in Google News or Google Discover: these are fresh travel ideas, travel news and collections on sales of tours and air tickets! Or subscribe to the travel news channel at YANDEX.ZEN or at PULSE.MAIL.RU. We also recommend subscribing to our News Channel in Telegram: https://t.me/tourprom