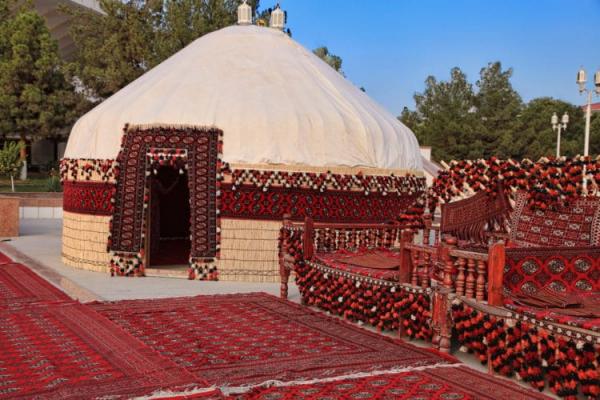 Turkmenistan is one of the few countries with vast tourism potential, which has not yet been fully developed. The mysterious country, unlike its well-known Asian neighbors, once followed its own special, authentic path. However, for everyone who wishes to get to know Turkmenistan better, the country will open completely new facets, the impression will be complemented by the historical and natural sights of Turkmenistan. On the lands of this country, large-scale historical events unfolded, entire civilizations developed and collapsed, which is why these lands are fraught with many historical secrets and interesting finds. This confirms that you can see many historical monuments, ancient buildings and other exciting, interesting places in Turkmenistan.

First things to see in Turkmenistan

Guests of Turkmenistan arrive in this state for different periods: someone is planning a large-scale trip and a close acquaintance with the customs and culture of the country, someone is looking for what to see in Turkmenistan in 1 day. One way or another, it will be useful for every tourist to find out what famous sights lurk in the rich lands of Turkmenistan in order to make a rich travel itinerary. 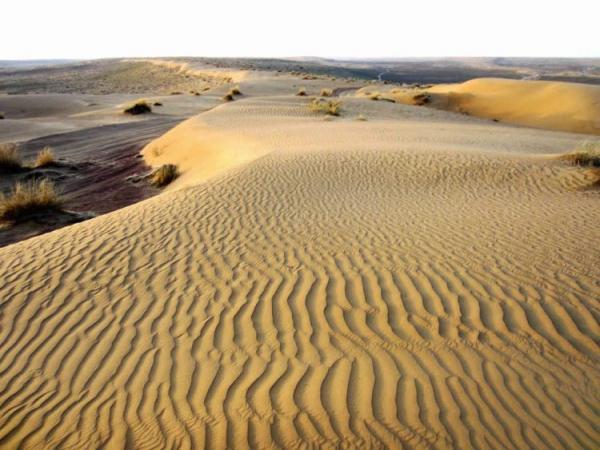 Karakum desert landscape David StanleyThe rating is opened by the well-known Karakum Desert, which occupies most of the country's territory. This is one of the largest deserts in the world, a realm of sand and drought. The climate here is severe, the inter-seasonal temperature difference is more than 90 degrees, but surprisingly, about one-seventh of the population still lives in the Karakum desert, adapting to the inhospitable conditions of the desert.

2. The ancient city of Nisa 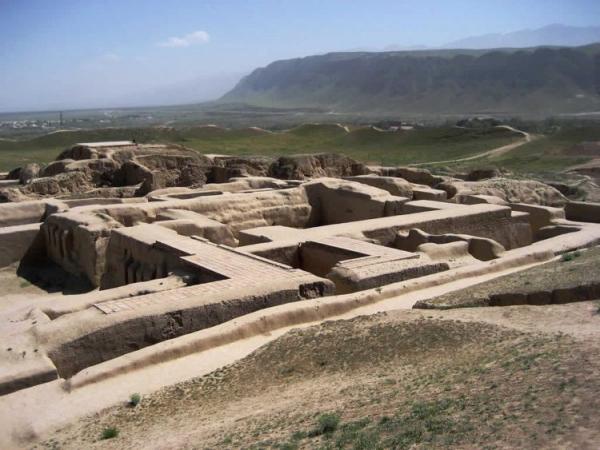 The ruins of the ancient city of Nisa David Stanley

Just a few kilometers from Ashgabat, guides in Turkmenistan will take you through the famous ruins of the ancient city of Nisa, the former capital of the Parthian state, which existed at the turn of the millennia BC and our era. Once in the old part of the city, a lot of palace and temple buildings were concentrated, as well as a treasury, warehouses with huge stocks of wine and provisions. The walls of the fortresses were built to the conscience, their thickness was 8-9 meters, thanks to which the remains of ancient structures have survived to this day.

The review continues the ancient city, whose history goes even further back into the millennia. This is the oldest city of Merv in all of Central Asia, built back in the era of the Moorish civilization, at the turn of the 3rd and 2nd millennia BC. It is also one of the largest archaeological sites in Central Asia, on the territory of which a number of settlements have been preserved, on which you can read the history of the legendary city from ancient times to the late Middle Ages. 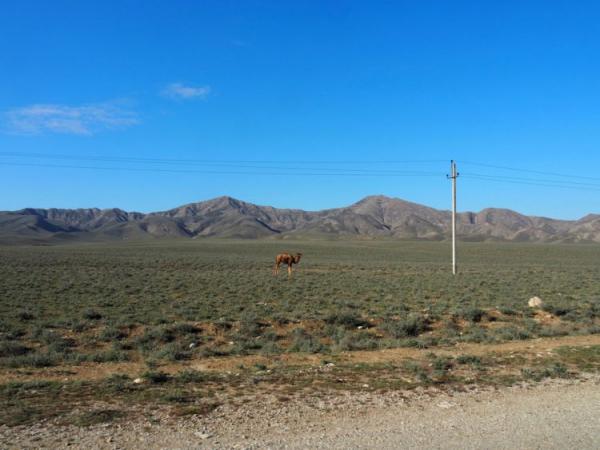 Among the amazing natural places that everyone should visit in Turkmenistan, the Dehistan plain, also called the Martian plain, is especially interesting. It was given this name for a reason – now on this lifeless, waterless, clayey land there is no trace of the fertile lands on which agriculture was once successfully carried out, starting from the 2nd millennium BC. Today, all that the plain left to its descendants are the ruins of the ancient settlement of Misrian, but even from them one can judge how highly cultured and beautiful this ancient settlement was.

Excursions in Turkmenistan often include a route to the historical and architectural reserve 500 kilometers north of Ashgabat. This is Kunya-Urgench, a small town that cherishes the memory of the majestic Urgench, the former capital of Khorezm. Trade caravans once passed through the town, various crafts flourished. This city survived a difficult test of time: twice it was besieged, destroyed, but grains of its history still survived to this day: these are multiple mausoleums, minarets and fortresses of the Middle Ages.

The main attractions of Turkmenistan are briefly complemented by the palace for official events, located in Ashgabat – Rukhyet. The building of the palace, built not so long ago – in 1999, has advanced technical equipment and everything necessary for holding various ceremonies at a high international level. Meetings, congresses, forums, inaugurations, as well as informal events – exhibitions, concerts and other celebrations are held here. 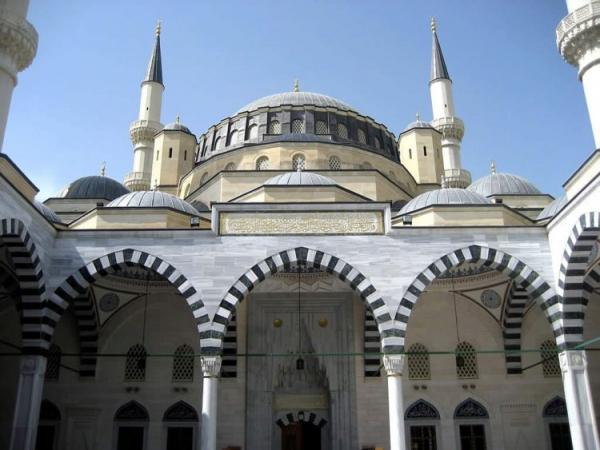 Once in Ashgabat, you will certainly find places to go in Turkmenistan, in addition to the aforementioned palace. For example, the largest mosque in the city is called Ertogrulgazy. It is also one of the most beautiful mosques in the city, decorated in the traditional Ottoman style. A beautiful marble road leads to the gates of the mosque, on the sides of which there are bowls of fountains in the form of halves of 8-pointed stars. The size and design of its courtyard, the luxurious painting of the vaults of the domes inside the temple and the spacious inner hall, where up to 5 thousand worshipers can be at the same time, are impressive.

8. Monument of Independence of Turkmenistan 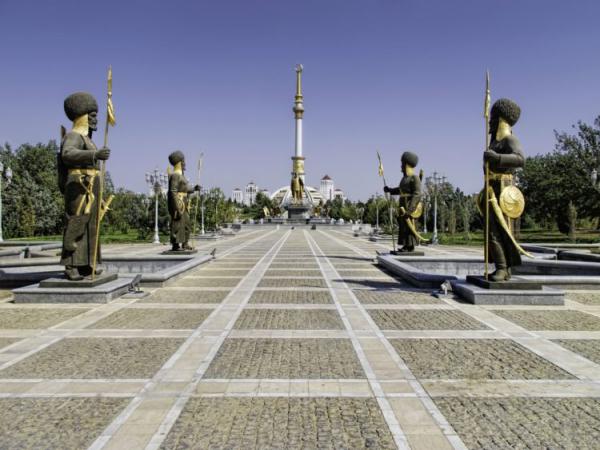 The most important state landmark and the tallest building in Turkmenistan is the Independence Monument, located in Ashgabat in the Independence National Park. Its height is 118 meters, and at the base there is a hemispherical dome, on the surface of which the waters of fountains flow, the nozzles of which are laid right in its walls. Through one of the five entrances you can get inside the monument, where the museum is located. 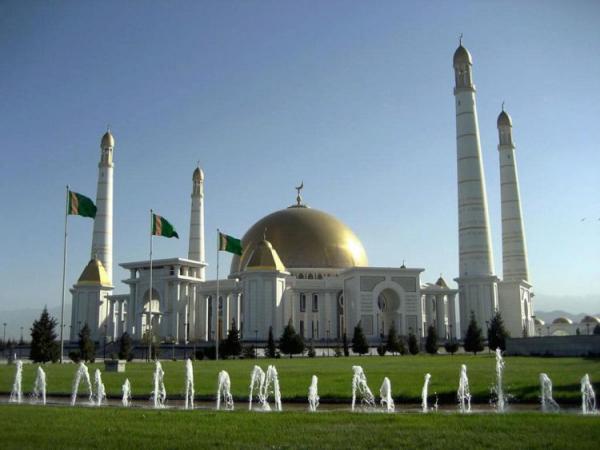 View of the fountains and the “Turkmenbashi Spirit Mosque” David Stanley < p>The largest single-domed mosque in Central Asia, according to reviews, is impressive in its size – its area is about 18 thousand square meters. meters, and the inner halls can accommodate up to 10 thousand worshipers, while the lower hall is provided for men and can accommodate up to 7 thousand people, and

balconies – for women, with a capacity of up to 3 thousand people. The whole structure is built of white marble, the huge painted dome deserves special attention, and in addition to the main entrance, 7 additional entrances lead to the inner halls, in front of which there are beautiful fountains.

Burning gas crater of the field in Darvaz Tormod Sandtorv

The recommendations of this rating will definitely touch on an amazing find in Turkmenistan – we will talk about the gas crater Darvaza, 270 kilometers north of Ashgabat. The “Gates of Hell”, as the locals call the crater, were formed as a result of geological work on the site of a promising deposit found here. As a result, gas began to escape through the cavity formed in the earth's crust over time, which it was decided to set on fire so as not to poison the people living nearby. But the field turned out to be so large-scale that the gas, set on fire in 1971, is blazing to this day, opening up incredible views of the amazing natural phenomenon.

Sights of Turkmenistan photo with names and descriptions continues the review for those who are already familiar with all the main attractions of Turkmenistan. We will talk about unique and extraordinarily beautiful creations created by nature itself.

Not far from the border with Uzbekistan, in the very south-east of the country, surrounded by mountain ranges, there is a small village of Hojapil. Approximately 3 kilometers from this village, you can find an amazing find – a limestone slab, the length and width of which are 3-4 hundreds of meters. Its entire surface is completely trampled by dinosaurs – in total there are about 3 thousand footprints, most of which were left by megalosaurs that lived during the Jurassic period, as well as smaller dinosaurs that inhabited the local swamp. Over time, the swamp turned to stone, and the traces were immortalized on the surface of the resulting plateau. 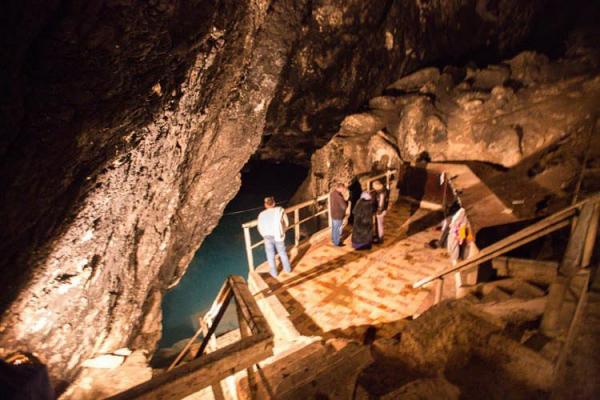 The best sights of Turkmenistan will certainly be complemented by another creation of nature – the Bakharden cave, formed as a result of the impact of hot groundwater on the rock. This natural cavity is about 250 meters long and about 25 meters wide and high. Inside there is an underground lake, in the healing hydrogen sulfide waters of which you can swim. The air inside the cave is very humid, saturated with hydrogen sulfide vapors, and the internal temperature, comfortable for staying, remains the same all year round. 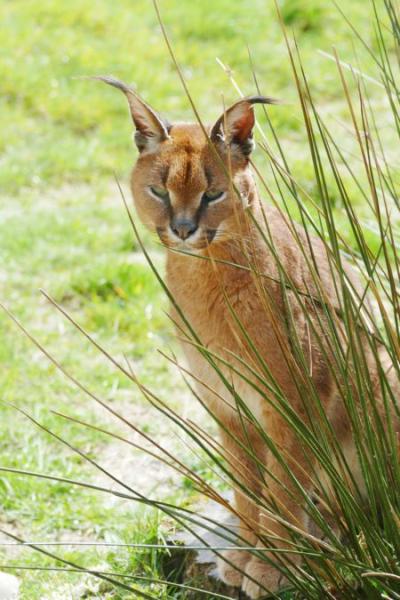 In 1927, the Repetek Biosphere Reserve was organized on the territory of the Kara-Kum desert – a corner with a rather diverse flora and fauna against the backdrop of a lifeless kingdom of sands. The uniqueness of this interesting place has long attracted the attention of scientists, who noted that the ecosystem of the Kara-Kum desert functions the better, the higher the air temperature rises, up to 60 degrees. About 30 species of mammals, about 200 species of birds, as well as 125 endemic plants successfully inhabit these territories. 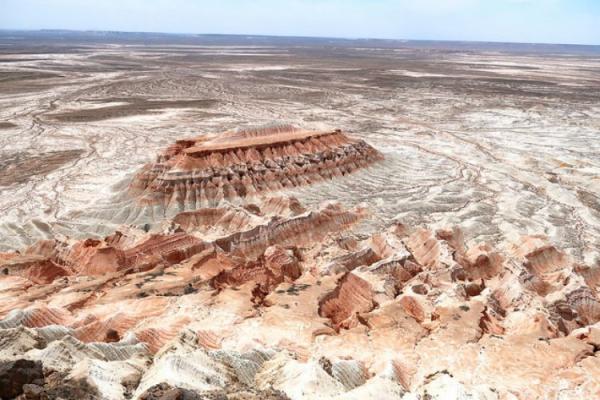 In the northwestern part of Turkmenistan, you can visit a natural object of amazing beauty and shape called the Yangi-Kala Canyon. Having passed through a lifeless desert, at some point you find yourself at a cliff, where the earth goes down hundreds of meters from under your feet. Once the canyon was an ancient sea, which dried up over time, exposing the bottom of the sea, where white and red soil rocks predominate. Over time, rains and wind “cut out” colorful bizarre hills, or “fiery fortresses” at the bottom of the canyon – this is how the name of the canyon sounds in translation. 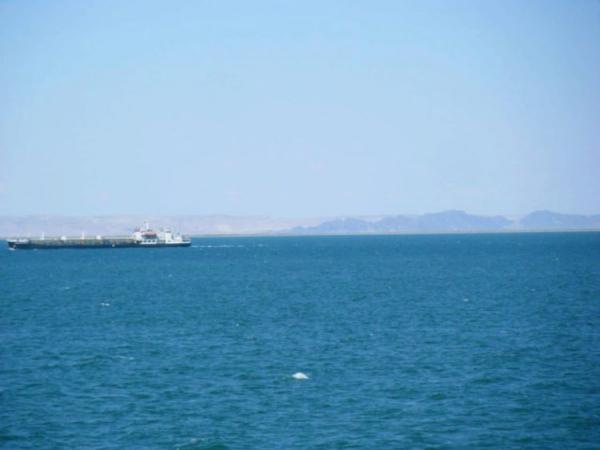 The reservoir, called the Caspian Sea, in fact, is not a sea – it is the world's largest drainless lake, located at the junction of Europe and Asia. The salty waters of the Caspian are famous for their healing effect, and the summer temperature here is quite comfortable for relaxation – no higher than +28 degrees. That is why a popular tourist area is located here, and Turkmen hotels, boarding houses, sanatoriums and health resorts, concentrated mainly in the Avaza resort area, are ready to offer various options for recreation right on the coast of the Caspian Sea.

Turkmenistan is the most closed and authentic country in the entire post-Soviet space. By this, every year it attracts more and more inquisitive travelers who are attracted here by dreams of white marble palaces, ancient cities, national shrines and living oases created by nature itself right in the middle of the lifeless dunes of the endless desert.