The ability to cook delicious food has long been worth its weight in gold. For decades, chefs from around the world have perfected the art of cooking, inventing original recipes again and again

Around the World tells about those who managed to write their name into history forever. 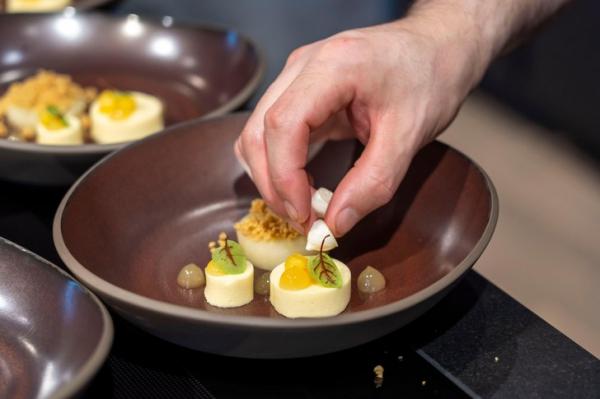 The Frenchman Marie-Antoine Karem was one of the most outstanding chefs at the turn of the 18th–19th centuries. It is he who is usually called the “cook of kings and the king of cooks”: he cooked for the French nobility, including Napoleon and the Minister of Foreign Affairs de Talleyrand-Périgord, as well as for the British monarch George IV and the Russian Tsar Alexander I. 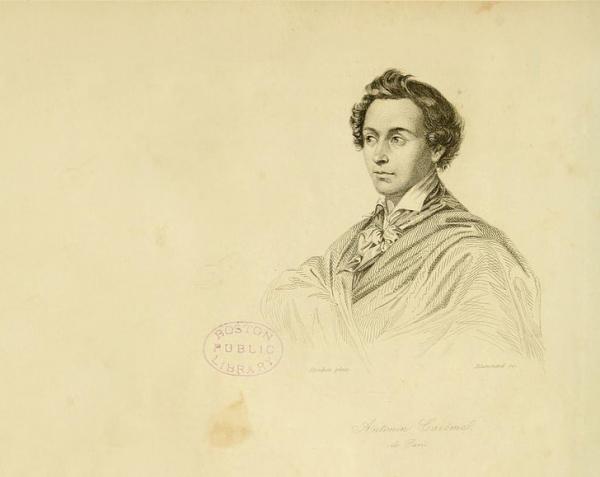 It is believed that Karem was born in a large family, so at the age of ten he was forced to start earning his own bread. In a few years, he managed to turn from an assistant cook in a tavern into a famous confectioner, and then a chef

His main merit is considered to be a scientific approach to cooking: he accurately indicated the amount of ingredients, methods and sequence of processing products. Karem also refused to use fish and meat in one dish. This French chef is the inventor of the cake, which was later called the eclair.

Meeting in Erfurt: who benefited from the unsuccessful negotiations between Napoleon and Alexander I

The case of Marie-Antoine Carem was continued by the French chef Auguste Escoffier. His grandmother taught him how to cook, and he took his first steps in the culinary field at his uncle's restaurant. Escoffier spent more than 70 years at the stove, working at the Savoy and Ritz hotels and serving the cream of society. 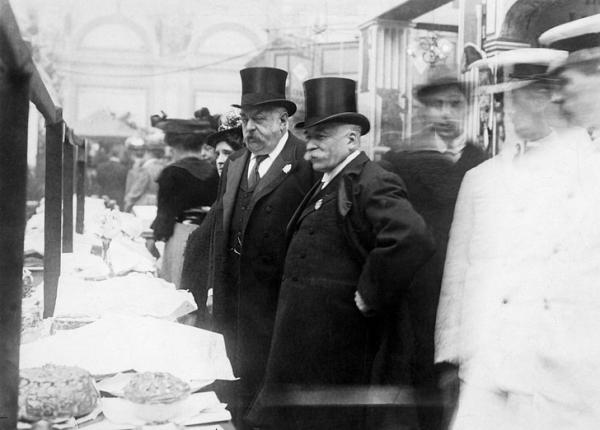 Escoffier simplified many of Karem's recipes and created his own dishes – “Peach Melba”, “Nymph Wings”, “Turnedo Rossini” and “La Belle Elena”. Working during the First World War, he managed to come up with new recipes, despite the meager supply of food.

Escoffier brought worldwide fame to the book “Culinary Guide”: it is not only a collection of many unique recipes, but also one of the most famous cookbooks. He also came up with the idea of ​​serving dishes not all at once, but in the order specified in the menu and organizing conveyor production in the kitchen, dividing the staff into teams.

The Almanac of Gourmets: The Birth of Culinary Criticism

Paul Bocuse is another French chef who was named Chef of the XX in the restaurant guide Gault Millau . Born into a family of hereditary chefs, he worked in his father's kitchen at the age of nine.

Bocuse is one of the founders of the “new cuisine”: its supporters preferred high-quality and fresh products, refusing high-calorie and fatty foods. At the same time, he criticized the small portions for which diners paid a lot of money in restaurants.

One of Bocuse's signature dishes is the VGE black truffle soup, which he cooked and named in honor of former French President Valéry Giscard d'Estaing. 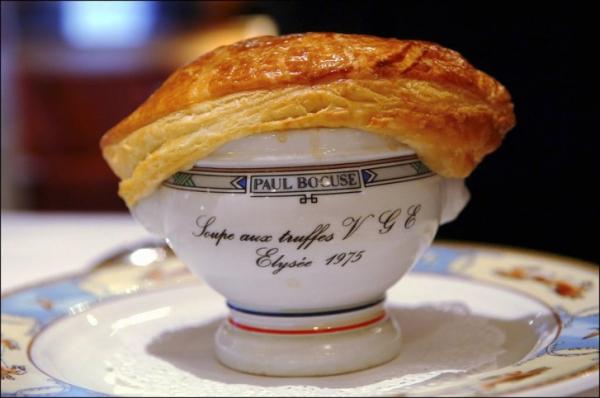 The French culinary specialist turned out to be not only a talented chef, but also a successful entrepreneur. In addition to his restaurant, he was engaged in a network of his own brasseries.

Julia Child introduced French cuisine to Americans, becoming one of the most famous chefs in the US in the last century. However, she really took a great interest in cooking only at the age of 36. It happened by accident when she ended up with her diplomat husband in France in the 1940s. 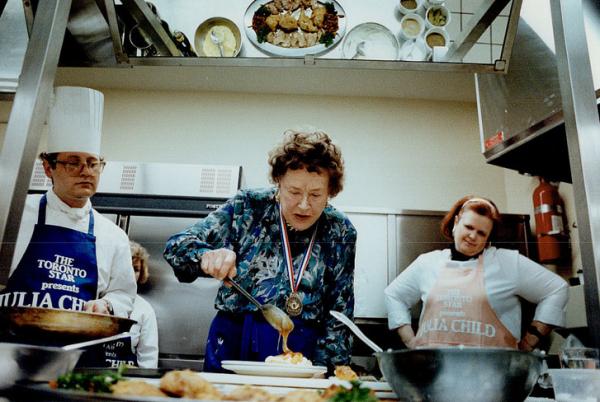 The simplest French dishes made such a strong impression on Child that she completed courses in chefs, opened her own culinary school and wrote the book that made her famous, Mastering the Art of French Cooking. Her best-known recipes include beef bourguignon, onion soup, and rolled omelet.

Subsequently, after returning to the United States, she became the host of the French Chef television program, which won the hearts of thousands of American women. 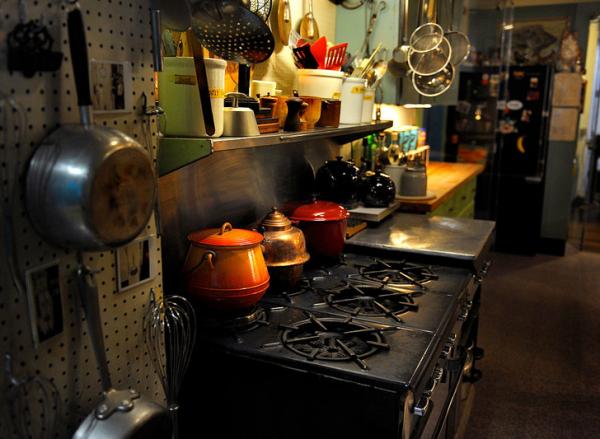 By the way, the kitchen in which Childe cooked during the first episodes of the programs is currently on display at the National Museum of American History in Washington.

American Alice Waters is not a chef in the strict sense of the word. She, too, was fascinated by French cuisine, so much so that she opened her own restaurant Chez Panisse in Berkeley, California. 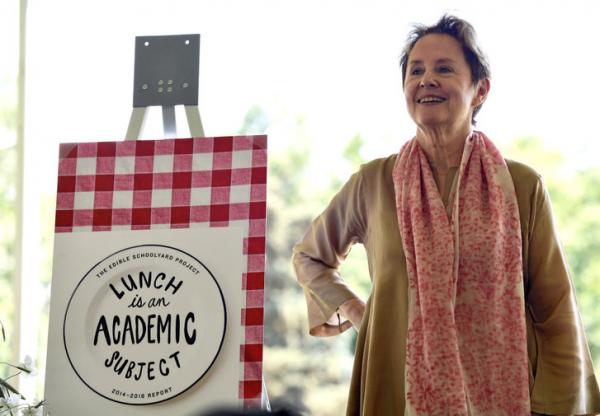 All French dishes on the menu were prepared with fresh ingredients, which were specially purchased from local farmers and markets. Waters spoke out against frozen foods that were brought from all over the world: they tasted different, and their transportation harmed the environment.

Thus, Waters, always striving to feed people simply and tasty, made a real revolution in the US food system.

Alice Waters garden revolution: how a simple chef brought the US to the garden

Briton Gordon Ramsay was going to become a professional football player, but due to injury he had to choose a different path. In college, Ramsay became interested in cooking, and then worked in the kitchens of many prestigious establishments. 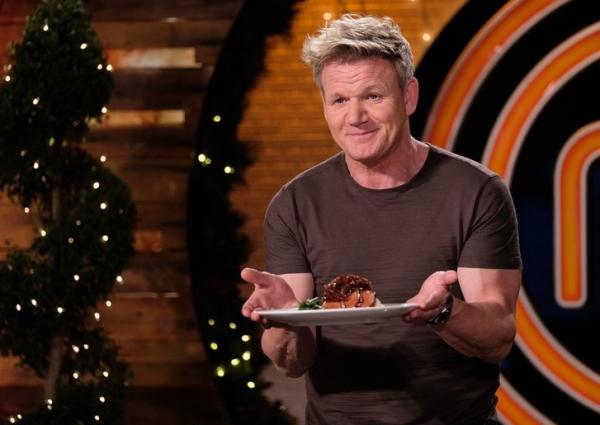 Currently, he has a network of his own restaurants, not only in the United Kingdom, but also in the USA, Italy, Qatar and other countries. In total, his establishments managed to get 17 Michelin stars, which non-French chefs rarely boast. He hosts a number of television and reality shows that are popular all over the world, dozens of cookbooks have been published under his authorship.

See also over restaurants and who needs it

The life of Briton Heston Blumenthal also changed after a trip to France, which he made with his family. He is sure that eating is one of the few activities in which all the human senses are simultaneously involved. During a visit to the French restaurant L’Oustau de Baumanière, marked with three Michelin stars, he was convinced of this. Unlike other chefs, Blumenthal does not have a professional culinary education, he is self-taught. 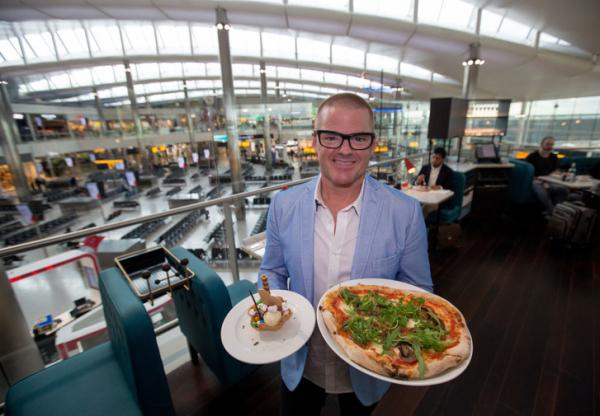 The Briton is a supporter of molecular cuisine, approaches cooking as a combination of physical and chemical processes. 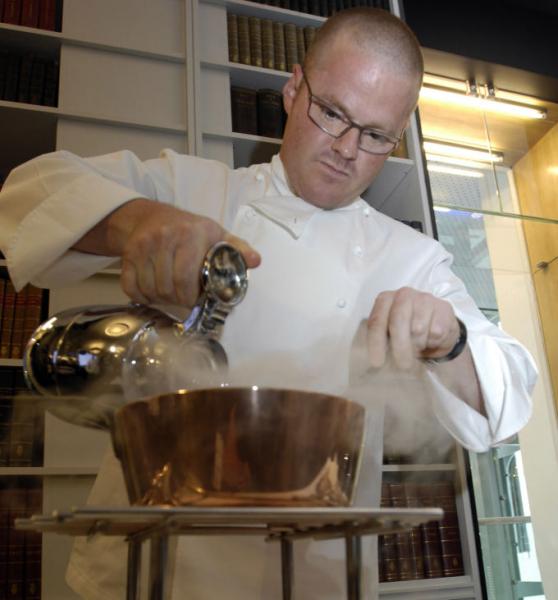 At the same time, well-known dishes can be prepared from completely unexpected ingredients. So, in Blumenthal's Fat Duck restaurant, you can try white chocolate with black caviar, snail porridge and ice cream from eggs with bacon and crab.