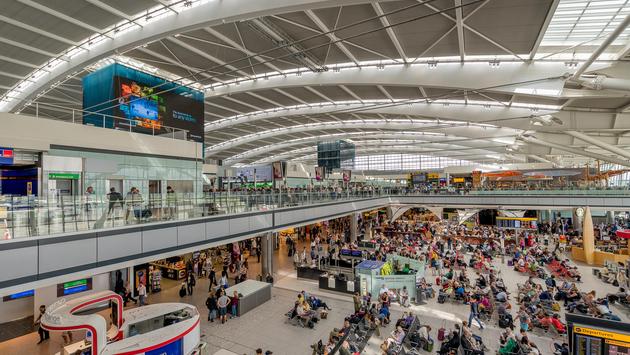 A busy terminal inside London's Heathrow Airport. (Photo via: GordonBellPhotography/iStock Editorial/Getty Images Plus).

British Airways and its main terminal at London’s Heathrow International Airport have a growing problem.

The airline, which earlier this year cut back on loading luggage on short-haul flights due to a severe staffing shortage – telling passengers to go on ahead and that their bags would catch up with them – is now watching helplessly as a mountain of luggage piles up at the terminal.

Passengers have been waiting days – some have been waiting for nearly two weeks – to collect their luggage while it piles up, unattended. Some have resorted going to the airport every day to try to find their belongings themselves.

Passengers Adam Kent told Business Insider: “Staff were nowhere to be seen, everyone was pretty shocked. Abandoned luggage was left unsecured and could easily be stolen.”

Mark Wayt, who landed at Heathrow on Saturday, told Insider that said every luggage carousel in Terminal 5 had hundreds of bags lined up around them.

British Airways told Business Insider it is working with several courier companies to deliver luggage to customers as quickly as possible.

“Bags on the vast majority of our flights are being offloaded and returned to our customers as normal,” a spokesperson said. “On the very limited number of occasions when we experience severe operational challenges, we are apologizing to our customers and asking them not to wait for their bags.”

And it’s not just British Airways. Fliers are running into similar problems on other airlines and other airports as well.