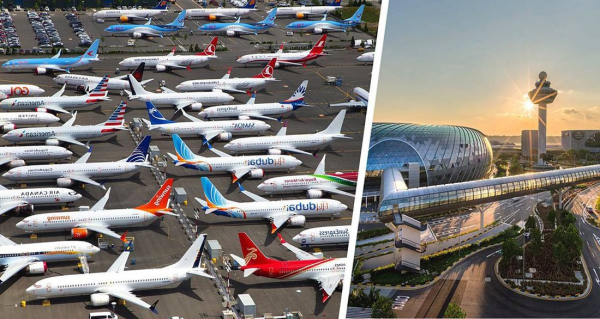 Istanbul Airport, a popular hub among Russian tourists, became the busiest airport in all of Europe from 13 to 19 July. Such statistics were announced by the European Organization for the Safety of Air Navigation (Eurocontrol). The organization also calculated the countries with the largest number of flights, their ratio with pre-docian times, as well as airports with the most delays.

So, according to Eurocontrol experts, in the period from July 13 to July 19, an average of 30,509 flights per day were made throughout Europe. At the same time, Istanbul Airport was the busiest airport in Europe. The frequency of flights at the airport increased by 5% compared to 2019. Interestingly, Antalya Airport also made it to this list – it took 7th place.

The rest of the leaders are as follows – the country with the largest number of flights was the United Kingdom. There are 5,708 flights per day there, followed by Spain with an average of 5,259 flights and Germany with 4,896 flights.

Among airlines, Ryanair ranked first in terms of flight intensity, with a 12% increase in flights compared to pre-pandemic levels, and it operated 2,944 flights. Ryanair is followed by easyJet with 1,583 flights. In third place was Turkish Airlines with an average of 1,512 flights per day.

We also counted the airports with the most delays. Oddly enough, against the backdrop of news about the aviation chaos in Europe, in the first place is even the Canadian airport of Toronto – Pearson. They counted 52.5% of delays. This is followed by Europeans famed for aviation chaos: Germany/Frankfurt (45.4%), France/Paris Charles de Gaulle (43.2%), Netherlands/Amsterdam Schiphol (41.5%), UK/London Gatwick (41.1%), UK/Heathrow (40.5%) , Germany/Munich (40.4%), Greece/Athens (37.9%). Also included in the list. Australia/Sydney Kingsford Smith (34.2%), USA/Orlando (33.4%).

For those who care about a healthy lifestyle, we recommend reading: “Doctor reveals ways to deal with a headache from weather atmospheric pressure” .