People have known about the benefits of root vegetables for thousands of years. They helped our ancestors survive hungry times, and in well-fed years they diversified the table and supplied them with vitamins

In ancient times, it was mainly women who were engaged in collecting roots, but over time they began to plant plants in gardens and invent all kinds of dishes from them. Of course, in terms of nutritional value, root crops cannot be compared with either meat or bread. But due to the fact that they can be stored for a long time, in the northern countries, root crops helped to survive the hungry winter. They prepared both the first and the second and dessert.

In Russia, were especially popular turnip, radish, rutabaga, carrot and beetroot. They often formed the basis of the diet of the poor. Root crops were added to the filling for pies, they prepared a prison with them. A special “flour” was made from radishes, and radishes were also served for dessert with molasses. Turnips were fermented and salted.

Dishes from root crops also came to the rescue on fast days, which, according to the Orthodox calendar, took more than half of the year. “Domostroy” – a set of rules of the 16th century – recommends the hostess that on the table there should be “shchi and rich porridge on fasting days, sometimes peas, and sometimes baked turnips.”

Root crops from Umbrella family — parsley, celery, parsnipthey are also saturated with essential oils, they give a special piquancy to meat dishes.

“Celery, mixed with excellent jelly, it serves as an excellent accompaniment for interchangeable and introductory dishes, such as, for example, a leg of lamb stewed between chunks of lard in a tightly closed dish, or a lamb side. In poorer homes, celery, prepared in the same way as chard, serves as a modest pre-dessert dish; a much more refined dish – celery cream; it is extremely difficult to make it according to all the rules of art, and success in this field makes the chef a great honor.”

Dishes and root crops are popular not only in Russia, but also in Italy. Here, in addition to the well-known swede, turnip and celery, they also eat root crops of plants from the Asteraceae family – chicory and scorzonera.

Today, root crops are valued for their low calorie content and high concentration of useful vitamins and minerals. And with a skillful approach, you can cook many delicious and unusual dishes from them. We invite you to verify this.*

On the sidelines: 5 reasons why you should not underestimate radishes

Bake bell peppers (whole) for 30 minutes. Then we clean it from the peel and seeds, cut into small cubes and add to the soup. Decorate with cilantro leaves, thinly sliced ​​radish, carrot mousse. 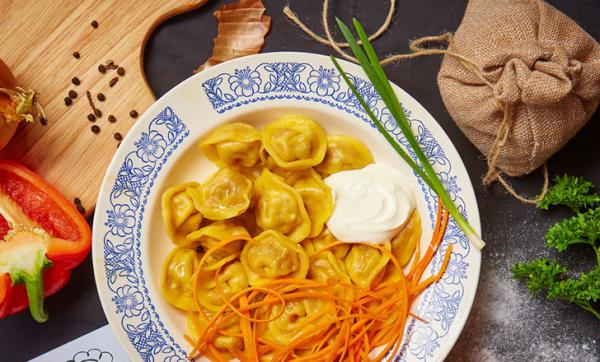 For the dough, dilute freshly squeezed carrot juice with warm water, add salt to taste and a little sweet paprika. Crack 1 egg and beat well. Next, gradually introduce the flour and knead until a dense elastic dough is obtained. Cover the dough and let it rest.

For minced meat, cut bell peppers, onions and carrots into large pieces, marinate with spices and bake in the oven until half cooked (carrots until fully cooked). Finely chop the baked vegetables with a knife and bring to taste. We roll out the dough thinly, cut out circles, place the filling on them, sculpt classic dumplings, boil in salted water, grease with melted butter before serving and decorate with baked carrots. You can also serve it with sour cream.

Wash the vegetables, peel and cut with the sharpest knife as thinly as possible. Put the vegetables on parchment, sprinkle them with oil, sprinkle with salt. Send vegetables to the microwave for 5 minutes at the highest power. Cool the vegetables – so they will become even more crispy.

While the vegetables are cooling, make the sauce. To do this, mix mayonnaise and sour cream in equal proportions, add tomato pulp, fresh basil, garlic, olive oil, salt, pepper, oregano, cilantro and mint, lime juice and lemon zest to the mixture.

What happens if you eat zucchini every day? 6 facts about the benefits and harms of “bush pumpkin” 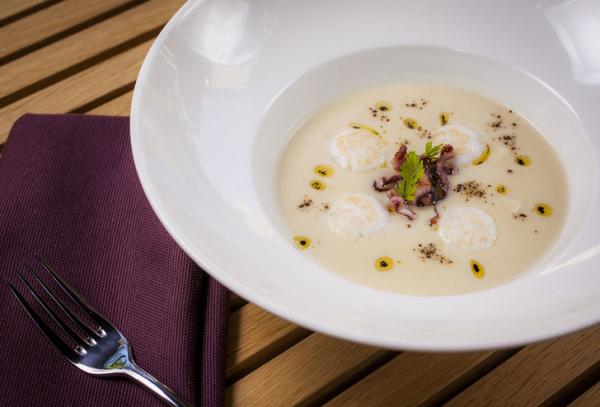 < p> Preheat the oven to 160 degrees, put the sea salt on the tray, on top – the whole beets, bake for 30 minutes. We cut the fennel and daikon into strips 1 mm thick. Add olive oil and lemon juice.

Pour cold olive oil into a blender glass, add honey, mustard, beat for 30 seconds until the consistency of mayonnaise, add lemon juice at the end. Cut the beets with a slicer into pieces 1.5 mm thick.

Put the beets on a round plate in circles in diameter. Put the daikon, fennel and spinach leaf in the middle. Sprinkle with chopped nuts. Drizzle with honey mustard sauce.

Peel is healthier than pulp: 10 fruits and vegetables you don't really need to peel before eating

< h2>Beetroot salad with persimmon from Sergey Kondratiev, chef of the restaurant “Spices & joy “

< p> Cut off the breast and legs of the duck, fry the remaining “frame” in vegetable oil. Then place in a saucepan, pour hot water (3 l), add peppercorns. Cook over low heat.

Cut the shallot into cubes and fry over low heat. Add chopped celery and simmer for 1 minute, then add white wine and simmer for another 10-12 minutes. Then add the mascarpone, heat until it starts to melt, add salt and pepper. Remove skillet from heat. Duck liver (foie gras), cut into escalopes 1.5-2 cm thick, fry on both sides (one minute on each side) and put in the oven for 4 minutes at a temperature of 170 degrees. Put the celery risotto on a plate, top with foie gras. Serve duck broth separately.

Is this really edible? 10 unusual vegetables from around the world

Parsnip cut into small cubes. In a saucepan, mix milk with water, add cream, add a bouquet of rosemary, garlic and thyme garni to it. Bring to a boil, remove the bouquet and add the parsnips, cook until tender. Drain the liquid, pierce the parsnips in a blender until smooth. Fry porcini mushrooms, add diced shallots, celery, carrots, thyme, garlic. Pour in white wine. Simmer until evaporated. Add cream and salt and pepper to taste. Continue simmering until creamy. Fry the veal steak on all sides until golden brown, salt, pepper, bring to readiness. Serve with fried mushrooms and parsnip puree.

Tops and roots with history: 9 oldest vegetables in our garden 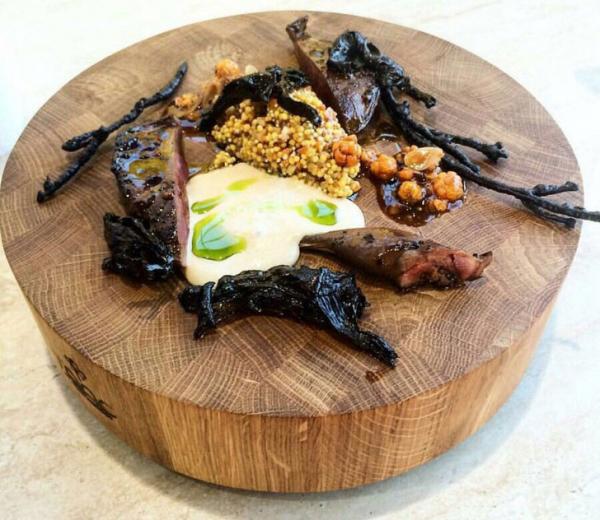 Fry the guinea fowl breast until tender. Then add cherry jam until a light glaze forms. Carrots, shallots, celery root and mushrooms cut into small cubes and fry in a preheated pan until golden brown. Boil quinoa and millet until tender. Then combine all the ingredients with the broth.

For the sauce in a saucepan, combine the broth, red wine, cherry jam, red must, evaporate everything by a quarter.

For mashed potatoes, peel the potatoes, chop and fry in a pan with shallots until golden brown, add porcini mushrooms, salt and pepper. When ready, add cream, beat in a blender until smooth. Place guinea fowl breast, root porridge, cream of fried potatoes on a plate.

*Chef's Workplaces -chefs are indicated as of 2016