One of the main criteria for buildings that claim the record is height. “Around the World” talked about the highest skyscrapers in the world, but not only skyscrapers, but also buildings of large area and volume can be outstanding in their own way. 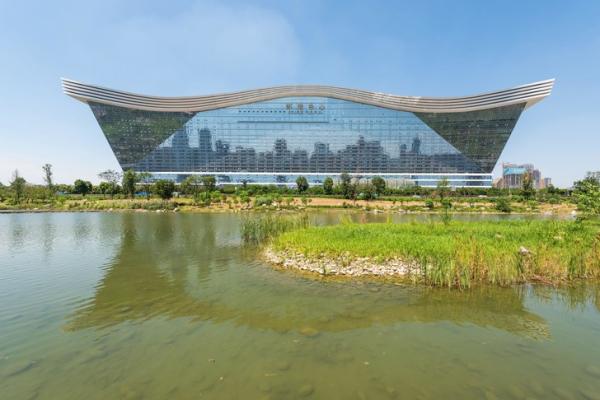 To have something to compare with

When talking about large areas, they are often compared to a football field. This is convenient, but not always accurate, as it often forgets to indicate what size field is meant. We won't be measuring the buildings in our selection in football fields, but to make it easier for you to imagine their scale, we point out here that the world's premier football organization FIFA recommends that matches be played on a 7140 m2 field (i.e. 0.714 ha) and 105×68 m.

This giant is almost a kilometer long, 500 meters wide and as high as a five-story building ( to fit more than 20-meter keels of airliners and still have room) was built in 1966-1968, when Boeingbegan producing the largest airliner in the world at that time, the Boeing 747. Even today, the largest aircraft of the company are assembled there, and many pieces at the same time. Up to 30,000 people work at the plant under the light of one million lamps.

Number two in the world in terms of volume is Tesla's gigafactory in Texas (almost 9.6 million m3), followed by the Al-Haram Mosque in Mecca (about 8 million m3) and 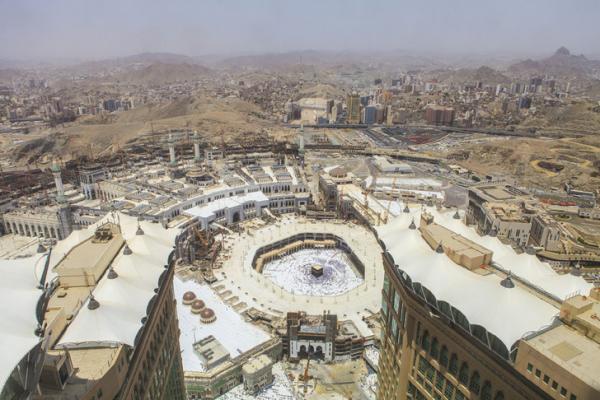 Closes the top 5 most voluminous buildings Aereum  – a hangar built in the mid-1990s by the German company Cargolifter AG 50 km south of Berlin for the construction of airships. This dome, measuring 360×210 meters and up to 107 m high (it will easily fit St. Basil's Cathedral from Red Square – with all the turrets, domes and basement, and there will still be room) covers the world's largest undivided space – volume 5 .2 million cubic meters. 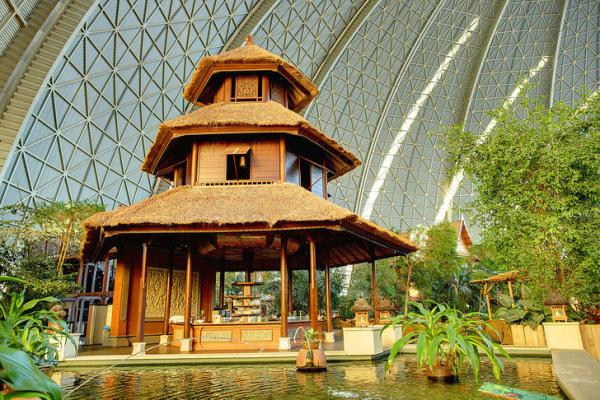 Business at Cargolifter AG failed, so in 2004 a year-round tropical theme park was opened here with groves, ponds and waterfalls. It's called Tropical Islands Resort.

“Architectural tourism opens up completely unexpected directions”: 11 questions for an architectural historian Number one for this indicator — Bloemenveiling Aalsmeer, a building in the Dutch city of Aalsmeer, where a flower auction is held every morning from Monday to Friday. Millions of flowers from all over the world are brought annually to this 700 × 750 m building with an area (on the surface) of half a million square meters, most resembling a warehouse about two floors high.

Here they are sold, bought and here but again they set off, thanks to the Amsterdam airport and seaports nearby.

Number two -with a small lag -automaker Tesla factory in California: about 427 thousand m2. In general, among the largest buildings in terms of surface area, there are a lot of logistics centers and warehouses. The top ten largest facilities in the world by this indicator, in addition to those mentioned, also include Michelin, Nike and John Deere logistics centers(all in the US). It makes sense: products that are ready to be shipped around the world are easiest to place in just such long and flat spaces.

Architecture for dummies: 12 buildings of the most incredible shape

By the total area of ​​the premises

Unlike the previous paragraph, this takes into account the area of ​​u200bu200ball the premises of the structure. And Asia is the leader here: the largest building in the world by this indicator is located in China, in the city of Chengdu. This is the New Age Global Center with an area of ​​about 1.76 million m2. For comparison: the total area of ​​the premises of the Aviapark shopping center, one of the largest in Moscow, is about 460 thousand m2.

The length of the New Age – 500 meters, width – 400 meters, the height is 100 meters, and inside, in addition to cinema and hotel shops, there are also offices, a contemporary art center and a water park with an artificial beach (giant screens depict sunrises and sunsets). 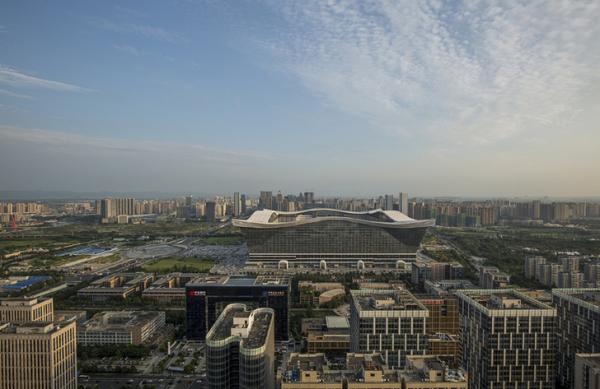 The main competitors of such complexes around the world are airports. So, number two in terms of total area of ​​​​premises is the terminal of the 3rd Dubai International Airport in the UAE with an indicator of 1.71 million m2. It was built to serve up to 43 million people (more than the entire Sheremetyevo Airport in 2017).

Another top ten (in ninth place) is the 3rd terminal of Beijing Capital Airport (also known as Beijing Capital) with an area of ​​986 thousand m2. It is noteworthy that the leader in the previous category – the flower auction building in Aalsmeer – closes the top 8 in this one: the usable area of ​​the building is almost twice as large as the area on the surface, – 990 thousand m2.

Read also< ul class="links-block__items" data-v-c174ebee>Touching the Clouds: The 10 Tallest Buildings in the World

The tallest building on the planet today – the 828-meter Burj Khalifa in Dubai (UAE). 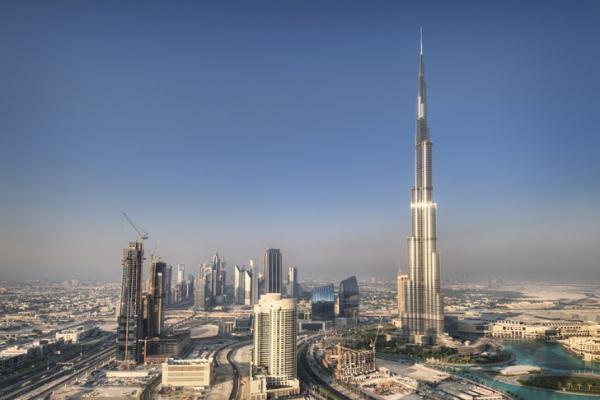 The heaviest building in the world is the Palace of Parliament in Bucharest (Romania). It weighs over 4 billion kilograms. It was founded in 1984 by order of the dictator Ceausescu in the center of Bucharest, destroying a significant part of the historical buildings of the city and even tearing down the hill, and built for more than ten years.

Today, in addition to the Romanian Parliament, it houses a museum of modern art , several government agencies. However, the building is only 70% occupied and, apparently, will never be fully used.