In 2018, missionary John Chow landed on a tiny Indian island with the intention of converting local “savages” to Christianity. He died on the same day, struck by an arrow with a stone tip

For tens of thousands of years, the natives of Sentinel have strictly and even cruelly protected their ancient way of life from any outside interference, representing the rarest example of a long and not unsuccessful isolation from the world.

Man — social animal, and expulsion from society at all times was considered a severe punishment. Despite this, there were always people who voluntarily avoided contact with the outside world. From ancient times, individual ascetics and ascetics left civilization, and in this loneliness they found a source of great religious power.

However, often the desire for isolation became a manifestation of weakness, a senseless attempt to escape from the ever catching up time. Even in the best case, this approach preserved the backlog, which quickly became critical. Having retired from the stage of world history, such groups and entire countries sooner or later disappeared from it altogether.

Individual hermits and small groups have always met both in the West and in the East. In the II century BC. e. a group of Jews, outraged by the transformation of the Jerusalem temple into the sanctuary of Zeus, moved to the shores of the Dead Sea and founded a community that tried to isolate itself from new “harmful” influences.

Thanks to the surviving scrolls, the Essenes sect has become widely known today. However, it was never numerous: while maintaining the exceptional strictness of morals, the community hardly maintained its original size and soon disappeared altogether.

Such groups are really widespread in Christianity. The founder of hermit monasticism, Anthony the Great, believed that one who lives “in the desert” is invulnerable to three types of temptations: auditory, speech and visual. Therefore, the withdrawal from people and from the world made it possible to avoid many of its “deadly” temptations in a simple and reliable way.

However, Antony was already faced with how much such self-denial raises the authority of a person in the eyes of others. So, when a dispute broke out among orthodox Christians with supporters of Arius, the Arians declared that the great hermit adheres to their point of view. Anthony had to personally appear in Alexandria and condemn the heretics, setting public opinion sharply against their teachings. 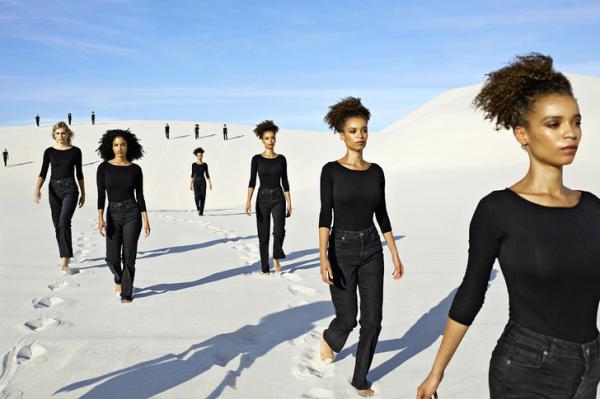 Meanwhile, more and more people began to appear ready to follow the example of Antony. They came to the saint to live in seclusion, using his instructions in religious practices. Thus hermitage in the Christian milieu began to destroy itself. The deserts began to fill up, the students needed common housing and households, and the first monasteries appeared already during the life of Anthony.

Their inhabitants were no longer hermits in the full sense of the word and rarely remained isolated. Moreover, in medieval Europe, many monasteries became important economic and cultural centers, repositories of not only religious but also secular knowledge. It was they who laid the foundations of the Western education system. Until now, we divide university teachers into professors (senior ones who once lived in a monastery) and associate professors (adjunct professors who have not yet earned the right to remain within its walls).

How the Christian Church split

From rivals. The Boer Republics

At the end of the 18th century, the descendants of the Dutch colonists living in the Cape colony already considered southern Africa “legitimately” theirs. They did not welcome the capture of this territory by Great Britain, and after the imperial authorities imposed a ban on slavery, farmers, who had long relied on the labor of black slaves, began a mass resettlement.

The “great track” of the Boers involved more than 15 thousand people who managed to drive out the local tribes and found a new republic to the north of their former possessions.

The British overtook them a year later, and soon the settlers again went north, where else once tried to become independent. Their young states, the Orange Republic and the Transvaal, remained out of the reach of imperial authorities for about half a century. When the British troops reappeared, they demanded from the Boers not only humility, but also the return of tax arrears for decades of independent living.

The resulting first Anglo-Boer War was not in favor of Great Britain. The ranks of regular soldiers, dressed in bright red uniforms, proved too easy targets for experienced Afrikaners in hunting. They themselves were a little scattered over the area, flowing like water between the fingers. Despite the serious superiority in resources, technology and management methods, London was forced to recognize the autonomy of the Boers, and they began to live their usual lives.

However, Boer flight from civilization was doomed. Trying to act on a par with modern states, the Afrikaners failed to overcome their technical backwardness, and did not really try.

Therefore, when the richest deposits of diamonds were discovered on their territory, the same British had to be invited to develop them. British migrant workers, the Uitlanders, brought steam engines, and De Beers founded by Cecil Rhodes spared no effort and lives of black workers to extract precious stones.

Within ten years the uitlanders had become the majority in both Boer republics. Under the pretext of defending their rights, Britain struck again. Up to 500 thousand soldiers arrived in South Africa – most of the Boer population, counting women and children – and with them modern artillery. The second Anglo-Boer War of 1899-1902 remained with the British Empire, and the descendants of the Dutch settlers finally lost their independence. The self-isolation of the Boers lasted only half a century.

Under the shade of cherry blossoms: the secrets of the art of a geisha

Japan of the 16th century actively traded with Europeans. Western firearms were in particular demand, a weighty argument for internal wars. However, Catholic missionaries arrived along with the merchants.

The Japanese communities that had been “treated” by the Jesuits went very far from traditional culture, and the shogunate began to fight against “foreign influence”. The pressure of the state gave rise to discontent and led to an uprising, which was pacified with great difficulty. Trying to prevent new unrest, the authorities proclaimed the policy of sakoku – “country on the chain.” Firearms were banned, maritime trade with foreigners was reduced to a few ships a year.

This is not uncommon in the Far East. Isolationist was Qin China, which closed under the pressure of pirates who hunted for merchant ships. Having lost its economic base, piracy has really suffered.

It seemed that Japan, too, was benefiting from this policy: for more than two centuries, the country did not know mass firearms, and with it, serious internal conflicts. However, the disadvantages of isolation did not go away, they only appeared with a delay.

While Japan did its best to preserve the traditional way of life, the West was rapidly moving forward. Steamships appeared, affordable and practical rifled weapons, and in 1854 a rather modest American squadron was able to force the entire country to sign the trade law and end self-isolation.

Things were no better for the Qin Empire. Its huge army could not cope with the detachments of the French and British, with their advanced weapons and warfare technologies. The end of isolation turned into a long period of catastrophes for China and the fall of a centuries-old empire. 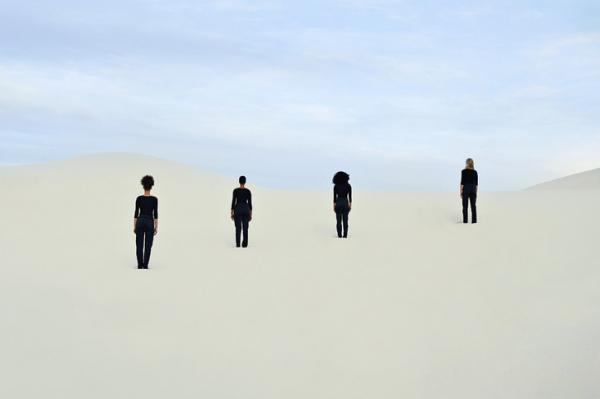 Another neighbor of China, Bhutan, managed to return more smoothly from isolation. This tiny and inaccessible highland country cannot boast of important resources, so the interest of the colonialists for a long time bypassed it.

The rulers of Bhutan managed to conclude peace with England, recognizing themselves as vassals of the empire in exchange for complete autonomy and non-interference. The isolationist policy continued after independence, contacts with foreigners were reduced to a minimum. Fortunately, the monarchs ruling Bhutan were far-sighted enough to understand that stability without technological development could end in failure. In recent decades, bans have been gradually and carefully lifted, and at the turn of the 21st century, the country even got its own television.

In myself. Inhospitable Sentinel

How many people live on North Sentinel is not known exactly: estimates range from a few dozen to hundreds. A small island off the coast of India is inhabited by representatives of a tribe that came here about 60 thousand years ago and has since remained in complete isolation.

They still do not know agriculture and cattle breeding, using the same tools as their distant ancestors. Attempts to bring the “gifts” of new technologies to the natives or simply to make contact are not successful. They buried the donated doll, killed the sent pig without eating it, and buried it again.

For an obscure reason Sentinelese are quite hostile to strangers and actively resist attempts to violate their self-imposed seclusion. In 2006, they killed two fishermen who landed on the island, and in 2018, an American missionary. However, the small island has no economic value, and the Indian government easily declared it an “ethnic reserve”.

Isolation seems to benefit the inhabitants of North Sentinel: it's no joke, 60 thousand years of complete stability and peace, silence , which the rest of open humanity can only dream of.

Material published in the magazine “Around the world” No. 10, October 2019, partially updated in September 2022