Today, when asked what a pickle is, most will say without hesitation: soup with pickles. But such an answer was not always so obvious. .

Pickle, according to the dictionary of Brockhaus and Efron, was also called the type of dishes in which this dish was served. Impressive examples of such 17th-century silver “pans” are stored in the Armory of the Moscow Kremlin. They served not just pickles and sauerkraut, but a whole class of dishes. 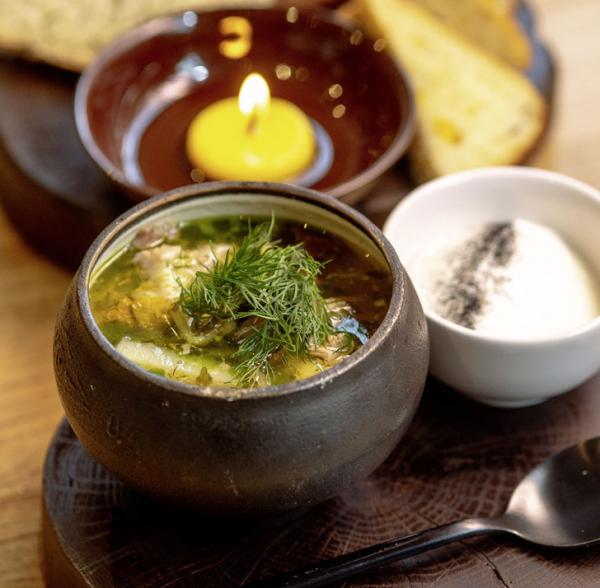 According to the researcher of Russian cuisine Maxim Syrnikov, there were “endless hares, pikes and sterlets in brine, and even brine roosters with ginger … All these dishes were called brine, in the old spelling – brine. And it was not only about the brine in which fish or meat was harvested. Pickle in Russian kitchen terminology is also a synonym for gravy, sauce.

The 16th-century Austrian diplomat Sigismund Herberstein wrote in Notes on Muscovy: “When we started eating fried swans, they seasoned them with vinegar, adding salt and pepper to it (they use it as a sauce or gravy). In addition, (for the same purpose) sour milk was supplied.

Soup, in which pickles were used, in the old days was called “kalya”. Vladimir Dal describes it this way: “A kind of borscht, a stew in cucumber pickle, with cucumbers, beets and meat, and in the post with fish and caviar; caviar stew with pickled cucumbers.”

The popularity of this dish among the people is evidenced by the saying: “Where the calla is, there I am.” The broth was cooked from any products: meat, fish, mushrooms. For satiety, cereals were added to it: millet or barley.

When the kalya turned into pickle is not known for certain. In any case, recipes for this soup are found in abundance in cookbooks of the late 19th century. Following the experience of French cuisine, the authors of these essays recommend in some cases to delay the broth with whipped egg whites for transparency, and instead of classic sour cream, fill with lezon – a mixture of yolks and cream.

Novotroitsky rassolnik, which was served in a tavern at the courtyard of the Holy Trinity Sergius Lavra on Ilyinka in Moscow, was widely known among fans of the dish. Since the monks did not eat meat, they prepared soup from fresh and salted fish with crayfish tails. The broth was cooked like for fish soup, adding white roots: parsnips and parsley, as well as peeled pickles with brine.

Several types of fresh fish were taken – sturgeon, ruff, pike perch. From salty – aunt of stellate sturgeon and white salmon or sturgeon and beluga. The latter was added for the brightness of the taste, so that the fish pickle did not seem insipid. Lean pickle was prepared from dried mushrooms.

The author of the famous culinary book of 1899, Pelageya Aleksandrova-Ignatieva, in one of the recipes recommends using not only barley, but also semolina for dressing: “Semolina for pickle is taken the best, the so-called Moscow one.” 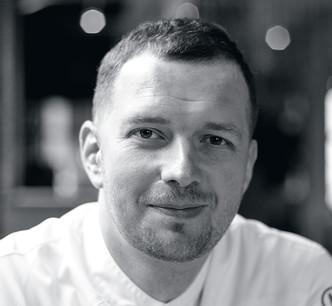 The brand chef of the Uhvat restaurant (in 2020. — Note by Vokrugsveta.ru) advises on how to choose the right cucumbers for pickle.

Who taught you how to cook this dish?

Father, he is also a chef. Our family comes from Ukraine, where for pickle they use not lean beef or offal, but rich pork, sometimes they add tomato paste.

What is important for a delicious pickle?

< p>Good pickles. You need to choose them in a small size, with a thin skin, preferably barrel-cured. Due to the presence of tannins, the barrel preserves the product well and gives it a special taste. I cook most of the dishes in the Russian oven, and I simmer the pickles for the pickle in it, and not the carcass on the stove. Another tip: let the finished soup brew for 5-6 hours. Rassolnik, like cabbage soup, tastes better the next day after cooking.

Fermented vegetables. By the way, they are a global trend today. These vegetables are prepared using advanced gastronomic techniques. For example, I make halibut with fermented sauce. I mix cucumber juice with kefir and store it in the cold in a vacuum bag for a couple of weeks. Then I boil it and add it to the fish. The taste is fantastic – what is called minds today.

In Soviet times, pickle in Leningrad style with beef kidneys became a classic. His invention is attributed to Nikolai Alexandrovich Kurbatov, who developed some recipes for Soviet cuisine after the October Revolution. Pickle is being prepared in Leningrad style on chicken broth with beef kidneys, and potatoes and carrots have appeared in it as new ingredients, barley can be replaced with rice.

In modern gastronomy, dishes from fermented vegetables are held in high esteem. They are valued for their digestive benefits and for their ability to enhance and enhance the flavors of other ingredients. In fact, these vegetables are natural probiotics. In addition, nutritionists have found that brine contains electrolytes and can, for example, relieve muscle spasms, improve thermoregulation, and save from dehydration.

Now the global gastronomic community is in trend with traditional techniques and dishes, so perhaps the time is not far off when pickle will experience a new birth. Now as a haute cuisine dish. It remains only to wait a bit. 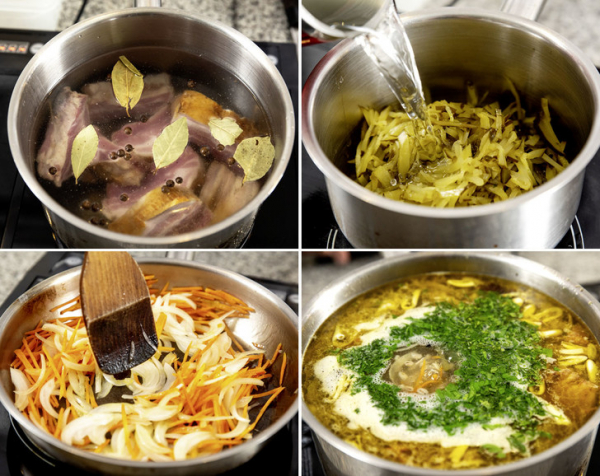 Pork ribs 10 cm wide, clean from the veins and rinse well. Place in a saucepan, cover with cold water. Cut the stems of parsley and dill, put in a saucepan, add black pepper and bay leaf. Bring to a boil and season with a little salt. Remove the foam and cook for 2 hours over low heat. Strain the finished broth. Divide the ribs into portions and set aside.

Cut the pickled cucumbers into small strips, put in a saucepan, pour over the brine and simmer for half an hour over low heat. If the brine is very salty, dilute it with water. Boil pearl barley separately in salted water for 30 minutes.

Sauté onions and carrots until golden brown for 15 minutes. At the end, add chopped garlic. Cut the potatoes separately.

Put the broth back on the fire. Bring to a boil and in turn add sautéed vegetables, stewed cucumbers with brine, potatoes and pearl barley with water where it was boiled. After 15-20 minutes, remove the pickle from the heat. At the end put the greens. Pour into plates, adding a portion of pork ribs.

Material published in the magazine “Around the World” No. 8, October 2020, partially updated in August 2022