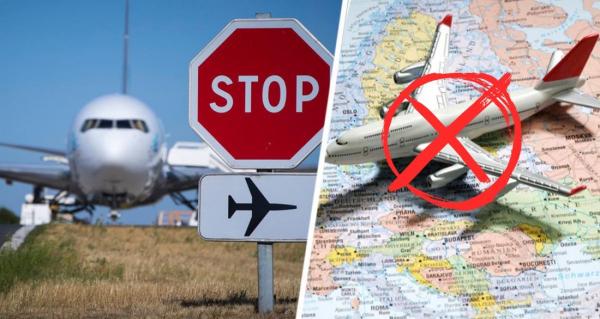 Air sanctions against Russia have begun to operate – such an assessment was published by the Western press. Politiko reminds readers that after February 24, Russian airlines were banned from flying over most of Europe and North America. US and European manufacturers are prohibited from selling aircraft, parts, or providing technical support.

“There are fears that Russia will increasingly deviate from global security requirements,” the publication assures. And he assures that the full effect of these measures is “now apparent”, further assuring that, faced with low traffic, Russian airports have been forced to lay off employees. At Sheremetyevo, Moscow's largest airport, almost a fifth of the staff is on vacation; Vnukovo, also in the capital, last week notified about 2,000 employees of possible layoffs. Also, according to his statements, demand is also falling – it has decreased by a third. Aeroflot, mentioned in the first round of Western sanctions, said its passenger numbers dropped by a fifth in March compared to the previous year.

As Vladimir Bilotkach, professor of air transport management at the Singapore Institute of Technology, commented, the forecast is as follows: “The airspace will be closed for a while, Russian airlines will be banned from flying to Europe and other countries, and now Russian carriers are on the EU blacklist.” Blacklist, essentially designates Russian carriers as unsafe, which Transportation Commissioner Adina Velan said was a non-political act. “We don’t mix security with politics.”

“Russia's long-term isolation raises questions about how get access to spare parts and maintenance, or fill the gaping hole left by leasing companies that are unlikely to want to do business with Russia again. Russia burned bridges with leasing companies with a new law that reclassified leased aircraft as Russian, violating international aviation rules,” European experts assure.

“Without spare parts and repair manual updates from the West, Russia is facing increasing difficulties in maintaining its fleet and ensuring that maintenance records meet international standards. Of Aeroflot’s 187 aircraft, all but 10 are from Airbus or Boeing, which are banned from servicing the aircraft.” “, they also say. The Russian Sukhoi Superjet 100 aircraft is also in trouble, as its engines are supplied by PowerJet, a joint venture between the Russian NPO Saturn and the French company Safran.

Rosaviatsia last week dismissed “any concern expressed on behalf of foreign governments about the safety of Russian aircraft,” but industry experts say it’s unclear how the lack of maintenance, access to new parts and record keeping will affect cost and the safety of these aircraft. Experts are sure that the Kremlin is “concerned” by the fact that in April it was announced the creation of a fund worth 100 billion rubles to support domestic industry in response to sanctions. Putin promised that this measure would help reduce the cost of flights and increase aircraft production. The Ministry of Transport of Russia has developed a draft program for the development of the country's air transport industry until 2030, which includes the replenishment of the national fleet with 1,000 Russian-made aircraft. But even with this – as with the help of China – there will be problems, aviation experts are sure.

“The ministry's baseline forecast assumes that passenger traffic will not return to pre-pandemic levels in 2030. In its “pessimistic” The forecast, which takes into account the problems of maintenance of foreign aircraft, says that by 2025 more than half of the Russian fleet can be dismantled for spare parts,” foreign experts conclude.

For those who value a healthy lifestyle, we recommend reading: “The doctor told about the dangers of pulling out gray hair.”

➔ See the news on your smartphone? Subscribe to tourism news from Turprom in Google News or Google Discover: these are fresh travel ideas, travel news and collections on sales of tours and air tickets! Or subscribe to the travel news channel at YANDEX.ZEN or at PULSE.MAIL.RU. We also recommend subscribing to our News Channel in Telegram: https://t.me/tourprom