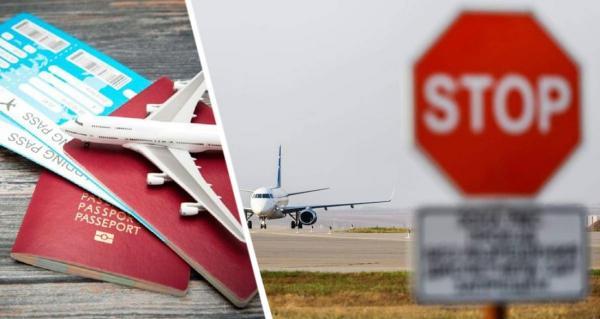 < /p>Rostransnadzor proposed to the Ministry of Transport to build an “air barrier” in Russia for foreign companies and tighten the criteria for admitting foreign carriers. According to Izvestia, the agency proposes, by analogy with foreign countries, to introduce a program for assessing the safety of carriers and allow them to fly only after it has passed – among the main goals are “protecting the interests of domestic airlines, strengthening supervision of foreigners and reducing the number of incidents. The opinions of experts are divided – and some of them believe that the implementation of this idea can increase the shortage of international flights and, consequently, increase prices.

According to the publication, Viktor Basargin, the head of Rostransnadzor, sent a letter with the initiative to tighten the rules for allowing foreign airlines to fly in Russia to Deputy Minister of Transport Igor Chalik. According to this letter, Rostransnadzor “considers it necessary to introduce in the Russian Federation a program for assessing the safety of flights of foreign air carriers by analogy with other countries.” As a result, in order to fly from Russia and over Russia, import carriers will have to be audited and approved to confirm their compliance with the requirements, otherwise the airspace will be closed to them. So far, we note that foreign airlines in Russia operate on the basis of intergovernmental agreements on air traffic and submitted flight plans.

“The goals of the amendments are to control the activities of foreign carriers, prevent and reduce the number of aviation incidents,” the explanatory note states. The agency also noted that the mechanism for assessing the safety of foreign carriers is currently in effect in the EU, the UK, the USA, China, Israel, the UAE, Mongolia, etc., as a result, the requirements for Russian airlines are all the more stringent than those adopted in Russia . Moreover, all this was adopted before any sanctions ten years ago, at least in Europe, when the European Commission, together with the European Aviation Safety Agency (EASA), developed and introduced a program for evaluating carriers from third countries (TCO) and safety certificates, without which are prohibited from flying in the EU. By the way, Russian carriers have canceled these certificates due to air sanctions. “Rosaviatsia then announced retaliatory measures against European airlines, but they were never taken,” experts add. This means that if the mutual opening of the sky does happen, then Russian carriers will have to go through a safety assessment again and obtain certificates, while European carriers will not have to. That is why the initiators consider it necessary to introduce a “symmetrical mechanism for such an assessment” to “protect the interests of domestic airlines” and “create the possibility of Russia imposing retaliatory sanctions on prohibitions and restrictions by foreign states.”

According to the procedure proposed by Rostransnadzor, a foreign carrier must apply for approval at least a month before the start of flights using the airspace of the Russian Federation. It is issued for a period of two years for each aircraft. Moreover, the approval issued to the carrier can be limited or canceled if he does not comply with the deadlines for eliminating violations specified in the inspection instructions, as well as in the event of inconsistencies, suspension, restriction or cancellation of the certificate by the state that issued it. Another reason for restriction is if the country of the operator is not able to control it.

Expert assessments, as already mentioned, are divided. Thus, Izvestia's source in a major Russian airline called the initiative of Rostransnadzor useful if it is implemented in a truly comprehensive way as a real tool aimed at ensuring the safety of Russian passengers, and not just as retaliatory sanctions. But at the HSE, “represented” by the leading expert of the HSE Center for Transport Economics, Andrey Kramarenko considers the initiative of Rostransnadzor untimely. Its implementation, according to him, will reduce the already scarce supply of carrying capacity on international flights, increase costs and tariffs, and also create corruption risks.

For those who value a healthy lifestyle, we recommend reading: « A nutritionist reported that a ginger drink promotes weight loss, reduces pain and blood sugar levels.