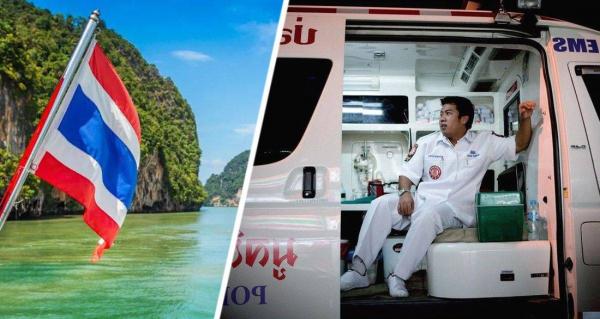 A tragic incident with a Russian tourist happened on the popular Thai Karon beach in Phuket: a 45-year-old tourist from Russia drowned on the beach. The rescuers who arrived could not save him.

According to local media, the incident occurred around 9 am. The alarm was raised by eyewitnesses who discovered that the tourist, Vadymir Kh., “swam in the sea and suddenly disappeared under the water.” Rescuers dived for the tourist and pulled him ashore. Then they promptly called an ambulance, but in the end to no avail.

The tourist was artificially respired by both the rescue team and the ambulance that took him to the Chalong hospital. However, in the hospital, doctors only had to ascertain the death of the patient. It is expected that an autopsy will be carried out, which will accurately establish the cause.

Recall that exactly a month ago a similar tragic incident occurred in Turkey. Tourist Konstantin O., 39, drowned in Antalya, in the resort of Kemer. According to the details provided, the tourist drowned on the beach of the hotel where he was staying. At the same time, as the Turkish media write, the rescuers realized that the tourist was in danger and lowered the lifeboat, which took the Russian tourist ashore. First aid was provided by the hotel's doctors who arrived at the scene, then the tourist was taken to the nearest hospital. But, unfortunately, help came too late. Despite all interventions, the tourist died in the hospital. Read the details at this link.

For those who care about a healthy lifestyle, we recommend reading: “A nutritionist selected 6 of the healthiest fruits available.”