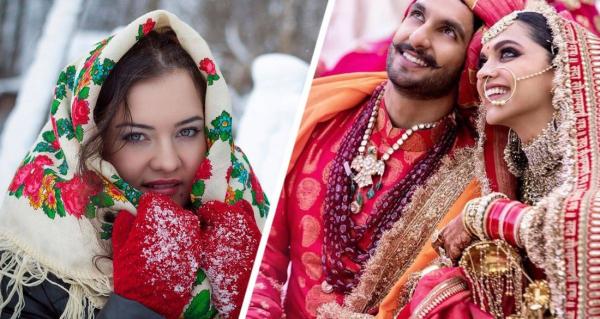 A Russian traveler called the marriage of compatriots and Indian men a “nasty union,” because “to love an Indian is the same as linking your life with big problems.” She made such a tough statement on the Yandex.Zen channel and spoke in more detail about this using the example of what she saw in India.

“Local men remind me of gypsies. Indians know how to charm: after communicating with them, the mind becomes clouded. And in general, right before meeting him, get ready to be abandoned in the future! This must be accepted as a fact, because he cannot provide you with guarantees of a happy family life. He's an Indian! But to promise mountains of gold – he is a great master, ”the author shared.

They promise a lot

According to the girl, all the Indians she knew “choked on the promise to help” when she asked them to buy a scooter. She “believed and waited.” “But alas, the Indians immediately forgot about their words… They give hope that will remain on hold,” the girl was indignant.

In India, a marriage concluded in Russia is considered invalid

As the blogger explained, she knows cases when an Indian guy comes to Russia to study, starts a relationship with a Russian woman, then marries her. The family has children. And at the end of his studies, he leaves without obligations. “Evaporates! In India this marriage is not valid! To become a real wife of an Indian, you need to go through a marriage ceremony in his country. And if for all the years that you lived happily in your apartment in Russia, he never introduced you to his relatives, each time coming up with excuses – that’s it, start getting used to the status of a “straw widow”. Such an Indian will eventually run away to his country, and you will never see him or write to him again, ”the girl warned.

Parents choose the fate of an Indian

< p>The tourist said that after receiving a profession in Russia, the son returns to his homeland, where he is “already waiting for a life planned by the points of his parents.” In particular, the bride was chosen by the parents long before the young man met her: “Indians begin to marry when the kids are in school, and they don’t even know that a wife or husband has already been found,” the Russian woman explained.

Indians have a “biased attitude towards women”

The author of the material stated that Indians like to dominate women. This is in everyday matters and in outlook on life. According to the Russian woman, such a union is a tyranny on the part of a man.

“There are many of our young ladies who married an Indian. They left for India for good, and in the new country they had to change a lot of things, for example, their eating habits, even religion and much more … So, dear Russian women, stop suffering! Stop taking the word of foreigners. Indian men in the face of bastards are not all, but their percentage is higher than noble and modern, ”she summed up.

Earlier, Turprom wrote that “A Russian woman revealed 4 ways to book accommodation abroad, if only “ our “map”.

For those who care about a healthy lifestyle, we recommend reading: “A gastroenterologist explained why belching occurs after eating.”