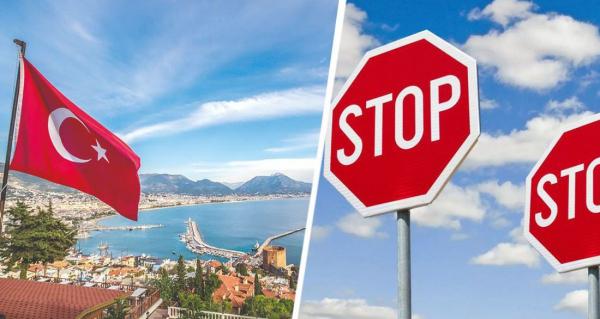 Turkish hotels received a “shock warning” from the Ministry of Finance: for foreign exchange transactions, or rather “unauthorized purchase and sale of dollars” from tourists, hotels risk being closed for up to 6 months, i.e. for the entire summer season, which caused them a real shock, because currency exchange right at the hotel was a popular service for vacationers.

“Some hotels conduct unauthorized foreign exchange,” the Turkish Ministry of Finance said. As a result, a warning was sent to hotels and other enterprises in the tourism sector by the General Financial Administration. It reported that unauthorized buying and selling of foreign currency was being carried out at some hotels, and this activity was declared on the site as a “hotel service”.

“Individuals or legal entities that do not have certificates of the activities of the Authorized Body cannot make exchange transactions for commercial purposes,” the hotels were told. They were further warned that if unauthorized buying and selling of dollars is detected, the hotel will be closed for a period of 1 to 6 months in accordance with the provisions of the relevant legislation, and in case of repetition – on a permanent basis.

Warning for hoteliers it turned out to be shocking – there have always been currency exchange activities in hotels. Hoteliers also emphasize that not only hoteliers, but also tourists, including foreigners who booked accommodation a few months ago, will be the victim of the suspension of operations. However, judging by the publications in the Turkish media, they have already received an answer from the Ministry of Finance – that the warning has been sent out in your interests, so that such closures do not happen.

For those who value a healthy lifestyle, we recommend reading: “The Russians were told how to lose belly fat without going to the gym.