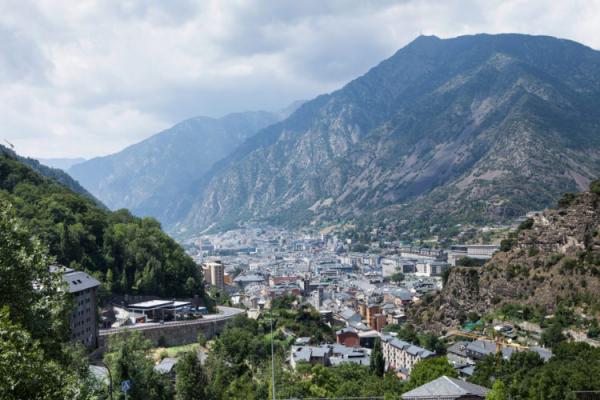 The Principality of Andorra is one of the dwarf states of Europe, its area is only 450 square kilometers. Its “open spaces” are located in the east of the Pyrenees mountain range, between the major European countries – Spain and France. Most of the territory is located at an altitude of more than 900 meters above sea level. Due to its favorable location at the intersection of many transport and tourist routes, the state and its capital Andorra la Vella have long become a place of pilgrimage for many tourists and vacationers. Breathtaking mountain landscapes, ski and SPA resorts, geothermal and mineral springs, museums and architecture of the capital, glacial lakes, as well as many other sights of Andorra in summer and winter make these places especially attractive.

The capital of Andorra, its indigenous residents and guests 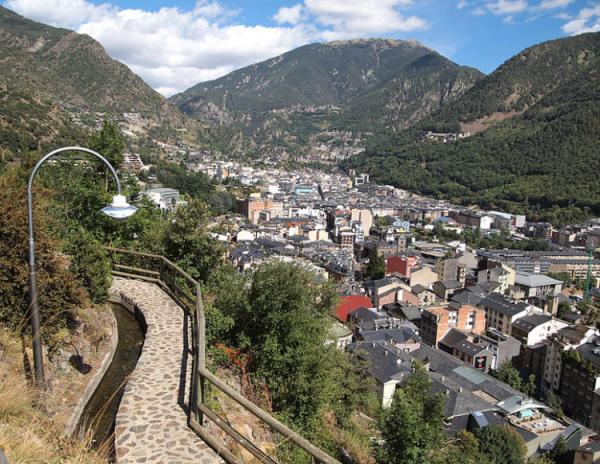 Only about 70 thousand people live in the principality, most of whom are visitors who have received a residence permit. Most of them are Spaniards, a few French and only a third of the total number of inhabitants are native Andorrans. There are a few diasporas of Scandinavian countries, Great Britain, etc. The official language is Catalan, but the national composition of the inhabitants makes its own adjustments, and Spanish or French is used to some extent, including for communicating with tourists.

There is practically no crime here, the activities of all kinds of political unions and associations are banned, so you can be calm: you will not be disturbed by the sounds of protest demonstrations and street riots. Four and a half hundred police officers of the country are monitoring the situation.

Strawberry lovers will be disappointed: strict morals, brought up in Catholic traditions, put an end to striptease, nudism, prostitution, extramarital affairs are still condemned here. Even sexual minorities behave quite modestly. A foreigner who violates local laws or simply behaves defiantly may be expelled from the principality. And be sure – neither the financial situation nor the social status of the offending person will affect this decision.

The principality does not have its own currency and army. The euro is used, tourist sites, cafes and restaurants also accept US dollars, you can easily pay with credit cards of international payment systems, and the amount of currency imported and exported from the state is not limited. But the guarantee of the security of a tiny state is provided by neighboring France and Spain. As attractions of Andorra, Wikipedia notes a high level of culture, healthcare, a developed tourism infrastructure, a loyal tax and banking system. By and large, taxes are practically absent, so the principality is attractive for both financiers and entrepreneurs.

What does miniature Andorra offer

Residents, daily admiring the beauties of their capital, carefully preserve the sights of Andorra la Vella and offer them for viewing to visitors in perfect condition. Clean streets, well-groomed parks, comfortable walking areas, a lot of shops, boutiques, cafes and restaurants – all this contributes to a relaxing and productive holiday.

The most popular sights of the state of Andorra are:

Avenu Meritxell – the street of the capital, in the architecture of which one can see the Roman style, is considered one of the centers of diverse and profitable shopping; 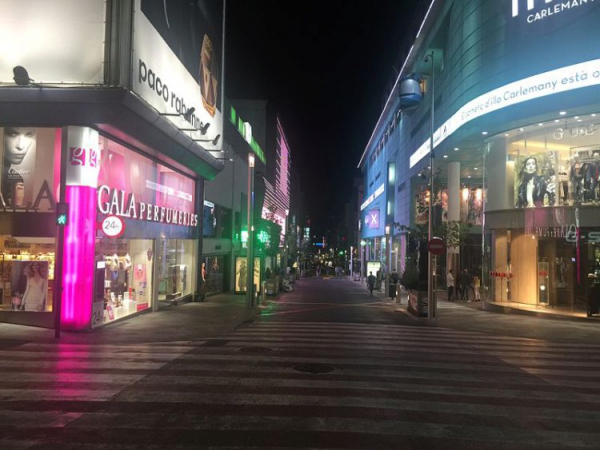 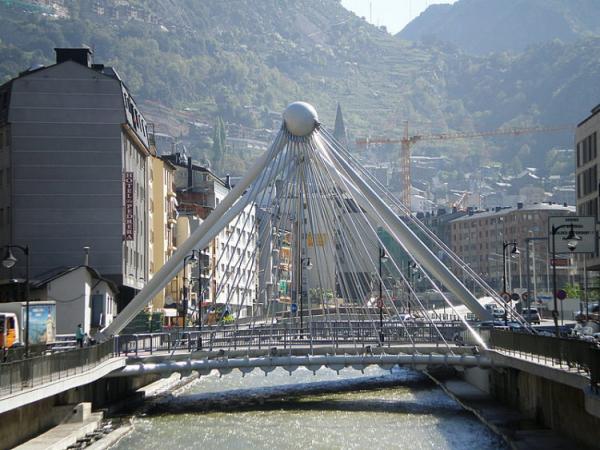 “Nobility of time” – a sculpture of the odious Salvador Dali; 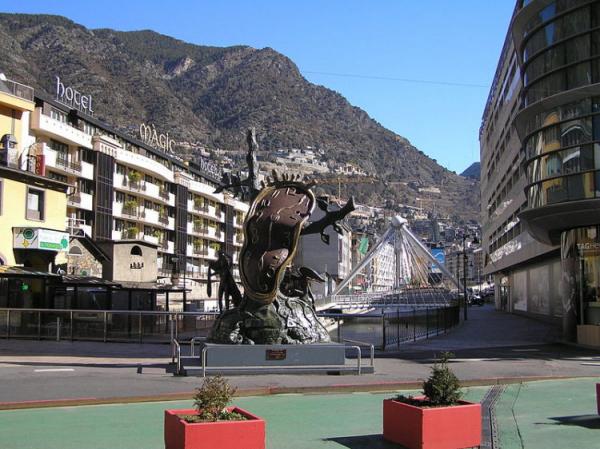 Sculpture of Salvador Dali “Nobility of Time” in AndorraTerence wiki

Casa de la Val – “House of the Valleys” – an ancient castle built in the 16th century; 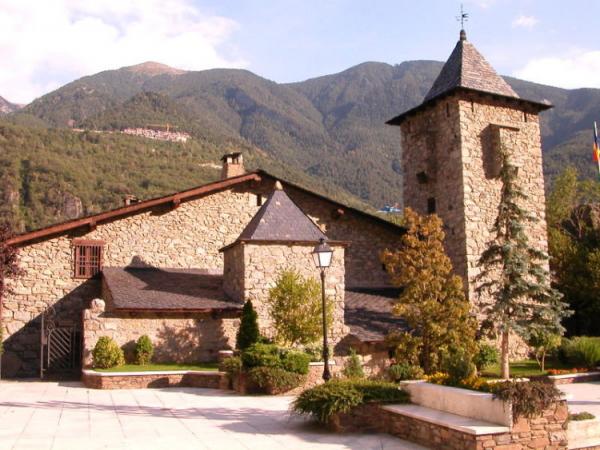 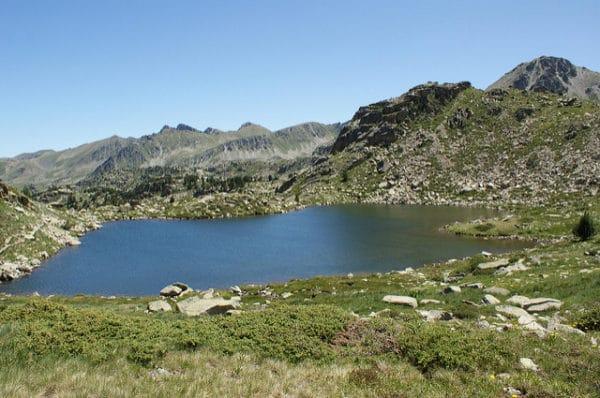 architectural museum of miniatures – the exposition demonstrates the beauty of the capital in mock-ups, which can only be seen under a microscope, and they were created by our compatriot, Nikolai Syadristy.

This is just a small part of what will be of interest to tourists in Andorra la Vella, the sights of which will interest the most sophisticated travelers.

With a smartphone or a professional camera at hand, you can capture the sights of Andorra in a photo, shoot an interesting video about walking in the mountains, or use special equipment to immortalize your dive into one of the crystal clear lakes.

Paths leading to the Principality

It is impossible to get to Andorra by air or by train, due to the lack of an airport and a railway in the infrastructure of the state. However, you can use these modes of transport, reaching France or Spain. The Principality is connected with neighboring states by comfortable roads. To get around, you can choose a rented car, or use regular buses with a wide geography of routes.

Nice to see the sights on the way to Andorra from Barcelona. The track is about two hundred kilometers long from Spain, mainly passes through picturesque places. In the windows of the car, landscapes are constantly changing with serpentine roads, mountain peaks covered with snow, views of the ancient churches and castles of the cities of Sant Julia de Loria and Santa Coloma, located in the south of the principality. After enjoying the sights of Andorra, Spain, and to be more precise, its capital – Madrid, located just 613 km away, will take you to replenish your impressions.

Every year the resort offers visitors a number of festivals and concerts, which are prepared and held in almost every locality. The programs include jazz, classical, folk art and dance. Those who will be here on September 8 will be doubly lucky, because. on this day, just ten kilometers from the capital, “Mare de Du de Meritsel” is held – grandiose national celebrations honoring the Virgin Mary.

The first Saturday of August opens a three-day festival in Plaza la Poble in honor of Andorra la Vella. Catholic Christmas and New Year are widely celebrated – colorful holidays for kids are also organized at this time.

After the trip, many tourists share their impressions of participating in events, amazing photos and descriptions of Andorra's sights, posting them on their pages in social networks .

Despite the developed infrastructure of ski resorts, which are well-deservedly popular, summer holidays in the principality are no less interesting than winter ones. Fans of fun in the warm season are offered: 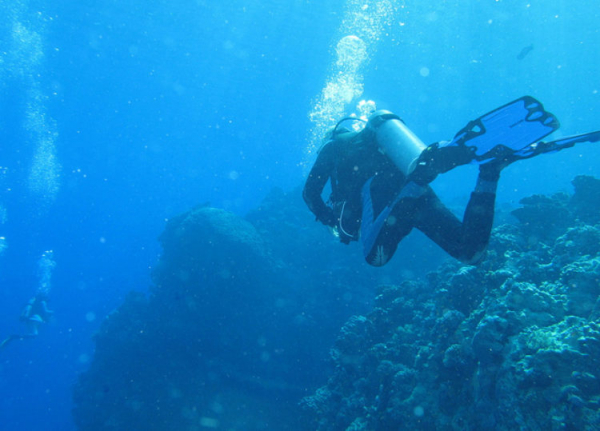 When the snow melts, the Vallnord ski station becomes a great place for lovers of cycling. Mountain biking can be mastered here, having passed an appropriate training course under the guidance of a qualified instructor. Beginners and experienced cyclists are offered a choice of about two dozen scenic routes of varying difficulty with a height difference of up to 1 km. Hiking in the mountains and gorges is organized at the base of the station with the opportunity to tickle your nerves by jumping from a dizzying height, diving in the waters of the Tristaina mountain lake, riding an amphibious car. 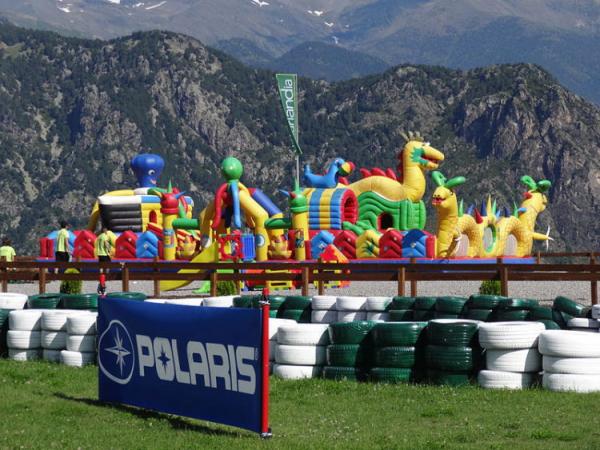 Naturlandia amusement park in Andorra Jordiferrer < p> Grandvalira is another station that changes its profile after the end of the ski season. Its golf courses at an altitude of two and a quarter thousand meters are the highest in Europe. Here you can go horseback riding, ride a canoe on the surface of the cleanest lake, or master the karting track with the breeze.

Going to Andorra, you can be sure that your vacation will be interesting, varied, accompanied by European quality service.