The aptitude test for French chefs since the Middle Ages has been the “white dish” blancmange. And until now it remains a festive masterpiece of haute cuisine

The French culinary critic of the early 19th century, Alexandre Grimaud-de la Renière, wrote in his book Gourmet Almanac: “The top of the art of cooking is an excellent blancmange. Out of ten fine cooks, blancmange is at most capable of doing the right thing; True, in Montpellier blancmange is prepared even by the most ordinary chefs, but in Paris everything is different: here an excellent blancmange can only come from the hands of a genius. 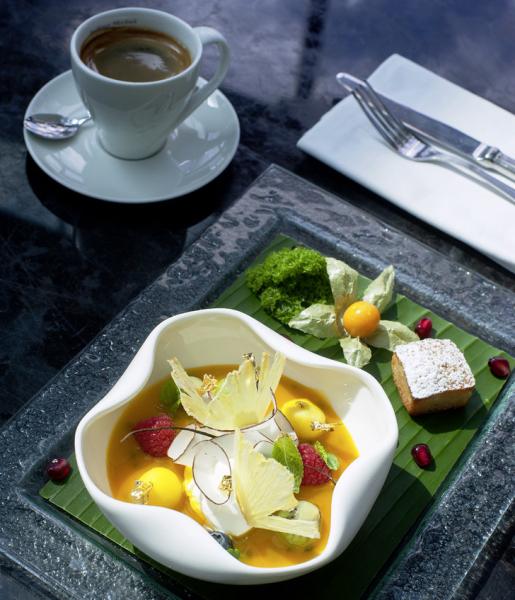 For centuries, blancmange has been a dairy dessert, but it hasn't always been that way. Only the principle remained unchanged: the dish, which looked like a pudding, is prepared only from white ingredients. In the Middle Ages, blancmange was made from both ground poultry and fish, adding rice, almond milk, white sugar.

In the Middle Ages and the Renaissance, color symbolism was of great importance. White meant purity and spirituality, while gray, on the contrary, meant wretchedness and dirt. Not without reason, in the 8th century, Emperor Charlemagne ordered the peasants to wear only gray clothes.

The diet of aristocrats and the poor was also divided hierarchically. Rich people ate mostly “high” foods: venison, beef, poultry and game, while the poor were destined for vegetables from the “dirty” land. Dishes at festive feasts were also served in a special way, according to the cooking technique: first boiled, then baked, and then fried. So blancmange was eaten warm around the middle of the meal. In addition, it was believed that the white color stimulates the appetite, and the delicate texture of this dish improves digestion.

A big fan of blancmange made from rice and chopped chicken breast with sugar (in the Renaissance, sugar was also actively used for meat dishes, as salt is now) was the French king Louis XII, who ruled in the 16th century.

According to one version, blancmange came to Europe from the Arab East. In England it was even called “Syrian white”. Since the “white dish” was popular from the Mediterranean to Scandinavia, chefs in different countries began to change expensive ingredients for more affordable ones. In Italy, oatmeal was sometimes used instead of rice, and goat's milk instead of almond milk. In Germany and Scandinavia, rice was replaced with breadcrumbs. In the 14th century alone, about 40 ways of preparing blancmange were known.

The Gourmet Almanac: The Birth of Culinary Criticism 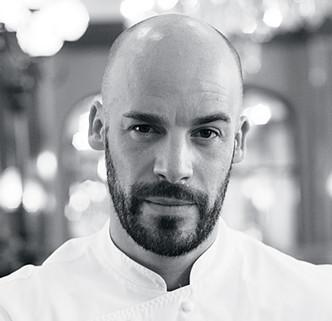 A native of Paris, chef of the Sixty restaurant (in 2019.  — Approx. Vokrugsveta.ru) tells how to determine if a good blancmange was served to you

How often do the French eat blancmange?

It's pretty rare now. For the French, this is an almost historical dessert served in aristocratic homes and establishments. Today in France, it can only be found in expensive gourmet restaurants.

And how do you understand that this dessert is “correct”?

It is very important for a chef use the gelatin carefully so that the blancmange does not become very dense, like rubber. The dish should have a light, airy texture.

Where in Paris can you try this?

For example, at Le Grand Restaurant/Jean François Piège . This restaurant has two Michelin stars, so going here will cost a lot, but it's worth it. Chef Jean-Francois Piegé has modified the traditional blancmange recipe to his own taste and named the dish Blanc à manger. I will not reveal all the secrets, but, for example, the chef even changed the serving temperature of blancmange: it is brought to the guest warm, not chilled, as is now customary.

The fate of this dish was decisively changed by the French chef Antonin Karem at the beginning of the 19th century. He removed meat from the recipe and turned blancmange into a delicate dessert, adding rum or citrus juice for flavor. By that time, the custom, which appeared a couple of centuries ago, of serving sweets at the end of a meal, had finally settled down.

This is exactly how they eat a similar dish at a festive dinner at the Larins in Pushkin's “Eugene Onegin”: “Yes, in a tarred bottle, between roast and blanc-mange, Tsimlyansk is already being carried.

If you decide to arrange a real holiday for yourself, then cook for a sweet blancmange. However, do not drink this dessert with tea or coffee. Just enjoy the food! Put a piece of blancmange in your mouth, close your eyes and feel like a guest at an aristocratic dinner.

For how many servings: 2
Cooking time: 15 minutes and 4 hours in the refrigerator
Calories: per serving 422 kcal
Vanilla– 1 pod
Salt– 1g
Gelatin– 2g

For the mango-passion fruit sauce:

Pour the cream into a saucepan, put the vanilla pod, cut in half. Add sugar and stir. Put on fire, heat to 50 ° C, stirring with a whisk so that the sugar dissolves faster.

Soak the gelatin plate in cold water for 5 minutes. Add gelatin to saucepan with cream and mix well. Remove from heat and pour into bowls or ceramic bowls. Cool the blancmange and refrigerate for 4 hours.

For the sauce, mix the mango and passionfruit puree in a saucepan. Cut a fresh passion fruit in half. Remove pulp and add to puree. Put the saucepan on the fire, bring the sauce to a boil and boil for a couple of minutes. Remove from fire. Refrigerate for two hours.

Remove the blancmange from the refrigerator and pour over the mango-passion fruit sauce. If desired, decorate the dessert with fresh berries, pomegranate seeds, coconut flakes and mint leaves.

Material published in the magazine “Around the World” No. 1, January 2019, partially updated in September 2022