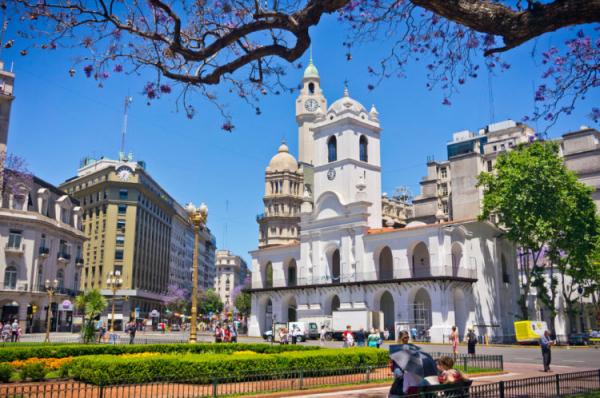 The delightful country of Argentina, with Buenos Aires as its capital, is one of the most visited in South America. Its popularity is easily explained: this amazing place is ready to offer tourists anything. There are snow-white beaches, mountain peaks, waterfalls, endless steppes, ski resorts. Everyone can choose an activity to their taste. Here, nature miraculously coexists with modern megacities. The sights of Argentina are unique and unforgettable. If you still can't decide where to spend your vacation, then this place will be the best option.

Sights of Argentina: what to see in Argentina in the first place

It is definitely worth starting your trip in Argentina from the capital of Buenos Aires, namely from Plaza de Mayo. For many centuries it has been the center of the political and cultural life of the capital. Here in 1810 the independence of Argentina was proclaimed. All demonstrations, strikes, rallies take place on this square. In the heart of the capital are the main attractions – the Pink Palace, the Cabildo Museum, the municipality and others. 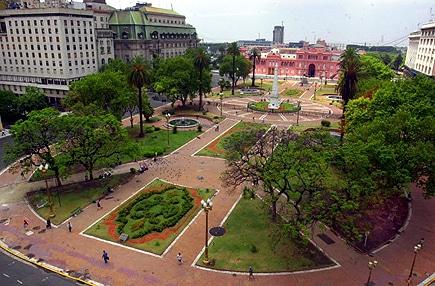 In the capital there is a huge park Tres de Febrero. There are many interesting places to visit here. You can go to admire the Japanese garden, and for space lovers there is a planetarium. The park was built in 1875. The park was fully equipped at the beginning of the twentieth century. Boating is possible in Tres de Febrero Park, as there are three artificial reservoirs.

Having made a trip to the capital of Argentina, you can go further. The real pearl of the country are the Iguazu Falls. This is a real miracle of nature, consisting of a whole complex of waterfalls, the number of which reaches 275. They are located in the form of a crescent. One of the seven wonders of the world appeared as a result of a volcanic eruption. Interestingly, in translation, the name of the waterfall means “big water”. The treasure was discovered in 1541 by the Spaniard Cabeza de Vaca while traveling through the South American jungle. There are many legends associated with this place. One of them says that once God fell in love with an aboriginal beauty named Naipu, but these feelings were not mutual. Naipu loved another man, with whom she decided to sail away in a canoe. God got angry and cut the river, creating a waterfall so that the lovers would die. 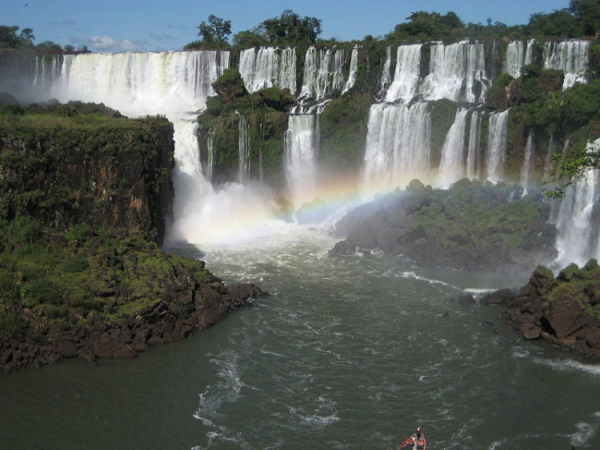 The height of almost all waterfalls is sixty meters. “Devil's Throat” is the widest waterfall – one hundred and fifty meters. Everyone should definitely see the sights of Argentina.

Feel the atmosphere of Argentina in this beautiful video!

Perito Moreno Glacier, which can be seen in Los Glaciares Park, is perhaps one of the most stunning places on our planet. You can see the glacier with your own eyes from a special observation deck. Thirty kilometers wide and projecting sixty meters above the water, this miracle looks majestic and powerful. It may seem that he is frozen in place, but he is not. The speed of its movement is two meters per day. Real unforgettable emotions can be obtained if you find yourself inside an iceberg. And it's possible! Special boats take tourists to the ice cave.

Once in Argentina, it is impossible not to visit the amazing Nahuel Huapi National Park. This attraction is located in the very south of the country. The park got its name because of Lake Nahuel Huapi. The main territory of the park is seven hundred and eighty-five hectares. The main goal is the conservation of rare plants and animals. There are many representatives of the animal world, as well as powerful and majestic forests. Individual trees are about five hundred years old. One of the places that deserve attention in the park is the extinct volcano Tronador. Its height is about 3478 meters above sea level. You can see the sights of Argentina with photos and descriptions on the Internet.

Lake Nahuel Huapi is not only famous for its beauty and grandeur, but many mysterious stories are associated with it. It is believed that a monster lives at the very bottom of the lake, which sometimes appears from under the water. Crowds of tourists travel to Argentina to see the mysterious beast. Scientists have repeatedly come to discover the monster, but all to no avail. Locals offer tourists all kinds of souvenirs in the form of a mysterious beast. Trips around the park by car are offered, the length of the path is two hundred and eighty kilometers. 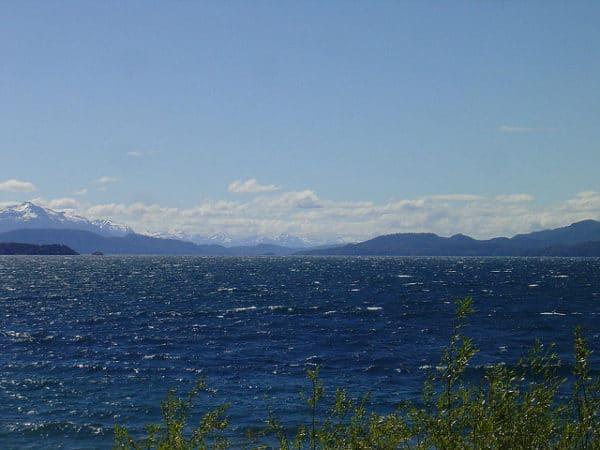 Near Purmamarca there is another attraction – the ruins of an ancient fortress built in the twelfth century, with the name Pucara de Tilcara. The stone building had no windows, and about two thousand people could live there. This city was surrounded by walls that protected people from enemies. The inhabitants independently defended their fortress from the attacks of the enemy. Once they could not hold out against the Incas who came to the territory at the end of the fifteenth century. The fortress of Pucara de Tilcara was turned into a well-fortified city, where some of the mined metals were stored before they were sent to the capital. The Incas ruled the city for a very short time – only fifty years. After the arrival of the Spaniards, they had to leave these places and the fortress was abandoned.

Once an Argentine professor, together with his student, carefully explored the fortress, numerous archaeological expeditions were carried out, as a result of which many important artifacts were discovered. In 1966, the fortress was declared an open-air museum, where all the finds are presented. 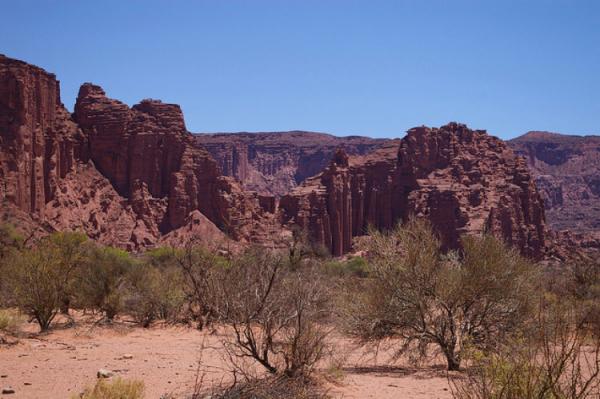 In the province of La Rioja, we offer tourists to visit the unique Talampaya Park. It became national only in 1997, and in 2000 it was included in the World Heritage List. Due to the large number of rivers, many species of animals live here. Archaeological excavations are constantly conducted in the park. For example, a lot of evidence was found that dinosaurs lived here for a very long time. The nature of the park is unique. Here you can find unique sculptures made of stone and sand. The famous composition is “The Lost City”. The remains of a turtle that lived on the planet about two hundred and ten million years ago were found in the park.

Some other sights of Buenos Aires in Argentina are worth noting

In the center of the capital is the Obelisk, whose height is sixty-seven meters. In this place, the flag of Argentina was raised for the very first time. Interestingly, the structure was installed in four weeks. Today, many holidays and festivals take place near it;

“Obelisk” in the center of Buenos Aires in Argentina alphis tay

The La Boca area is the most active area of ​​Argentina, as life is constantly in full swing here. This is a district of creative people – musicians, dancers, artists. Colorful houses and constant dances capture and amaze, here people enjoy every second of their lives; 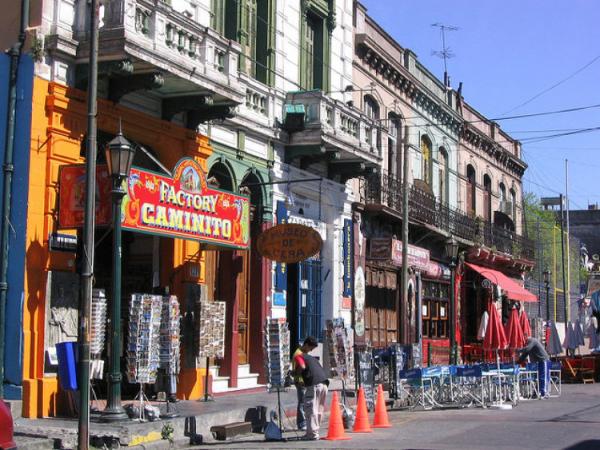 The Museum of Latin American Art was only opened in 2001. The purpose of creating this place is to collect various items related to Latin American art from the beginning of the twentieth century to the present day. It hosts many exhibitions, meetings with artists and writers, film screenings. The exposition is regularly replenished, which is the reason for such active attendance of this place.

Argentina is a fantastic country, so versatile, vibrant and unique. Here every tourist will find where to go and what to see. The incredible nature is especially breathtaking. In this corner of the world, flora and fauna are diverse and truly beautiful. The whole family can enjoy relaxing here at any time of the year. Argentina is always ready to welcome and delight tourists.

Read also about the best sights in Brazil and be inspired for your next trip to the countries of America!