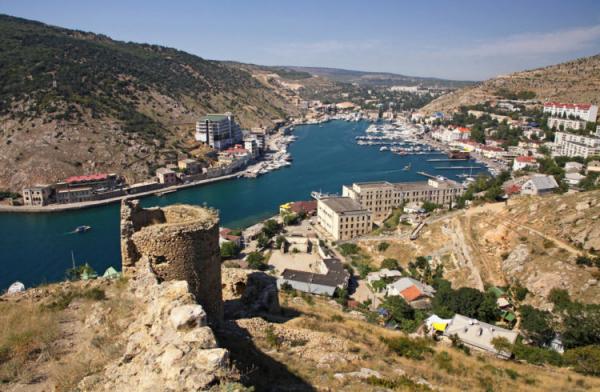 To begin with, let's conduct a blitz survey: name a few respectable, in your opinion, Crimean resorts. Yalta? Koktebel? Evpatoria?

Balaklava does not often appear in the ratings of the best places to stay, and therefore is little known to most vacationers.

It is a mistake to assume that the charming bay in the south of Sevastopol is stingy with sights. Many connoisseurs of this resort claim that due to the absence of a massive influx of tourists, the town has not lost its special atmosphere, in which it is extremely pleasant to retire and forget about the hustle and bustle of everyday affairs. The bay of the same name is literally dotted with yachts and boats of various types, which gives the city a special simplicity. 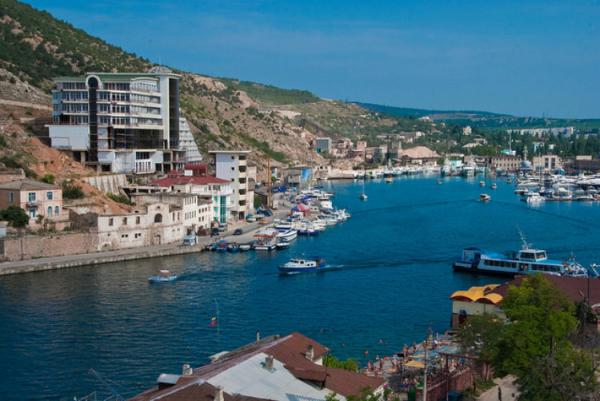 The picturesque bay of Balaklava in Crimea Sergey Galyonkin

It is also interesting that in 2014 Balaklava turned 2510 years old. During this colossal period of time, the indigenous inhabitants of the city not only did not harm the beautiful surrounding nature, but also increased the number of attractions that fascinate tourists to this day.

Photos of the sights of Balaklava in Crimea, and these are colorful landscapes of the Black Sea and mountain color, convince thousands of tourists to give preference to a pretty bay and feel all the advantages of such a choice.

In case you are cold to sea romance, Balaclava, like any resort, is dotted on the map with sights and places that stay in memory for a long time, namely:

many ideal places for outdoor activities and sea views sports; luxurious restaurants with authentic local cuisine; a winery with the possibility of a tour of it for admirers of noble drinks; impressive temples and Orthodox churches with a long history; comfortable boarding houses and mud baths for those who want to improve their health; the opportunity to visit the world heritage – Tauric Chersonese. 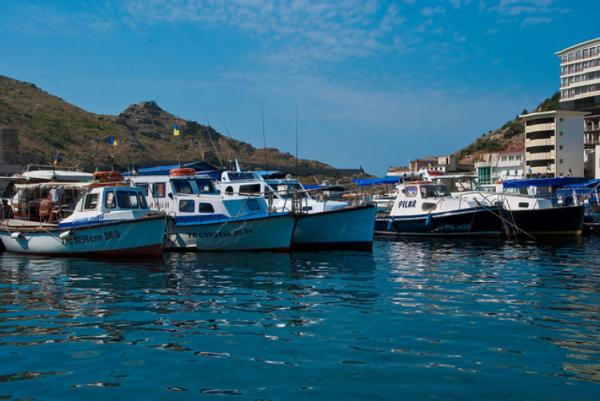 A colorful palette of unique offers for recreation will not only give a lot of positive emotions, but also, perhaps, leave an indelible impression of this place as one of the best resorts in Crimea.< /p>

Adam Mickiewicz, a world-famous Polish poet, once compared the local beauties with the views of Italy and was amazed: “The sky is just as clear, and the greenery is more beautiful …”. Agree, the words of the classic cannot be refuted.

The sights of Balaklava in Crimea on the map: the irresistibility of mountain landscapes

The attractive area is located 15 km south of the center of Sevastopol, and until 1957 was known as an independent city. The miniature settlement is located in a picturesque bay surrounded by low, but no less spectacular mountains. Nearby is Cape Fiolent, behind it is the ridge of the Crimean Mountains, on which rise the breathtaking ruins of the Genoese fortress Chembalo, the most famous monument of medieval Crimea. Together, this location creates a climate that suits most vacationers. The long-awaited summer holiday season usually passes without significant rainfall, and the velvet season can be enjoyed until mid-October. 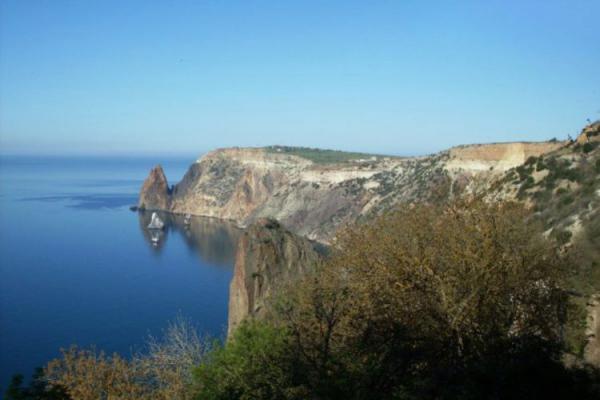 Leisure for the soul: a map of the spiritual sights of Balaklava

Balaklava St. George Monastery is considered one of the oldest pilgrimage sites in Crimea. The history of its creation is extremely interesting: it was founded by the Greeks, presumably in 891. The unfortunate men during the voyage fell into a merciless storm, and, seeing their imminent death, they prayed to the Great Martyr George. He had mercy, appeared in stone and immediately tamed the elements. Soon the saved Greeks founded the cave church, and believing locals eventually began to live there permanently. Now the stone under the monastery is respectfully called the Rock of the Holy Apparition. Of course, visiting such a symbolic place will bring peace and harmony. 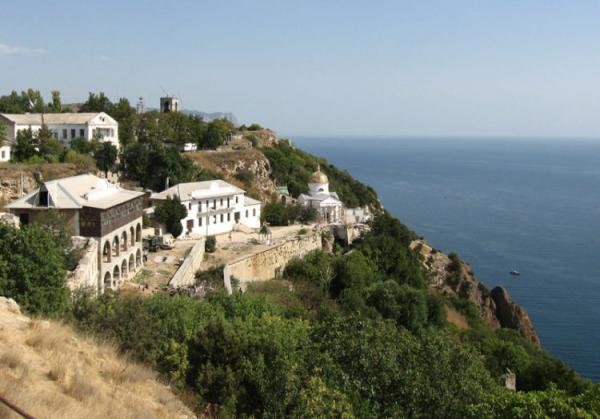 The next stop on your route may be Tauric Chersonesus. The delightful remains of the ancient Greek polis, which belong to the UNESCO heritage and are under its protection, require no special introduction. It is worth noting the magnificent view of the sea coast that opens from this place. Historians claim that it was in Chersonese that the baptism of Prince Vladimir of Russia took place. St. Volodymyr's Cathedral is considered to be no less significant place.

All these historical sights of Balaklava in Crimea are close enough, and it will not be difficult to find them on the map. Don't forget to look into one of them to understand how charming these shrines are.

Feel the atmosphere of Balaclava in this beautiful video!

Underground attraction in Balaklava – for those who like to “tickle” nerves

A photo of an underground submarine base excites the imagination of many adventure lovers, and its description, catching a chill, arouses the desire to definitely visit the attraction in Balaklava in Crimea. The amazing engineering and technical art in 1961 made it possible to create a unique facility that combined not only a repair base. It was supposed to use this building, the length of which is 600 meters, even as an atomic shelter. The complex was considered one of the most secret, so many local residents were unaware of the grandiose construction. A naval facility with history is worth a visit for everyone who is in search of new sensations and a mysterious atmosphere.

Admirers of the drink of Dionysus will be pleased with two tourist stops at once – the tasting complex of the Zolotaya Balka plant, as well as the Inkerman winery. The specificity of the first one speaks for itself, but in the second one, in addition to sampling, tourists are given the opportunity to observe the technology of producing the best wines. And in a pleasant company of friends, against the backdrop of the majestic landscapes of the Crimea, tasting a glass of your favorite variety is always a good idea. Balaklava knows how to intoxicate not only with peals of waves!

The territory of the Inkerman vintage wine factory in Balaklava 17Rising17

The Château Mon Désir restaurant, beloved by many tourists and rightfully one of the best establishments in the city, will delight you with exquisite European cuisine that can satisfy the most demanding gourmet. The picturesque surroundings and impeccable service will be the highlight of your evening.

A spectacular walk will be complemented by a visit to the Nazukin embankment. It offers a view of the aristocratic openwork mansions, the sea coast, as well as many establishments that are advantageously located along the main embankment. 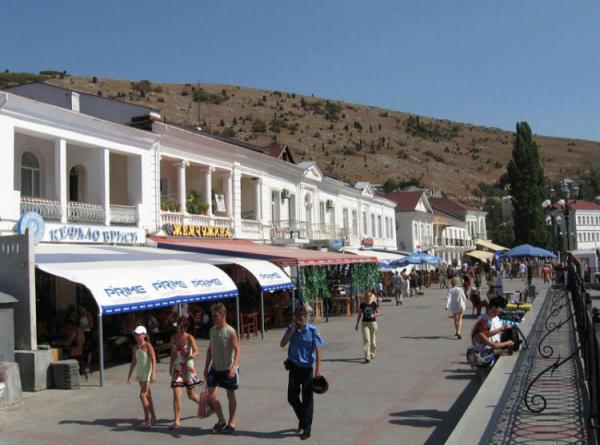 Many guests of the city appreciate the special feeling of boat trips on water transport. They are great for relaxation and easy communication. This is exactly what many people miss during everyday troubles.

Preferring sightseeing and all kinds of entertainment in the cozy Balaklava in Crimea to noisy resorts, you will provide yourself with unforgettable sensations, comfort and tranquility.

Balaklava is the best solution for tourists of any age, status and marital status. This pretty area of ​​Sevastopol is able to make your vacation delightful, rich.

Lovers of classic relaxation on the beach under the Crimean sun will like Silver and Admiral beaches, which are quite comfortable. It is here that you can enjoy the irresistibility of the Black Sea and allow yourself to forget about all the problems. 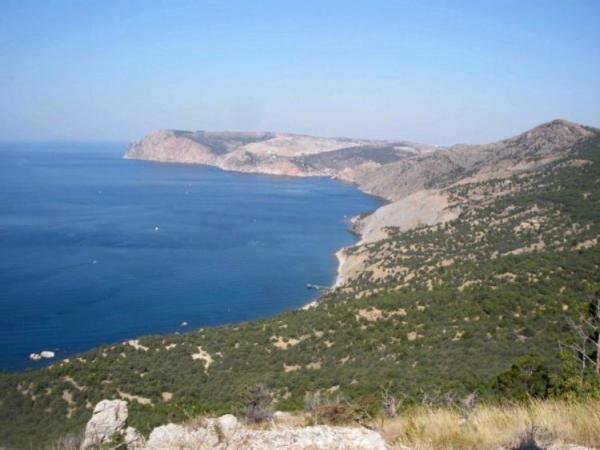 Active people will be offered sea and extreme sports, namely jumping from Cape Aya or diving, which cannot leave anyone indifferent. 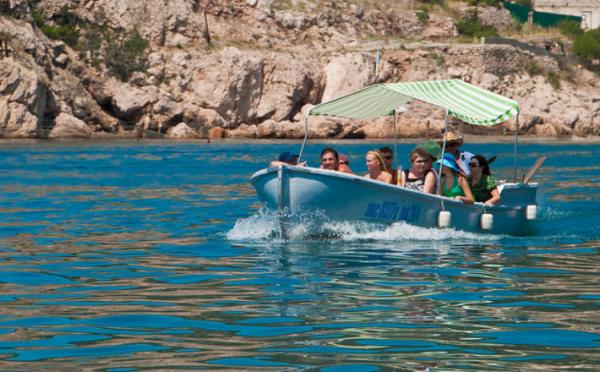 Balaklava resort is, first of all, a variety of tastes and opportunities. Using the photo and description of the main attractions, it is important to correctly draw up a route that will be of interest to you. It is usually impossible to cover everything that this wonderful place offers in one day. Therefore, feel free to leave the whole weekend for Balaklava – you will be delighted! Read also about the sights of Yevpatoria and be inspired for a further journey through the Crimea.