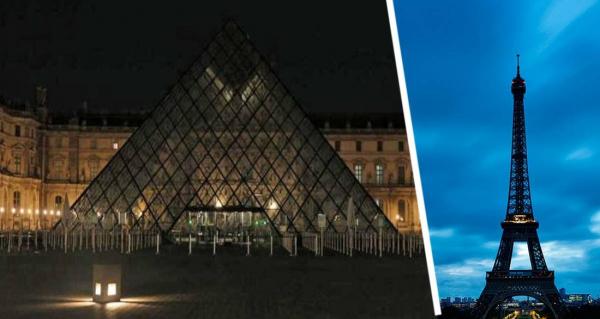 The “symbolic energy-saving steps” that the European authorities intend to take will change the face of the famous sights of the world. We are talking about turning off the lights and reducing the illumination of some tourist and historical buildings in Europe earlier than usual.

In particular, the famous glass pyramid of the Louvre in Paris, as part of “symbolic energy-saving steps”, turned off the lights two hours earlier than usual . Usually it was turned off at one in the morning local time, now it goes out at 23:00. The changes will also affect the illumination of the Eiffel Tower: from September 23, early in the morning, the illumination will start to work at a minimum – this is the decision of the municipality of Paris.

The lighting will also be reduced near the Palace of Versailles. The lighting on the facade will also turn off an hour earlier from next week. Rima Abdoul Malak, French Minister of Culture, said these are “symbolic steps”, but they are “important for raising the energy awareness of citizens”. These steps are meant to “get them to take action.”

For those who care about a healthy lifestyle, we recommend reading: “Cold woman: scientists have solved the mystery why women are always cold, unlike men.”