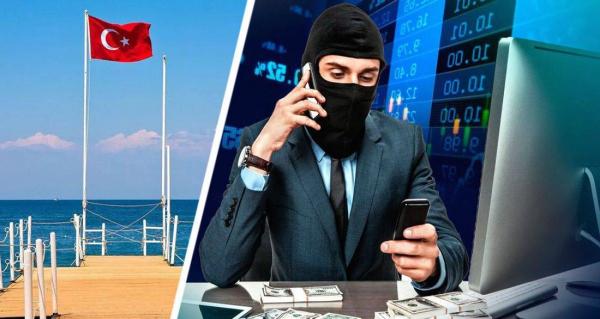 The Russian professional traveler reported on the mass manifestations of fraud by the so-called “helpers”, which became more active against the backdrop of the emigration boom in Turkey, and warned her compatriots against meeting with them. According to the tourist, Russians are “bred” in three situations: when renting apartments, obtaining a residence permit/insurance, currency exchange.

The question of housing is one of the main ones for those arriving in the resort country, especially now, when the number of “long-term” tourists who have moved to the sea is off scale. There are also three reasons for rent fraud:

The scheme of scammers is as follows : tourists find an apartment for rent using ads in social networks and contact Russian-speaking hosts; they transfer part of the amount to the prepayment account, and then find out that there is no such apartment.

“There are also popular cases when the owner (either a Russian or a Turk) agrees in advance to rent an apartment for 6-12 months at a price of 500 euros (32,000 rubles) per month. The tenants agree, and a couple of days before moving in, he writes to them that he has changed his mind about giving it away so cheaply and wants already 800 (50 thousand rubles) or 1,000 euros (about 63 thousand rubles) per month. Yes, you can’t call such cunning scammers, but still they act very ugly, ”the blogger shared.

How to “not get” on money with rent? According to the Russian woman, you should always keep a backup plan in mind and not transfer an advance payment. The alternative is to go to a trusted agency and be prepared to pay a 100 percent commission to the agent.

“And one more unpleasant moment. Many owners of apartments in Turkey are now demanding payment from tenants for six months in advance and a deposit. Otherwise, they refuse to assist in obtaining a residence permit and conclude an official contract. Be sure to say these points in advance,” the girl advised.

The Russian woman noted that it is in this area that the most scammers operate. As a rule, they are “helpers” who are ready to assist and offer “turnkey residence permit” services. Note that it has become more difficult to obtain a legal residence permit in Turkey in 2022, but it is still possible.

Fake assistants “pump out” money and intimidate visitors with the complexity of paperwork. “These guys are running entire campaigns on social media. They write posts and comments that in order to obtain a residence permit, now you need to get dozens of complex certificates, open an account in a Turkish bank (and a foreigner cannot do this without outside help), go around all the offices and … still not get the approval of the migration service. They also claim that a residence permit in Turkey is now very expensive. But they, of course, know how to reduce costs, collect documents correctly and get the coveted residence permit,” the traveler said and added that in reality, the “assistant” in Turkey will not be able to influence the approval of the request for a residence permit, the word remains with the migration service.
True, there is still a benefit from the “helper”: he will tell you what documents you need to collect, where and what is located, as well as how to correctly fill out the questionnaire and pay the tax. However, all information is available on the official website of the migration service.

“If the “helper” offers to “buy an address” and live in any other place (even in a “closed area”, even in another city – wherever you want), you may have problems. If the fraud is revealed, you can be deported: law enforcement agencies regularly conduct inspections and identify unscrupulous migrants,” the author warned and said that for their services, intermediaries ask for 10,000 lira (almost 33 thousand rubles) for a “turnkey residence permit” “provided that you have found a real apartment in an “open” area and are going to live in it”, and 3-4 times more if we are talking about a “fake” residence permit.

The Russian woman said that in this area, scammers act especially harshly and cunningly. Insurance is required in the package of documents for obtaining a residence permit. In addition, the policy must be obtained for at least 1 year in Turkey. There are three schemes of deception:

To avoid such problems and not be left without money in another country, the tourist recommended to sit down and figure out how to issue a medical policy on your own. There are two convenient options here:

Another area of ​​activity of scammers is currency exchange. They were “spurred” to this by problems with Russian bank cards in Turkey. Swindlers publish offers to cash out money in a cunning way through “changers”. A tourist transfers money to an outsider, he converts it into cryptocurrency, and then cashes it in the territory of the republic. At a personal meeting, the tourist receives cash lira from the hands of the “changers”. For this operation, the intermediary keeps a certain percentage. Despite the fact that the scheme can indeed be used by tourists, scammers also use it. After receiving money from a migrant, swindlers simply disappear.

As the Russian woman noted, it is better not to take risks and generally exclude this method from your arsenal. Instead, act officially: open a Union Pay card in Russia, arrive with cash/send money through the Golden Crown payment system.

Earlier, Turprom wrote that “A Russian in Turkey decided to get a tourist residence permit and in detail described what is now needed for this.

For those who value a healthy lifestyle, we recommend reading: “Doctor of Medical Sciences Revealed the Extraordinary Benefits of Bone Broth.”