A product not widely known today was of great value a few centuries ago. For example, in the 16th century in France, it cost five times more than saffron

This perennial herb of the buckwheat family (namely, this is the botanical classification of rhubarb) has many advantages. A significant amount of malic acid in the petioles gives them the taste and aroma of apples. In addition, rhubarb contains vitamins C, B, carotene, organic acids, trace elements, starch, resinous and tannins, pectins, flavonoids. All in all, if not a unique plant, then it is extremely useful and widely used for various purposes. 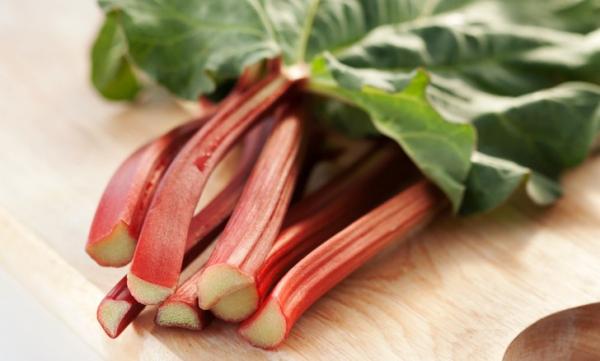 There is one historical misconception about rhubarb. Most publications about him note that he first appeared in Russia at the end of the 19th century, when the famous traveler N.M. Przhevalsky brought its seeds from Asia in 1871-1873. This episode, of course, took place, and the seeds of the Tangut rhubarb were indeed delivered to the St. Petersburg Botanical Garden. 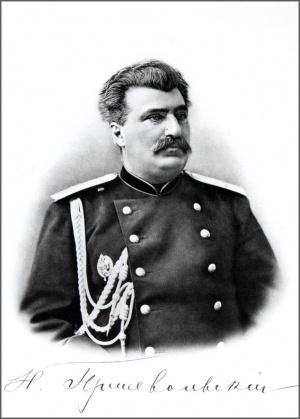 But let's reveal a “terrible” secret: rhubarb itself has existed in Russia for a long time … “The Don River flows around the most fat and fruitful lands, which are on its banks and the Volga rivers grow in abundance of rhubarb and calamus,” noted the Dutch theologian Albert Kampensky, who visited Russia in 1524.

It is clear that at the beginning of the 16th century no one was engaged in the cultivation of rhubarb, and it grew by itself in the wild. That did not prevent the local population from time to time to use it in cooking.

The ancient Greek name for rhubarb – ρηον (pronounced in Russian as “rau”) – we also see Pedanius Dioscorides (physician and pharmacologist, who lived in the 1st century AD). Probably, the Latin name of the plant came from here – Rheum. So rhubarb existed in Europe long before the opening of the route to India. Oriental rhubarb from Asia really began to arrive in Europe around the 11th-12th centuries.

At first, it was brought by Arab merchants through Persia. The first European to leave memories of growing rhubarb in Asia was Marco Polo (1250–1323); he lived in China for 13 years and visited the Tangut kingdom (Xinjiang), where the root of this plant was harvested in large volumes.

Later, Turkey became the main market for rhubarb. And after the opening of the sea route to India, the Dutch and Portuguese took up its supplies.

The fate of rhubarb was determined not so much by its gastronomic properties, but by its medicinal properties, which are nevertheless closely related to nutrition.  The fact is that one of the oldest medicines was prepared from the rhubarb root, which helps with diseases of the gastrointestinal tract, – increases appetite, choleretic, laxative, tonic.

What happens if you eat zucchini every day? 6 facts about the benefits and harms of “bush pumpkin” 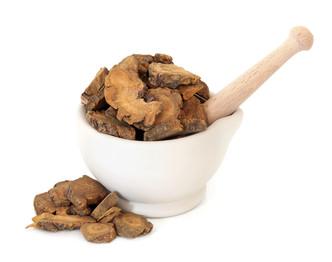 This property of the root was known in ancient China (2700 BC), it was also used in Persia, from where in times antiquity came to Greece and Rome. Thanks to Marco Polo, its use resumed in medieval Europe, where it was delivered from China – either by the Silk Road through Central Asia, or through an Indian port.

Everything changed in the 17th century, when Russia began to actively “grow” with Siberia, expanding trade relations to East Turkestan and China. Today it is easier for Turkmenistan to sell its gas to Russia than to build a pipeline to Europe. Also then, the Bukhara merchants quickly got their bearings and redirected their caravans to the north – to the Siberian settlements, where rhubarb was exchanged for furs. And soon the Russians began to trade directly with Chinese merchants. After all, the best rhubarb traditionally grew in the provinces of Gansu, Sichuan and Yunan …

Grazing: 3 wild plants that can help out in a crisis

One of the first mentions of him in the context of Russian trade we find in the memoirs of Grigory Kotoshikhin written in the 1660s “On Russia in the reign of Alexei Mikhailovich”. Lying in Stockholm in the form of a manuscript until the beginning of the 19th century, this work described the order in Russia in the middle of the 17th century. “The city of Arkhangelsk has a trade in bread, hemp, potash, silk, raw, rhubarb,” he writes. Russia was given an exclusive tsarist monopoly on its sale. … The purchase of rhubarb from foreign traders was originally carried out in the Siberian cities of Tobolsk, Krasny Yar, Kuznetsk. Special expeditions were organized even to the Chinese Turufan. …The rhubarb trade has become quite profitable. 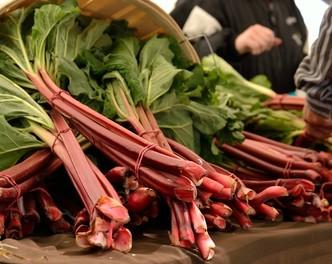 In Moscow, English merchants bought rhubarb in bulk. But Venetian merchants remained more profitable buyers for almost a century and a half. They paid for the healing root with Venetian mirrors, magnificent velvet, crystal, expensive ceremonial weapons. Many mirrors in the famous palaces of St.In 1736, it was ordered to deliver to St. Petersburg annually 800 pounds, later up to a thousand. And already in 1742 more than 5 thousand pounds were brought to the capital. This business at that time was extremely profitable for the state. The price of rhubarb in the European part of the country was 5-6 times higher than the purchase price in Siberia…

Rhubarb, called Siberian, grew in Russia in the south of the Urals, in Altai and in the Sayans. “But this home-made rhubarb does not have medicinal powers as much as the rhubarb obtained through the Kyakhtinsky trade from China and Bukhara.”

At the end of the reign of Catherine II, the authorities made attempts to breed hoofed rhubarb near Ust-Kamenogorsk, Biysk, Kuznetsk and Abakan. Given its frost resistance, it was expected that it would grow well in the Siberian climate. In practice, the resulting plants could not be compared with Chinese ones. Therefore, the experiments soon stopped by themselves. 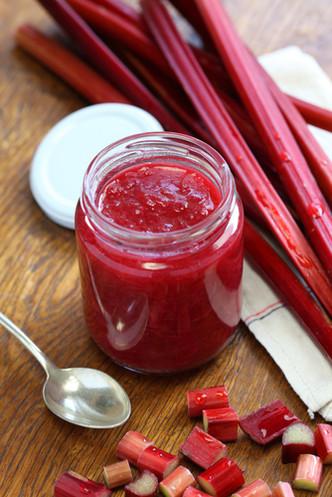 A little more than half a century later – after two “opium wars” of the British (and later the French) against the Qing Empire – Chinese ports opened to international trade. As a result, by 1860 Russia lost its monopoly on this crop and practically stopped its export. And with the advent of new effective drugs, rhubarb lost its popularity in medicine and again began to be used mainly in salads and jams.

It remains to be seen whether rhubarb can be considered as a product of Russian cuisine, an element of the national dish? We would go in search of an answer from the contrary: are there kitchens that can lay any significant rights on it? Hardly. It's just that this plant has entered European gastronomy so widely that it is very difficult to determine its “nationality”.

You can talk about certain dishes with rhubarb as part of national cuisines. But again, these are not jams, salads or gravies for meat – these recipes can be found in any country, and not to say that they are very different from each other. True, there are specific national culinary “compositions” with rhubarb.

In English cuisine, it is rhubarb pie. In Germany, rhubarb slices with vanilla cream. Well, Russian cuisine obviously cannot be denied the originality of the recipe for rhubarb borscht (schey), kissel, rhubarb with honey and marshmallows from it. 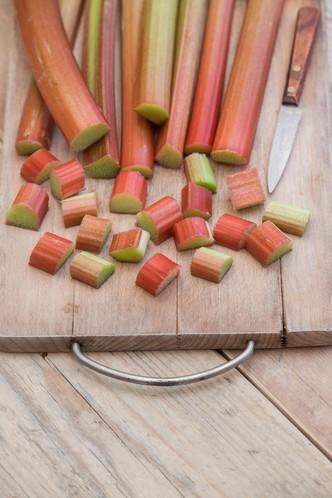 Cut the rhubarb into 1 cm thick pieces and sprinkle with sugar. Leave for 10 minutes.

Heat the pan and fry the rhubarb for 3 minutes. Cool.

Roast the nuts in a dry frying pan. Be careful not to burn, with nuts this happens very quickly. Cut into small pieces.

Put rhubarb, cheese, nuts and raisins on lettuce leaves. Pour over the sauce.