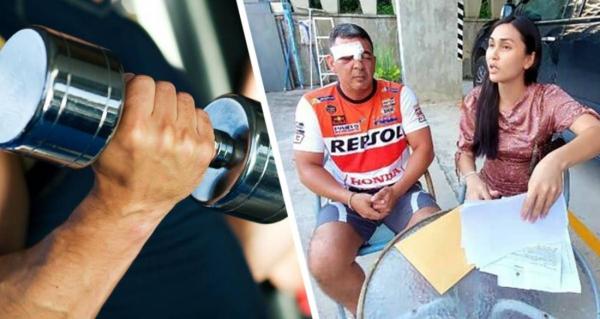 Police in the resort town of Pattaya are looking for a foreign tourist in connection with an attack on a traveler at a local gym. According to Thai media reports, the man was hit on the head with dumbbells. The police are looking for the attacker, his identity is being established.

A 46-year-old British traveler was working out in the gym when a tourist approached him and started arguing over exercise equipment. It was clarified that some of them were faulty, and the attacker told the visitor that he was the first in line for working equipment. However, his interlocutor did not give in. Surveillance footage from the gym showed that the man took a small dumbbell to attack a tourist who was preparing to bench press on a bench.

According to a police report, the Briton suffered injuries in the eye area, doctors put 60 stitches on the wound. The attacker fled the scene immediately after the attack.

The victim filed a complaint with the resort Pattaya police, and the officers put the suspect on the wanted list. Through local media, the police also called on the attacker to surrender voluntarily in order to “tell his side of the story.”

For those who care about a healthy lifestyle, we recommend reading: “The Russians were told how coffee really helps to lose weight.”