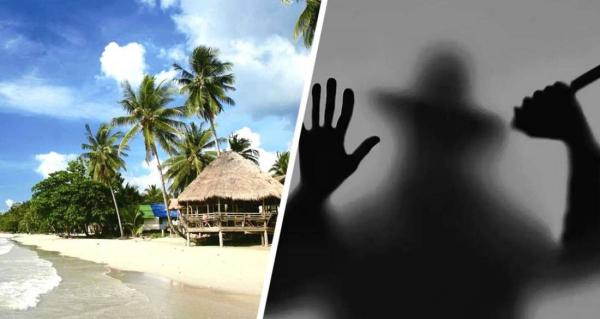 A foreign tourist told a terrible story that happened to him in Thailand in 2017. He admitted to contemplating suicide after being kidnapped, drugged and raped for days on the popular Thai island of Phuket five years ago.

A 27-year-old tourist from Denmark, while filming a documentary for Danish TV, told The Thaiger his candid story of how a Thai stranger drugged and repeatedly sexually assaulted a vacationer at a resort during a holiday on a picturesque island in 2017.< /p>

According to the victim, sleeping pills were slipped into his drink during a night walk. He remembers waking up on the sidewalk the next morning, then the Thai man helped him to his feet, and then drove the tourist to the house, where he was raped and abused for several days. Every time the Dane came to his senses, he was again given a sedative and the sexual abuse continued.

After a while, the man managed to escape from his nightmarish prison, but the fear still remained with him. Now the Dane is tormented by nightmares, he cannot sleep normally and get rid of memories. In addition, he admitted that after this terrible incident, he became impotent and had no interest in ever having sexual relations again.

“I suffer a lot from nightmares. They've been coming up pretty often over the past few weeks. I can't sleep without taking a lot of sleeping pills. Without them, I sleep an hour and a half, because I'm afraid to be in this bath again or wake up somewhere else, ”he admitted. However, according to the publication, there is one positive moment in the story: the tourist said that he no longer had suicidal thoughts and wanted to live through fear.

For those who value a healthy lifestyle, we recommend reading: « Scientists have found that dairy products increase the risk of cancer.”

➔ Watching the news on your smartphone? Subscribe to tourism news from Turprom in Google News or Google Discover: these are fresh travel ideas, travel news and collections on sales of tours and air tickets! Or subscribe to the travel news channel at YANDEX.ZEN or at PULSE.MAIL.RU. We also recommend subscribing to our News Channel in Telegram: https://t.me/tourprom