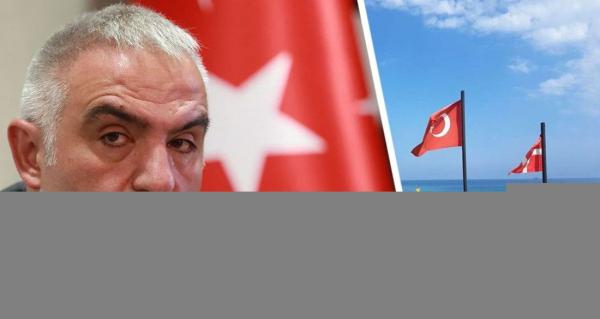 A well-known resort hotel in Kemer, Antalya province, has been fined for refusing to accommodate two men, although it is common practice in most Turkish hotels to refuse check-in for single male tourists and male companies. Leeroy was also punished by the travel agency owned by the Minister of Tourism, through which the booking was made. This was reported by the Turkish media with reference to the court decision.

This is a four-star hotel Lancora Beach. The two men decided to book a room at this hotel through the website of Etstur, a company owned by the Minister of Culture and Tourism, Mehmet Nuri Ersoy. Tourists paid online. However, soon the transfer was returned to the bank card, and the application, in which two men were listed as guests, was canceled. The hotel administration indicated the lack of availability as the reason for the refusal.

Suspecting fraud and gender discrimination, the men asked their friend to try to book a room in the same hotel for the same dates through the same website. The application was accepted. The two men did not put the brakes on the situation, but decided to appeal to the Turkish Human Rights and Equality Authority (TİHEK), accusing the travel agency and the hotel of gender inequality. In the statement, the tourists indicated that they demand moral compensation.

In its response, the hotel indicated that it did not see signs of gender discrimination in the actions, stating that at that time the administration really could not provide customers with the requested room. In turn, the representative of the Etstur travel agency did not make excuses, but told the Commissioner for Human Rights that in the contract with the hotel there is a clause according to which neither single men nor male companies can be accepted for accommodation.

We add that not accepting reservations from exclusively male companies is a common practice in a number of hotels in Turkey. Even one man may be denied a booking.

The Turkish Human Rights Authority issued a positive decision on the tourists' claim, acknowledging a violation of rights. The minister's hotel and travel agency were fined 15,000 liras (85,000 rubles). However, after that, the applicants did not calm down and noted that there would be compensation for non-pecuniary damage.

For those who care about a healthy lifestyle, we recommend reading: “The doctor named an amazing reason why people cannot lose weight.”

➔ Do you watch the news on your smartphone? Subscribe to tourism news from Turprom in Google News or Google Discover: these are fresh travel ideas, travel news and collections of sales of tours and air tickets! Or subscribe to the travel news channel at YANDEX.ZEN or at PULSE.MAIL.RU. We also recommend subscribing to our News Channel in Telegram: https://t.me/tourprom