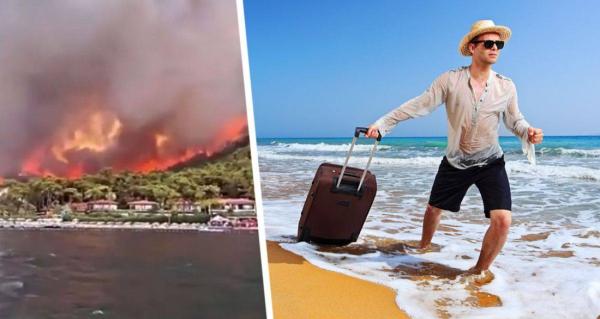 In the Turkish resort of Marmaris (Mugla province), a fire broke out in a hotel at night. There are no casualties, but there are victims who inhaled smoke. All the tourists were pretty scared and those who could, fled on their own. We are talking about the apart-hotel Siteler Mahallesi in Marmaris on the coast of the Aegean Sea.

The fire broke out in the morning for an unknown reason in the basement of the hotel, explained Turizmajansi. After the fire, the fire brigade of the Mugla Metropolitan Municipality, ambulance crews and police were sent to the area. Guests staying at the hotel on the ground floor said they were woken up in the morning by heavy smoke, took their things and quickly went downstairs.

Tourists trapped in rooms located on the upper floors were let down by firemen ladders installed by lifeguards. But the thick smoke that enveloped the hotel prevented evacuation. As a result, 15 people still suffered from smoke, they were taken to the hospital for rehabilitation. Another 4 people were hospitalized in ambulances. Luckily, their lives are not in danger. The fire at the aparthotel was extinguished. An investigation into the fact of the fire has begun.

For those who care about a healthy lifestyle, we recommend reading: “Found an exercise to lose weight with constant sedentary work.”