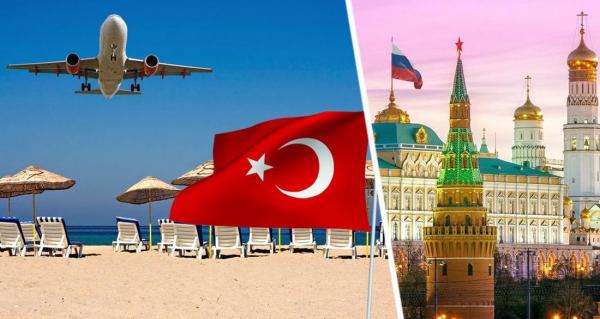 The state support program at the level of high Turkish departments of the three main Russian tour operators with Turkish roots will become their actual capture of the outbound tourist market, the rest will have to “make do with little” and there are few exceptions. This is how experts commented on the “renovation” of flight programs to Turkey. Note that Turkish sources, in particular, Turizmdatabank, presented it in this way.

The publication recalls that tour operators participating in the Turkish state support campaign – and these are ANEX Tour, Coral Travel and Pegas Touristik, purchased guaranteed blocks of seats from Turkish Airlines for the spring-summer season. From April 12, Turkish carrier flights from Moscow (Vnukovo) to Antalya are operated twice a day. From April 29, flights to Bodrum and Dalaman will also start. Turkish Airlines flights to St. Petersburg from April 11, Kazan and Yekaterinburg from April 29 are also announced, although, we note, some ambiguities have arisen about the latter.

Also, ANEX Tour announced the flight schedule on the flights of the Turkish airline, Pegasus Airlines, in addition to Turkish Airlines. Flights from Domodedovo to Antalya will be operated daily from April 12. Pegas Touristik also plans additional flights – from April 15, tourists flew from Sheremetyevo to Antalya on Pegas Fly aircraft. Blocks on these flights were also taken by Coral Travel.

“Intourist, TEZ TOUR, Fun&Sun and others build their programs on the same flights as the main partners of Turkish Airlines and buy seats in their blocks,” the Turkish edition emphasized. The only exception that launched its own program on the flights of the Russian carrier was Biblio Globus – the tour operator's flights to Antalya on Red Wings airliners will take place on April 15 and 16 and will be operated daily from the 19th. According to experts, the tour operator, which was bought by Sheremetyevo Airport, can afford to build its own flights to Turkey and Egypt – and quite successfully.

For those who care about a healthy lifestyle, we recommend reading: “The doctor told when kefir becomes dangerous.”