Fly into space, race to build skyscrapers , clone living organisms and do a lot of things that until recently seemed impossible? At the same time, we are still unable to unravel the mysteries of the builders and thinkers who lived millennia ago.

Altar, observatory, tomb, calendar? Scientists have not come to a consensus. Five thousand years ago, a ring ditch and ramparts around it with a diameter of 115 m appeared. A few centuries later, ancient builders brought here 80 four-ton stones, and a couple of centuries later – 30 megaliths weighing 25 tons. The stones were set in a circle and in the form of a horseshoe.

The appearance in which Stonehenge has survived to this day is largely the result of human activity in recent centuries. People continued to work on the stones: the peasants chipped off pieces of amulets from them, the tourists marked the territory with inscriptions, and the restorers figured out for the ancients how they had it right.

Every year, on the days of the spring and autumn equinoxes, thousands of tourists gather at the foot of the sanctuary of the supreme Mayan deity – the Feathered Serpent -. They observe the miracle of the “appearance” of Kukulkan: the Serpent moves down along the balustrade of the main staircase. The illusion is created by the play of triangular shadows cast by the nine platforms of the pyramid at the moment when the setting sun illuminates its northwestern corner for 10 minutes. If the sanctuary had been displaced even by a degree, nothing like this would have happened.

In total, about 4,000 megaliths up to four meters high are arranged in slender alleys near the city of Karnak. The rows run parallel to each other or diverge like a fan, in some places they form circles. The complex dates back to the 5th-4th millennium BC. e. There were legends in Brittany that it was the magician Merlin who turned the ranks of Roman legionnaires to stone. 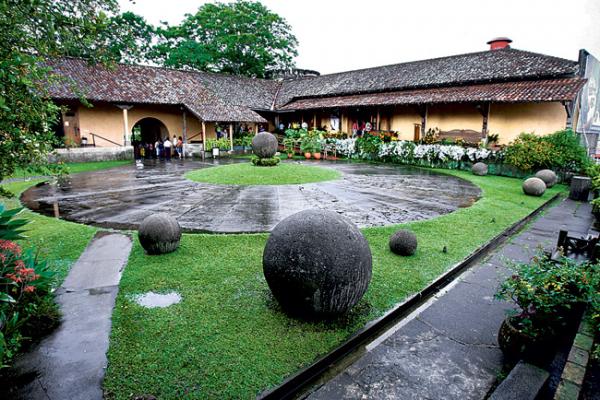 Pre-Columbian artifacts scattered off the Pacific coast of Costa Rica were discovered in the 1930s by banana plantation workers. Hoping to find gold inside, the vandals destroyed many balls. Now most of the rest are kept in museums. The diameter of some stones reaches 2.5 meters, weight – 15 tons. Their purpose is unknown.

In 1979, someone under the pseudonym R.C. Christianordered a construction company to manufacture and install a monument – a structure of six granite monoliths with a total weight of more than 100 tons. On the four side plates are engraved ten commandments to descendants in eight languages, including Russian. The last paragraph reads: “Don't be a cancer for the Earth, leave a place for nature too!” 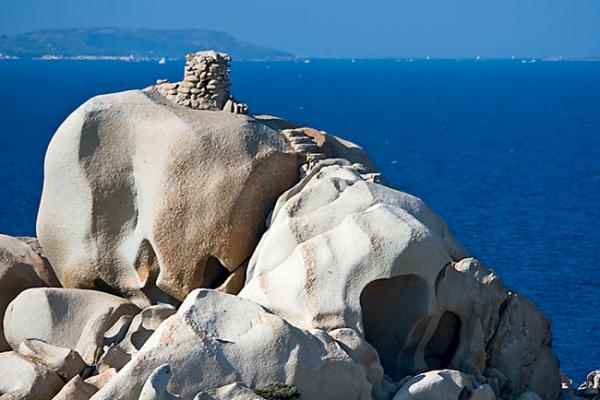 Semi-conical structures resembling huge beehives (up to 20 m high) appeared in Sardinia at the end of the 2nd millennium BC. e., before the arrival of the Romans. The towers were built without a foundation, from stone blocks superimposed on each other, not fastened with any mortar and held only by their own weight. The purpose of the nuraghe is unclear. Characteristically, archaeologists have repeatedly discovered miniature bronze models of these towers during excavations.

The archaeological park at an altitude of 3700 meters and an area of ​​3000 hectares is located north of the capital of the Inca Empire. The defensive and at the same time temple complex was built at the turn of the 15th-16th centuries. The zigzag battlements, reaching 400 meters in length and six in height, are made of 200-ton stone blocks. How the Incas installed these blocks, how they fitted them one under the other, is unknown. From above, Saxahuaman looks like the toothy head of the puma Cuzco (the city was founded in the form of a sacred animal of the Incas).

The settlement of the Bronze Age (III-II millennium BC) is located on the same latitude as Stonehenge. Coincidence? Scientists don't know. Two rows of circular walls (the diameter of the far wall is 170 m), a drainage system and a sewerage system, a well in every house are evidence of a highly developed culture. The monument was discovered by students and schoolchildren from an archaeological expedition in 1987. (The model is a reconstruction in the photo.)

The Celts called it Fairy Mound and considered it the home of one of their main gods. A round structure made of stone, earth and rubble with a diameter of 85 meters was erected more than 5000 years ago. A corridor leads inside the mound, ending with a ritual chamber. On the days of the winter solstice, this chamber is brightly illuminated for 15–20 minutes by a ray of sun that enters the window above the entrance to the tunnel.

The whimsical structure was single-handedly built in 28 years (1923-1951) by the Latvian immigrant Edward Lindskalnin in honor of lost love. How a man of modest height and build moved huge blocks in space remains a mystery. 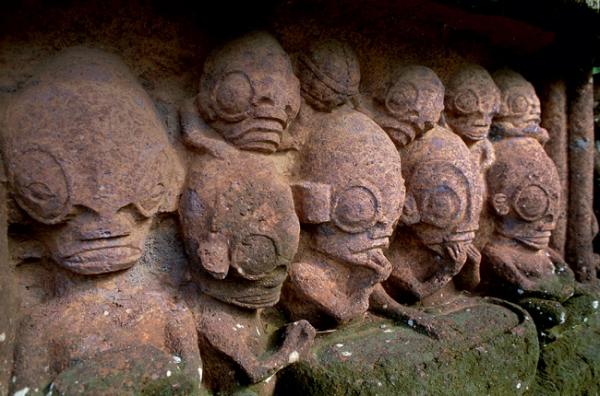 Statues in a place called Temehea-Tohua in the Marquesas Islands depict strange creatures, the appearance of which in the mass consciousness is associated with aliens. They are different: there are large large-mouthed “reptilians”, and there are others: with small bodies and disproportionately large elongated helmet-heads with huge eyes. They have one thing in common – an evil expression on their faces. Whether they were aliens from other worlds or just masked priests is unknown. The statues date from around the beginning of the 2nd millennium. 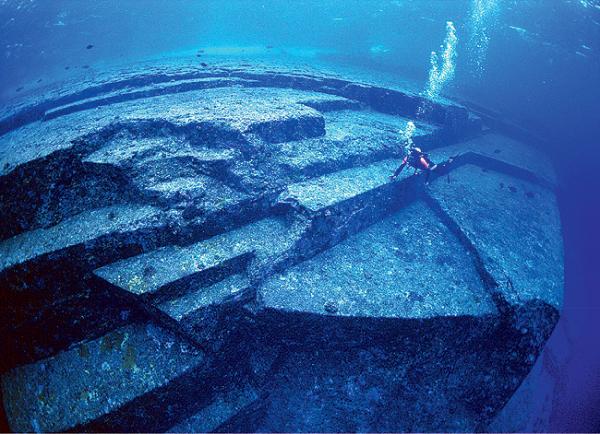 Monuments of huge stone platforms and pillars located under water at a depth of 5 to 40 meters were discovered in 1986. The main of these structures has the form of a pyramid. Not far from it is a large platform with steps, similar to a stadium with spectator stands. One of the objects resembles a huge head, like the moai statues on Easter Island.

There is a debate in the scientific community: many believe that the formations lying on the bottom of the ocean are of exclusively natural origin. But loners like Masaaki Kimura, a professor at Ryukyu University who dived to the ruins on numerous occasions, insist that a human was involved. 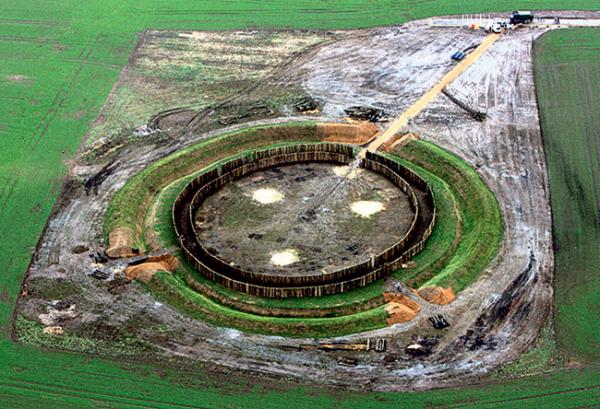 A ring system of concentric ditches and wooden fences was created between 5000 and 4800 BC. e. Now the complex is reconstructed. Presumably, it was used as a solar calendar.

One of the largest and oldest stone structures in South Africa was built from the 11th century, and in the XV, for some unknown reason, it was abandoned. All structures (up to 11 meters in height and 250 in length) were built using the dry masonry method. Presumably, up to 18,000 people lived in the settlement.

An iron column over 7 meters high and weighing over 6 tons is part of an architectural Qutub Minar complex. It was cast in honor of King Chandragupta II in 415. For unclear reasons, the column, which is almost 100% iron, is virtually indestructible.

Scientists are trying to explain this fact by various reasons: the special skill and technology of ancient Indian blacksmiths, dry air and specific climatic conditions in the Delhi region, the formation of a protective shell – in particular, as a result of the fact that the Hindus anointed the sacred monument with oils and incense. Ufologists, as usual, see in the column another proof of the intervention of extraterrestrial intelligence. But the secret of “stainless steel” has not yet been solved.

A 47-meter spider, a 93-meter hummingbird, a 134-meter eagle, a lizard, an alligator, a snake, other zoomorphic and humanoid creatures … Giant images from a bird's eye view seem to be scratched on a rock devoid of vegetation, as if with one hand, in the same style . In fact, these are furrows up to 50 cm deep and up to 135 cm wide, made at different times in the 5th-7th centuries.

In the sands next to a dried-up lake is the oldest archaeoastronomical monument on the planet, on 1000 years older than Stonehenge. The location of the megaliths allows you to determine the day of the summer solstice. Archaeologists believe that people lived here seasonally, when there was water in the lake, so they needed a calendar.

A mechanical device with dials, hands and gears at the beginning of the 20th century was found on a sunken ship sailing from Rhodes (100 BC). After lengthy research and reconstruction, scientists found out that the device served astronomical purposes – it allowed to monitor the movement of celestial bodies and perform very complex calculations.

The ruins of the Roman temple complex date back to the 1st-2nd century AD. e. But the Romans did not build sanctuaries in an empty place. At the base of the temple of Jupiter lie more ancient slabs weighing 300 tons. The western retaining wall is made up of a series of “trilithons” – three limestone blocks, each more than 19 m long, 4 m high and weighing about 800 tons. Roman technology was not able to lift such a weight. By the way, not far from the complex for more than one thousand years, another block has been lying – under 1000 tons.

The complex on the Armenian Highlands is considered the oldest of the largest megalithic structures (approximately X-IX millennium BC). At that time, people were still hunting and gathering, but someone was able to erect circles from huge steles with images of animals.