Not everyone celebrates the New Year at the festive table

In Russia, the hope that the coming year will be better than the past , inspire the ringing of glasses of champagne and the chimes on New Year's Eve. In other countries, the sight of a burning straw man or a broken pomegranate has the same effect on people. 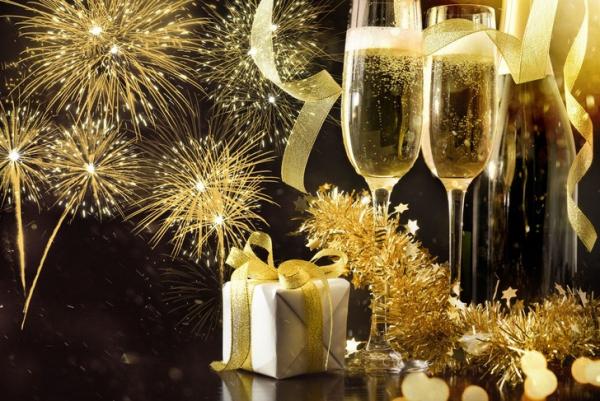 On New Year's Eve, at least a million people gather near the Brandenburg Gate in Berlin to watch colorful fireworks. This show is shown live. Unlike Christmas, it is customary in Germany to celebrate the New Year not at home in a quiet family circle, but noisily and cheerfully on the streets and squares, in bars and clubs.

This tradition is partly associated with an ancient belief that noise can drive away evil spirits. Until 12 o'clock strikes, the Germans wish each other “a good glide into the new year” & nbsp; – this is how the expression Einen guten Rutsch ins neue Jahr!

Brazilians try to celebrate the New Year by the water. Crowds of thousands of people in white clothes, symbolizing the purity of thoughts, gather on the beaches. Brazilians believe that if you jump over seven waves on a festive night, seven wishes will come true. The main thing is not to turn your back on the water, so as not to anger the goddess of the sea Yemanji.

For the same purpose, the inhabitants of the country try to ingratiate themselves with the goddess and present gifts to her – they lower boats with candles, flowers, fruits into the water.

International holiday: 10 New Year traditions from different countries that you can take note of

Before the New Year, the shelves of Greek shops are decorated with pomegranates, not only real ones, but also wooden, plastic, bronze ones … This fruit symbolizes the desire for material wealth. On the night of January 1, a fresh pomegranate is broken on the threshold of the house so that the family can live in abundance in the coming year.

The New Year, which is celebrated in Vietnam according to the lunar calendar, cannot be celebrated, until the spirit of the hearth is released – Tao Kuan. To do this, red fish are released into the pond.

According to legend, Tao Kuan goes to the supreme ruler on a carp. Having turned into a dragon, the fish overcomes the rain gate – the border between earth and sky. Tao Kuan reports to the ruler on how the family lived. Enlisting the patronage of higher powers, the spirit returns to the house with the onset of the new year. 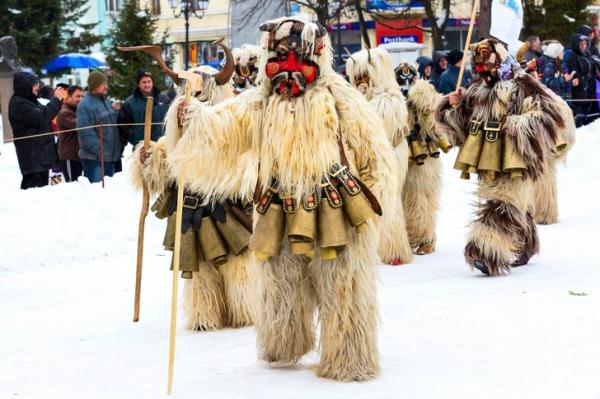 The custom of celebrating the so-called Survaki is associated with the arrival of the new year and the renewal of nature. Kukers roam the streets – men in terrible masks resembling the heads of mythical creatures and animals. The main task of the cookers is to drive away the evil spirits coming from the world of the dead with the ringing of bells to harm people. Cooker masks made of sheep skins, goat horns and bird feathers are designed to deceive evil spirits.

To make it come true for sure: 15 ways to make a wish for the New Year

New Year in China, like many other Asian countries, is celebrated on the first day of the first lunar month. An important element of the New Year festivities, here called Chunjie, is the traditional dragon dance, which is considered a symbol of fertility.

Multimeter figure of the mythical the creatures are propelled by a group of people with long bamboo poles. The dragon is trying to swallow the fireball representing the sun. The dragon dance is accompanied by loud drum and cymbal beats that drive away evil spirits. People throw dummies of banknotes wrapped in red paper at the figure so that the next year will be successful and fertile.

Since 1873, the New Year has been celebrated here, as in Russia, on January 1st. The bells in the temples announce its approach. But instead of 12 times, the Japanese call 108. According to the teachings of the Buddha, a person is subject to 108 vices. To the sound of the bell, they all must go into the past. Having got rid of vices, the Japanese rush to meet the dawn in the temple and clap their hands to attract the attention of the deities and enlist their support for the coming year.

And now she is elegant: when and how the Christmas tree became an attribute of the New Year holidays

Hogmanay is celebrated on New Year's Eve. The streets are filled with musicians with bagpipes and drums and crowds of people with torches. The fire procession moves to the main square of the city or village, where all comers throw their torches into a huge fire. 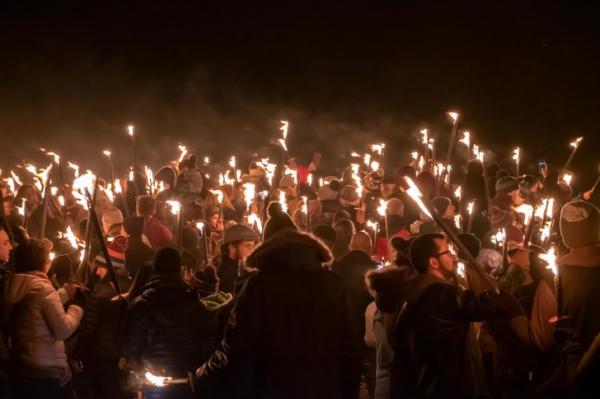 In different areas, the holiday is supplemented with local rituals: somewhere, residents throw not ordinary torches into the fire, but burning balls (metal baskets filled with coals), somewhere they roll a burning barrel of tar through the streets. The roots of all these traditions are in pagan rites, which were designed to drive out evil spirits with fire.

On New Year's Eve, the inhabitants of the country try to appease Ekeko, the god of abundance. To do this, the Ekeko figurine is presented with all sorts of gifts: cigarettes, incense, yellow flowers, sweets. 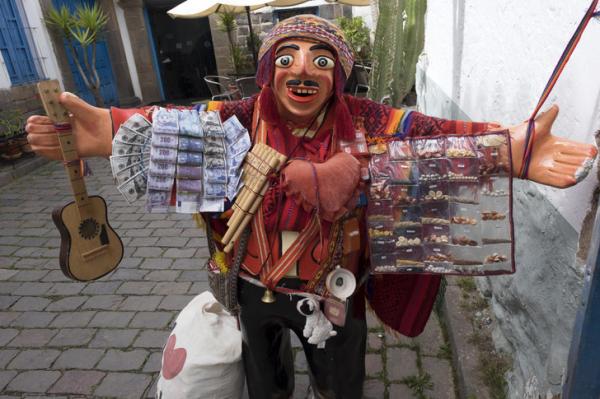 It is believed that in return, Ekeko will give you what you dream of. You can make a wish by hanging banknotes, cars or sugar figures around the neck of the deity, symbolizing what is missing for a good life. For example, two swans mean family happiness, and a pot with a lid means well-being in the house.

On New Year's Eve, despite the cold, the doors of all houses are wide open. The Irish believe that thanks to this, everything bad that happened in the family during the year leaves the house. According to traditions, every passerby can enter any open door and become a welcome guest in the house – a glass of wine and holiday greetings are guaranteed.

The material was published in the magazine “Around the World” No. 1, January 2015 partially updated in December 2022