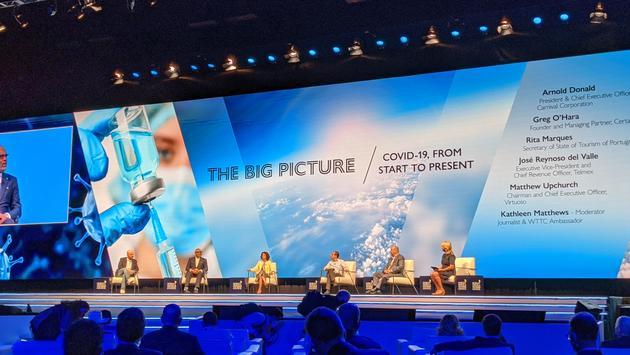 Melati Wijsen, a 12-year Indonesian/Dutch activist who founded a youth-driven initiative to rid the world of plastic bags, with her group Bye Bye Plastics, will be one of the featured speakers next month at the World Travel & Tourism Council (WTTC) Global Summit in Manila.

Wijsen and her sister were named among the “World’s most influential teens” by Time magazine in 2018. They will speak at the travel and tourism event, which will also include South Korean politician Ban Ki-Moon, who served as the eighth Secretary-General of the United Nations between 2007 and 2016, and tourism ministers around the world discussing how to support the sector’s recovery and move beyond to a safer, more resilient, inclusive, and sustainable future.

Julia Simpson, WTTC President & CEO, said in a statement that “We are delighted to have such influential speakers already confirmed for our Global Summit in Manila. Melati is an inspiration to us all. A real changemaker, who from such a young age, has been instrumental in raising awareness of the damage caused by plastic and has inspired young people around the world to lead change. After more than two years, the region is perfectly positioned to post the losses caused by the pandemic. WTTC’s Global Summit will act as a catalyst to drive forward the recovery of a sector that is critical for both the economy and jobs.”

“Preparations are underway to ensure the success of WTTC’s Global Summit in Manila, which serves as the light at the end of tunnel following a long period of darkness for global tourism,” Bernadette Romulo-Puyat, Philippine Tourism Secretary, said in a statement. “It is heartening that these inspiring individuals have joined our efforts to bring the industry onward to full recovery.”